Thanks. My mistake. Sarkozy has a lot of guts. Jackie Bouvier Kennedy? He is a Bouvier?

BTW - What was Jackie’s problem? I was a baby during “Camelot” (gag) but I heard her interviewed during the period and she lisped and sounded like someone with Downs Syndrome.

Thank you. I was amazed when I read Mr Newt had said this had happened as I did not remember it and I am sure there would have been a lot of commentary form the time if it had. The hand holding received some discussion as I recall. Wonder why Newt said what he did?

I’m trying to recall: was this about Newt’s saying Obama is pursuing a “fairy tale foreign policy”?

There were specific things, such as the fact that Obama is cutting our defense budget while China and Russia increase theirs, that Obama is talking about “a world without nuclear weapons” while Iran and North Korea are hard at work on nuclear programs and ballistic missile capabilities.

But on the whole generalized side, we have Obama believing that he can get the world on the US’s side by reducing ourselves to just one nation among many in the world. Obama believes that he can lead by making America another nation in the pack. 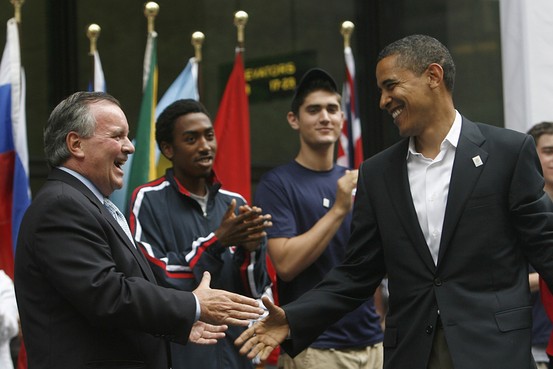 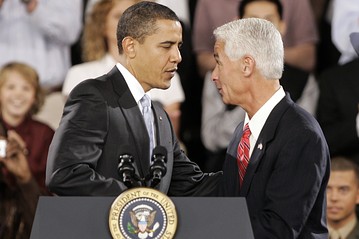 Jackie was a very quiet and discreet person, and as a First Lady, as well. She spoke in a very quiet, little firl-like voice. She is a Lady from another generation and another era. I don’t think she ever gave an interview to the press in her lifetime. I believe if she were alive today, she would be around 80.

Sarko’s maternal grandmother was Adele Bouvier. Adèle Bouvier (1891–1956) Nicolas Sarkozy’s grandmother, was a Catholic like the majority of French people. His grandfather Mallah,borna Sephardic Jew in Greece, converted to Catholicism upon marrying Adèle Bouvier, which had been requested by Adèle’s parents, and changed his name to Benedict.

Sarko’s father, and his paternal grandparents are Hungarian, belonging to the minor Hungarian aristocracy. They, too, were Roman Catholics, although there is some indication there were Protestants in that family, as well.

Genealogy is so fascinating. It can tell you so much about a persons roots and beliefs.

Until it is proven that he is not a citizen,Barack Obam is the occupant of 1600 Pensylvania Ave.Now if it’s proven he is NOT a citizen,you will see a major catastrophe unfold,esp. amoung the left.

Bu... bu... bu... but President Obama was, um, uh, ummmm, was giving a TWO-HANDED handshake, yeah. It was a TWO-HANDER, and THAT’S why he bowed down in what only appeared to be a bow.

Good montage displaying, “Why every human being should finally realize just how completely full of sh!t Barack Obama really is.” I was wrong about Bush, he lowered his head to have some kind of medal put around his neck. That hand-holding was pretty creepy, though.