WWWCD? What Would Walter Cronkite Do?
Lawrence Journal World ^ | May 13, 2013 | Reasonmclucus

Reporters covering the investigation of the major al Qaeda victory at Benghazi should ask themselves: "what would Walter Cronkite do" if he were covering the story.

Let's consider the facts. Most people familiar with the War on Terror knew in September, 2012, that there was a heightened risk of an al Qaeda attack in the U.S. or at American installations outside the U.S. on or about the anniversary of the original 9/11 attack.

The danger was particularly high at American facilities in Libya because of the very unstable situation there and the presence of al Qaeda personnel who were trying to take over the country. Military and CIA personnel in Libya should have been on a high state of alert and prepared to back up personnel at any facility that might be attacked. Their orders should have been to respond immediately to any attack without requesting authorization from Washington. Security should have been particularly tight in Benghazi with the Ambassador in the building.

With modern cell phone technology, personnel should have been calling the State Department as they took cover, grabbed weapons, etc. Both the Secretary of State and President should have been notified immediately. State Department protocol should have required the Secretary, or least the top undersecretary for the region, to monitor the situation using both audio and video from the site, possibly using devices such as smart phones . If a satellite was in position to monitor the situation someone in Washington should have monitored its video. Keep in mind the government has better quality cameras than Google on its satellites.

The Obama administration's initial claim that the facility fell to a rag tag mob of demonstrators implies the facility essentially had no security. Any decent security protocol should have been prepared for the type of attack that Iranian students had used to take over the American embassy in Tehran during the Carter administration. An attack by trained military personnel would have been more easily explained, although security personnel should have been prepared to handle such an attack.

Determining the significance of the successful al Qaeda attack is difficult because of the nature of the War on Terror. Significant battles haven't involved large groups. Although the American casualty toll in the 9/11 attack was high, barely a dozen men conducted the attack. A similar sized American force killed Osama bin Laden. Much of the killing by both sides is done by remote control. Americans use aerial drones. Al Qaeda uses road side bombs.

The attack is at least as significant as the temporary Viet Cong capture of the American embassy in Saigon during the 1968 Tet Offensive. The attack indicates that al Qaeda has successfully broadened the war and is now able to defeat the Americans in Libya and possibly elsewhere. The size of the victory isn't as important as the fact that the attack was an al Qaeda victory. Al Qaeda may not be "winning" the war yet, but as a football sportscaster might say, al Qaeda "has taken the momentum", as demonstrated by the recent successful bombing of the Boston Marathon. Al Qaeda can use its success as a recruitment argument.

The failure of the Americans to come to the rescue during the attack could be interpreted by al Qaeda as proving bin Laden was right when he said the Americans would eventually tire of the fighting.

Walter Cronkite began questioning the American handling of the Vietnam after the attack on the American Embassy in Saigon during the 1968 Tet Offensive. I'm sure he would have asked questions about the War on Terror after the fall of the American consulate in Benghazi, particularly considering the allegations that someone in Washington prevented sending a rescue force. Cronkite knew that Presidents are sometimes mislead by their subordinates and it is the duty of journalists to learn the truth.

TOPICS: Conspiracy; History; Military/Veterans; Politics
KEYWORDS: benghazi; coverup; obama; waltercronkite
It may be hard for some conservatives to believe but there was a time when a liberal news anchor would criticize a liberal president. Johnson was the president who gave use liberal programs like Medicare and subsidized housing. I don't know what happened at Benghazi, but it all sound very wrong.
1 posted on 05/13/2013 11:11:47 AM PDT by kathsua
[ Post Reply | Private Reply | View Replies]
To: kathsua

Cronkite was a traitor to America. 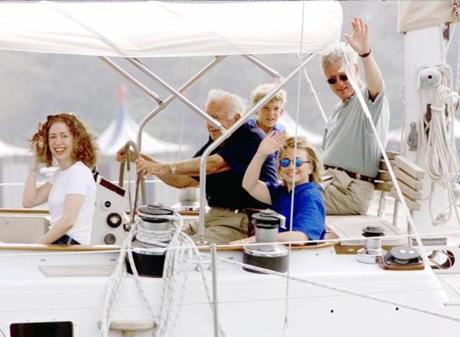 I hope the commie scum Cronkite burns in hell.

The reason Cronkite and his allies in the State-Run Media stabbed LBJ in the back was to pave the way for Robert Kennedy to be President in 1968.

RFK would have beaten Nixon, IMO, had he been the nominee.

By cronkite’s own admission... he was a communist liar that single-handidly decided to destroy any war effort to win in Vietnam. He is every bit the traitor that hanoi jane or mcbrainwashed is.

What would Cronkhite say?

Well.. would this capture it?

“Based on my in-depth, thoughtful and longtime analysis of the vicious enmity this country has against the peaceful citizens of the muslim world, it’s my irrefutable conclusion that, while President Obama is faultless, a necessary comeuppance occurred at the hands of freedom fighters on this, the 11th anniversary of the Islamic uprising against hegenomistic America.

Ask for Lazarus to dip his finger in water and quench his hell burned tongue.

What would Cronkite do? Lie like any other progressive newsreader.

Lie and Distort, of course.

During Tet 68 the VC ran rampant around the U.S. Mission grounds but never got into the Embassy building itself and they were all wiped out.

In Vietnam we hated Cronkite as a backstabbing traitor but that was before Jane Fonda came along. Then there was George McGovern on his knees to Hanoi.

WWWCD? The best thing Cronkite ever did was croak.

Cronkite was a traitor to America.
++++++++++
Correct. If he were alive today he would be running cover for O and HC. The Juan Williams of CBS News.

13 posted on 05/13/2013 11:39:45 AM PDT by InterceptPoint (If I had a tag line this is where you would find it)
[ Post Reply | Private Reply | To 2 | View Replies]
To: kathsua
It may be hard for some conservatives to believe but there was a time when a liberal news anchor would criticize a liberal president.

It may be hard for some youngsters to believe, but Walter Cronkite was as much a traitor to his country as Jane Fonda. Cronkite would've turned a blind eye to Benghazi. Perhaps John Chancellor would've pursued it.

Who cares what he would say? I sure don’t.

Sorry I don't have something more erudite to say. That's pretty much where I am at with all of these people these days...

Cronkite wasn't much more of a "journalist" than any of the current crop of propagandists masquerading as "journalists" today.