Some have suggested that we have a non-serious man in charge, in a world as serious as a heart attack. Others claim that BO is a reckless narcissist, seeking to “vindicate the vanity of the President.” 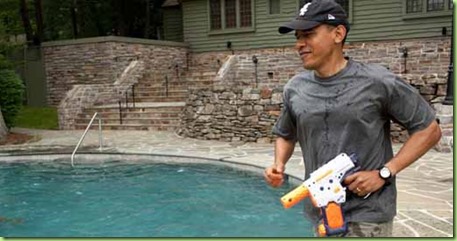 Who are you calling non-serious? Do you see this gun?

Actually both allegations were made by Dr. Charles Krauthammer (political commentator and psychiatrist, so qualified to make such assertions):

Into his third year of dithering, two years after declaring Assad had to go, one year after drawing — then erasing — his own red line on chemical weapons, Barack Obama has been stirred to action.

Or more accurately, shamed into action. Which is the worst possible reason. A president doesn’t commit soldiers to a war for which he has zero enthusiasm. Nor does one go to war for demonstration purposes.

Want to send a message? Call Western Union. A Tomahawk missile is for killing. A serious instrument of war demands a serious purpose.

The man was indeed a very talented phony. He could convince almost anybody of almost anything — provided that they were not already knowledgeable about the subject.

He had once spoken to me very authoritatively about Marxian economics, apparently unaware that I was one of the few people who had read all three volumes of Marx’s “Capital,” and had published articles on Marxian economics in scholarly journals.

What our glib talker was saying might have seemed impressive to someone who had never read “Capital,” as most people have not. But it was complete nonsense to me.

No wait, he was talking about a phony economist there, not Big Guy.

Here’s what he had to say about BO:

The presidential gaffe that struck me when I heard it was Barack Obama’s reference to a military corps as a military “corpse.” He is obviously a man who is used to sounding off about things he has paid little or no attention to in the past. (snip)

Like other truly talented phonies, Barack Obama concentrates his skills on the effect of his words on other people — most of whom do not have the time to become knowledgeable about the things he is talking about. Whether what he says bears any relationship to the facts is politically irrelevant.(snip)

A talented con man, or a slick politician, does not waste his time trying to convince knowledgeable skeptics. His job is to keep the true believers believing. He is not going to convince the others anyway.

Preaching love to the choir

Thus, Dr. Sowell points out, whenever Big Guy decrees something with his cocksured conviction to be absolutely true, he is “convincing” to the uninformed. As he was with the promise of millions of “shovel ready” jobs in return for a trillion dollar stimulus plan. Turns out (ha!) they weren’t so shovel ready after all. Who knew?

Well, according to Dr. Sowell, everyone who knew anything about what was required, thanks primarily to government regulation, to actually get that shovel in the ground.

Only about a year or so after his big spending programs were approved by Congress, Barack Obama himself laughed at how slowly everything was going on his supposedly “shovel-ready” projects.

One wonders how he will laugh when all his golden promises about ObamaCare turn out to be false and a medical disaster. Or when his foreign policy fiascoes in the Middle East are climaxed by a nuclear Iran.

One can only imagine the number of shovel ready jobs associated with the phony promises of Obamacare, 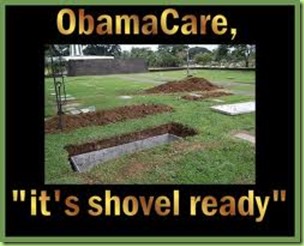 Not to mention the shovel ready potential of phony foreign relations policies of a phony Nobel Peace Prize winner: 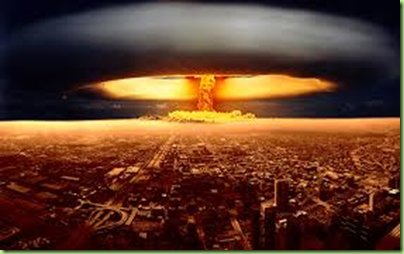 So it looks like we’re off to lob some missiles into Syria all by our lonesome, as the British are not coming after all. Thank goodness we can still count on the moral support of the frogs. 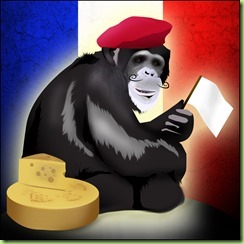 The cheese eating surrender monkeys have got your back Barrack. I hope that’s not racist. 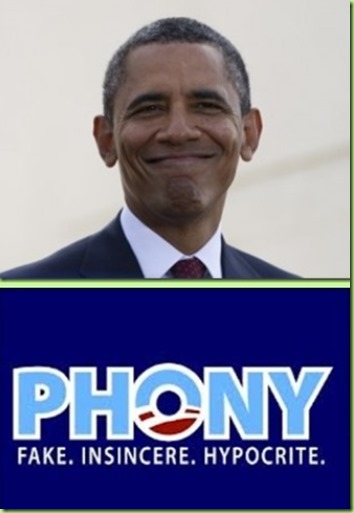 I’m Barack Hussein Obama, and I approve this message. Want to make something of it?

The piece of trash spends most of his time in hiding. “Coward” is the only term that really fits at this point.

And if he does and then they use chemical weapons again, THEN what???

He will send them a letter, telling them how angry we are with them.

You forgot to mention the letter will be sternly worded.

Kerry's speech today was right up there with FDRs pearl harbor speech, NOT. In fact, why was not boy wonder telling the people of the US what he is doing and why? A coward, just like most bullies. He cannot even face those he knows would be against him, not even the malleable white hut press.

Colin Powell said, “Heck, I was a much better liar than Kerry is.”

Peters and Hunt were both on BOR the other night. Both told him this is the worse decision the POS could make. BOR, right up there sunshine soldier that he is, supports obama on this matter.

Well, if that happens then we can send in Chicken Poop John Kerry to lead the Charge Of The Yellow Stripes.

12 posted on 08/30/2013 10:50:22 AM PDT by biff (WAS)
[ Post Reply | Private Reply | To 3 | View Replies]
To: NOBO2012
Pelosi, first elected to Congress in 1987, focused her remarks on foreign policy and security issues. 0bama, she said, "has pursued a go-it-alone foreign policy that leaves us isolated abroad and that steals the resources we need for education and health care here at home." "The president led us into the Syrian war on the basis of unproven assertions without evidence; he embraced a radical doctrine of pre-emptive war unprecedented in our history; and he failed to build a true international coalition," she added. "As a nation, we must show our greatness, not just our strength. America must be a light to the world, not just a missile."
13 posted on 08/30/2013 10:51:18 AM PDT by Servant of the Cross (the Truth will set you free)
[ Post Reply | Private Reply | To 1 | View Replies]
To: NOBO2012

At a moment like this, my advice for the President comes from Kenny Rogers.

I’d say a humble and quiet walk away from Syria would be a prudent course right now.

Why did Kerry come out to speak about Syria, rather than zero? Did he delegate to Kerry?

King Zero is a phony, all right. Look at the "news" media" doing their cheerleading for their selected boy-king wannabe. You know, if a Repub were in office and wanted to "lob a few shells" at Syria, they'd be going nuts about "cowboy diplomacy", "President gone rogue", and would go on and on and on and on about how useless it would be to follow this path.

They would be quoting Dems up one side and down the other about how it would upset the "peace process" (whatever that means to any given Dem on any given day - usually involving Israel giving up land for tenuous promises of "peace").

It’s a DIVERSION from all the domestic scandals besetting this gang of criminals.

Hey, all you stupid low and no information voters. Don’t look there. Look at this shiny thing over HERE!