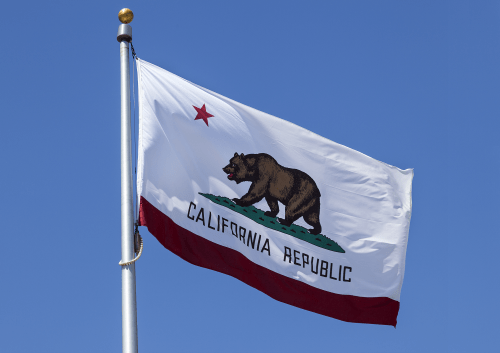 There are two kinds of people who support the Calexit movement. People living in California who think that their state would be far better off without being hitched to the rest of the union, and people living in every other state who can’t wait to get rid of California.

I’d wager that latter of those two know something that most Calexit supporters in California do not. They know that the golden state is a toxic influence on the rest of the country. It’s become a breeding ground for leftists ideologies, and the people who believe those ideologies have run the state into the ground. As California slips further into debt and the cost of living mounts, those people are moving away to states where there are more opportunities.

But rather than abandoning the beliefs that turned their previous home into an expensive bureaucratic hellhole, they often vote and behave just like they did in California. They turn cities in conservative states into bastions leftist deterioration… little microcosms of where they came from.

That’s why it’s pretty obvious that if California really did secede from the United States, it wouldn’t suddenly be unshackled from the rest of the country. The state wouldn’t become some beacon of progressive values and prosperity. Without the balancing influence of the rest of the country, which keeps California in check to some degree, everything wrong with the state would be amplified. Rather than being free to pursue some grand destiny, California would only be free to pursue the same wrongheaded policies that have driven it towards such a stark, downward trajectory.

That fact was on display recently, when Calexit leader Shankar Singam went on Tucker Carlson Tonight. During the interview, Tucker challenged the notion that California would be able to manage itself properly. He brought up the fact that hundreds of thousands of upper and middle class people have left the state in recent years, which to any sane person would be an indication that their government is doing something terribly wrong to drive these people away.

Singam would beg to differ. He admitted, without any coaxing, that this wave of fleeing middle class Californians is a good thing, because it makes room for more immigrants, and helps spread Californian ideals to the rest of the country.

You heard that correctly. He thinks it’s good to push out productive citizens and replace them low skilled migrants.

It’s obvious what would happen if California became it’s own country. The middle class would be hollowed out. It would immediately turn into a banana republic, where you are either a wealthy elitist or an impoverished peasant who is dependent on the state. Though it wouldn’t be in California’s best interest to secede, it’s apparent that America can’t get rid of this cesspool fast enough.

They would become a state of Mexico.

The United States would tip over???

Only liberals would be left to support that regime. But then, wasn’t there something that happened during Lincoln’s presidency regarding some states?

If California as it currently stands somehow manages to secede, they’ll lose nearly all inland and northern counties which will in turn secede from California to rejoin the US instead. Same thing happened in Virginia in the Civil War, which is why we now have West Virginia, so there is precedent.

I don’t think it would be the whole state. Big pieces would remain in the Union. LA, Stank Francesspool, and most of the South would go ... and good riddance.

How much money will we save?

Removal of all military bases?

This is a dangerously stupid idea.

IF the proposed result actually does occur, how easy would it be for a wealthy and elite Mexican drug cartel, or ISIS base, or even a conglomerate of MS13 and the elites, ala The Rolling Stones concert at Altamont with the Hell's Angels as "law enforcement" .. ???

Californian legislators have gravely proven their inability to think and act like mature adults in an American society.


I don't know the answer, but this is stupid.

This Calexit stuff is funny. It’s thrown out there without any analysis of the real challenges, like:

- The U.S. would likely withdraw their military bases, a huge economic impact.

- California has unsustainable debt which the U.S. will no longer protect or guarantee.

- Most large corporations there are U.S. based, with the bulk of their business sales and operations in the rest of the states. Many of those companies would have to relocate to the U.S. or face additional tax and import burdens.

- The numbers of poor and socially-supported people are unsustainable.

- They don’t have enough power to support their state/country, nor the resources to make it.

- The don’t have enough water to support their state/country, nor the resources to draw it.

- The population is engaging in their own “Calexit”, by moving in vast numbers out of the state. These are productive middle class citizens and fed-up wealthy folks. The exodus in unsustainable and would require California to open their borders to immigration even more, creating an even greater burden on their social systems.

These are serious gaps in their plans, which don’t seem to rise to the level of discussion, even in these silly interviews. Calexit would be a disaster for California, and would be an amusing collapse to watch.

To paraphrase an old Groucho Marx line, “Outside of the improvement, no one will miss them”.

It seems California would need to pay their share of the national debt as it exits. That would be up to 12% based on percentage of population. 12% of 20 trillion is 2.4 trillion.

The democraps would never win a national election. 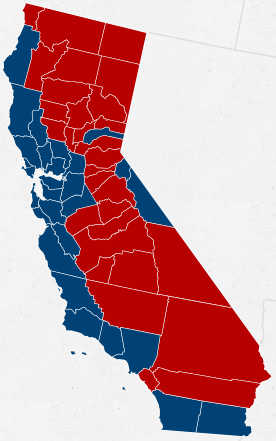 “What Would Really Happen If California Seceded?”

It would quickly become a Venezuela within our borders.