Well, it’s Cinco de Mayo; the great American holiday nestled between Easter and Memorial Day that celebrates guacamole, Mexican beer and Margaritas. I’m not sure if it was Willy Clinton or GW Bush who officially sanctioned it. I think Willy was really more of a hot dog and grinder guy, 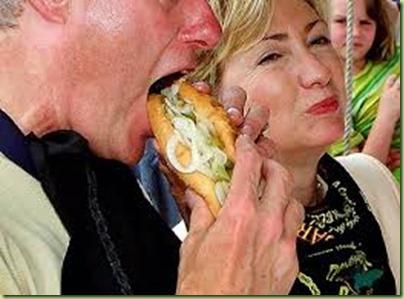 although he would occasionally enjoy a little burrito when the campaign trail diverted him into the barrio. 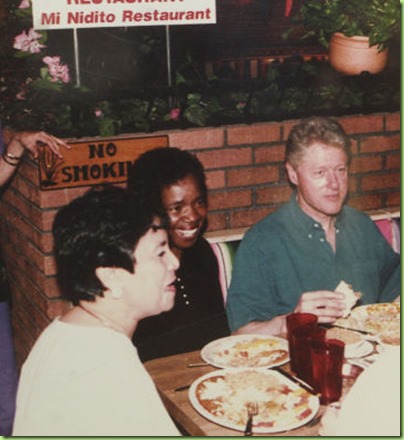 George W was definitely a Tex-Mex nacho kind of guy, so maybe he’s the one that turned the 5th of May into the Mexican St. Patrick’s Day. 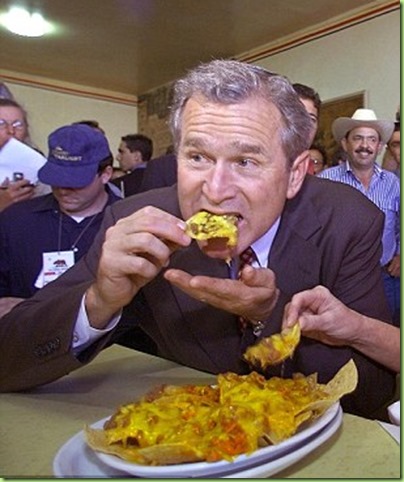 By the time Barry and Lady M got to the White House the 5th of May had become an official State party night. Here’s Lady M looking for her mariachis at the 2011 celebration – which was I believe the last time both Stinko de Mayo and the Kentucky Derby fell on Karl Marx’s birthday. 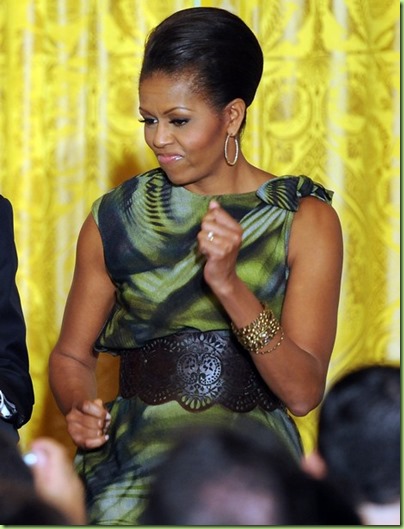 Remember? That was the year Barry warned us not to get caught between MO and a tamale:

“I asked Michelle the other day, I said, what’s your favorite food — because we were sitting around with the girls. She said, oh, Mexican food. That’s — (applause.) You do not want to be between Michelle and a tamale. (Laughter.) That is true. That’s true. But she’s moving, though, so she can afford to have as many tamales as she wants. (Laughter and applause.)”

Gosh, don’t you miss that articulateness of that man? Anyway, I think we can agree that almost everyone likes Mexican food, or what passes for it in every Juan Don Carlos taco stand across America. The Obama’s love it: 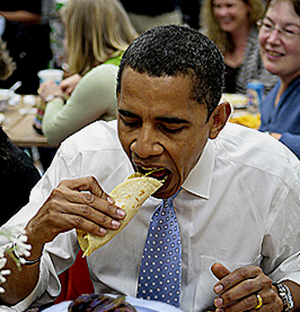 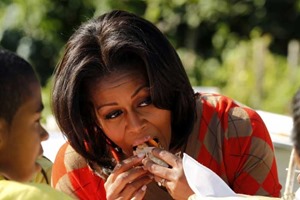 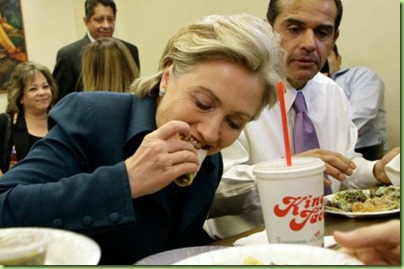 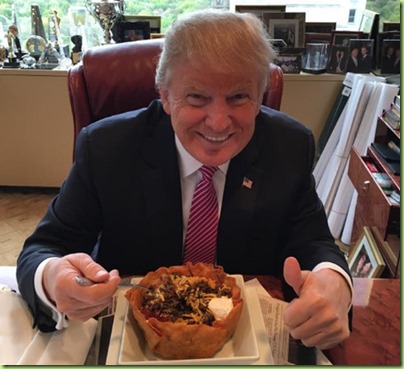 So go ahead, get out there and celebrate Karl Marx’s 200th birthday any way you’d like. Perhaps a little Russian caviar would be nice. And what the heck, maybe a bottle of Dom too. I’m sure the proletariat would understand. 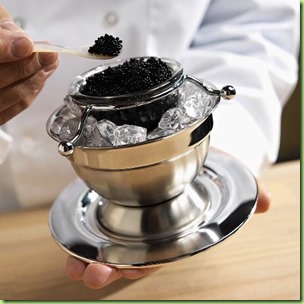 Me, I’m on the road so I packed some mortadella sandwiches, carrots and chips. Is America Great or what?

Willy always knew Hillary would have some hot sauce in her purse.

Most of what the US thinks of as Mexican food was really invented in Texas. I’m making Chinese for dinner, so there’s your cultural approbation. Earlier, I saw two white women wearing pink sombreros in a boat, sigh...

I always heard that Cinco de Mayo was the annual day of mourning that commemorates the loss of the huge mayonaise shipment that was coming to Mexico on the Titanic.

True story. I worked with a guy who thought he knew everything. He was pretty much a total ass. In the lunch room we were talking about cinco de mayo. He said, “Cinco de mayo. Isn’t that sometime in June?”

We all laughed at his stupid ass.