When First Lady Melania Trump said in an interview during her African trip that she “could say I'm the most bullied person on the world,” or at least “one of them, if you really see what people are saying about me,” the media guffawed: what would she know about bullying, being a privileged white woman and all?

Of course the media immediately validated her claims by criticizing everything she said - and wore - during her trip:

On Saturday, Twitter users compared Melania’s Egypt outfit — a Ralph Lauren jacket, wide-leg pants, and a Chanel blouse — to the clothing worn by the villain in Raiders of the Lost Ark, who was a Nazi sympathizer. – Vox 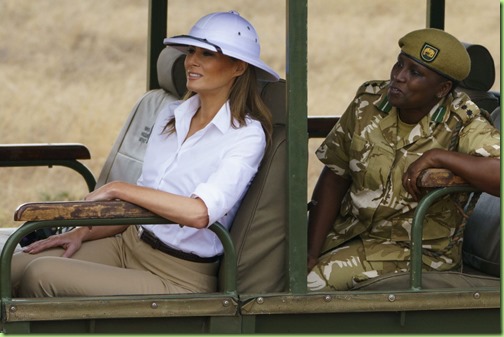 Imperial colonialist Melania Trump in Africa, making the native guide sit at the back of the bus

Her highly photographed Kenyan safari on Friday featured the week’s most controversial outfit: an Out of Africa-esque getup complete with calf-high safari boots and a pith helmet, headgear that was worn by British explorers and colonial administrators in Africa and has endured as a longstanding symbol of European colonial rule in the continent. 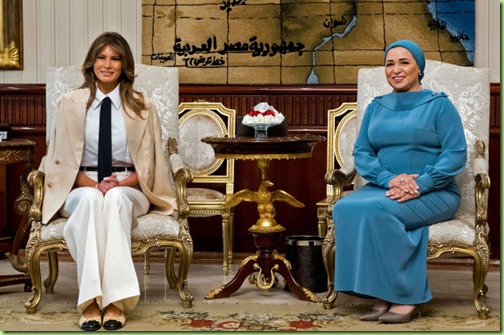 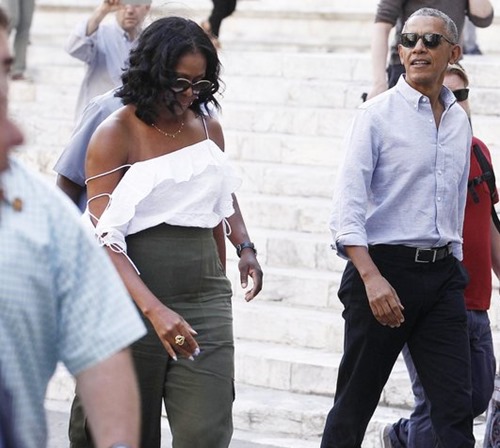 And CNN further illustrated the First Lady’s point by running the following headline: Melania Trump's destructive message to sex crime victims in which they accused her of being a hypocrite in addition to distorting the law. Of course it’s CNN, so whatever. In other headlines from the network in the past week:

And my personal favorite: 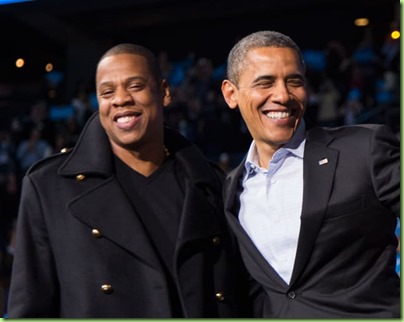 The Jay Z and BO mutual admiration society – remember that? That was sooooo kool!

TOPICS: Humor; Politics
KEYWORDS: jayz; kanyewest; obama; trump
1 posted on 10/12/2018 5:40:34 AM PDT by NOBO2012
[ Post Reply | Private Reply | View Replies]
To: NOBO2012
Thank you for bringing up the photo of Michelle in fashion-conscious Italy with the he-tore-my-pillowcase-and-I-had-nothing-else-to-cover-myself look. I'm the one who almost never criticizes MichelleO for fashion and think she did A LOT to bring back femininity in skirt and dress choices, that a girl or lady can dress to show her personality and to be pretty. But that top....yikes!

Melania in Africa was beautiful. Notice how she always dressed in a way that would not upstage or offend her hosts? One has to assume there was coordination in what hosts and Melania wore for meetings. The photos of Melania at the Pyramids and Melania interacting with African children stand out as the best pictures, ever, of any First Lady! 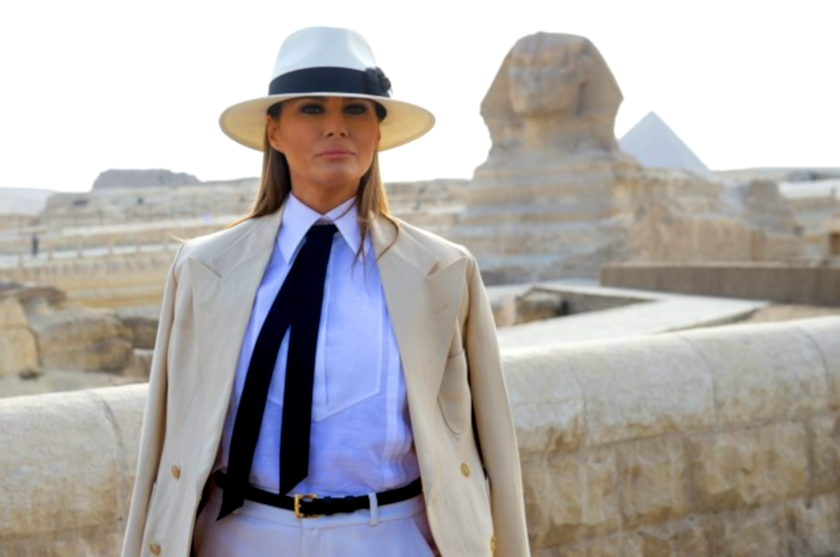