One wonders what Arizona Democrat Kyrsten Sinema and candidate for the Senate seat being vacated by Republican Jeff Flake thinks of the news that the five members of the Taliban, dubbed their “Dream Team”, that President Barack Hussein Obama traded for the traitor and deserter Bowe Bergdahl, have officially returned to the Taliban, their mission once again to kill Americans and, presumably, Arizonans.

Let me take a wild guess and suggest that it is doubtful Sinema will express condemnation of and regret for Obama’s move to honor to excuse a traitor and reward an enemy of the United States, an enemy that tried to kill and are still trying to kill the likes of her Senate opponent, GOP Representative and former A-10 Warthog pilot Martha McSally.

In their only debate, it was revealed that in a 2003 radio interview long-time antiwar activist Sinema said that it was okay with her if you wanted to join those trying to kill the sons and daughters of America in the country that Osama bin Laden used as a base camp to train for and launch the September 11, 2001 terrorist attacks:

Rep. Kyrsten Sinema, the Democratic Senate candidate in Arizona, said in a resurfaced radio interview from 2003 that she does not care if people fight for the Taliban against the United States….

During a February 2003 interview on a radio show hosted by libertarian activist Ernest Hancock, Sinema said she did not object to individuals going abroad to fight for groups hostile to the U.S., Fox News reports.

"As an individual, if I want to go fight in the Taliban army, I go over there, and I'm fighting for the Taliban, I'm saying that's a personal decision," Hancock said.

"Fine. I don't care if you go and do that, go ahead," Sinema replied.

In essence that’s exactly what deserter and traitor Bowe Bergdahl did, seemingly taking Sinema’s advice, when he left his post and his comrades to seek fellowship and communion with our Taliban enemy. Sinema’s radical leftism does not end there as she joined those conspiracy theorists who claim September 11 was an inside job:

Two months after the interview, Sinema told the Arizona Republic that "we should feel compassion" for enemy combatants killed in Iraq.

In 2006, Sinema and Farias spoke at an anti-war rally called "End the US Occupation of Iraq." One of the sponsors of the event was 911 Truth of Arizona. The group's stated mission is "to expose the official lies and cover-up surrounding the events of September 11th, 2001 in a way that inspires the people to overcome denial and understand the truth; namely, that elements within the US government and covert policy apparatus must have orchestrated or participated in the execution of the attacks for these to have happened in the way that they did."

Sinema has tried to tip-toe around her remarks supporting your right to join the Taliban to kill Americans and oppress Afghan women through one of the more severe versions of Sharia law. Nor has she condemned the Bergdahl trade and the return of the Taliban 5 to the jihad against America and the West: 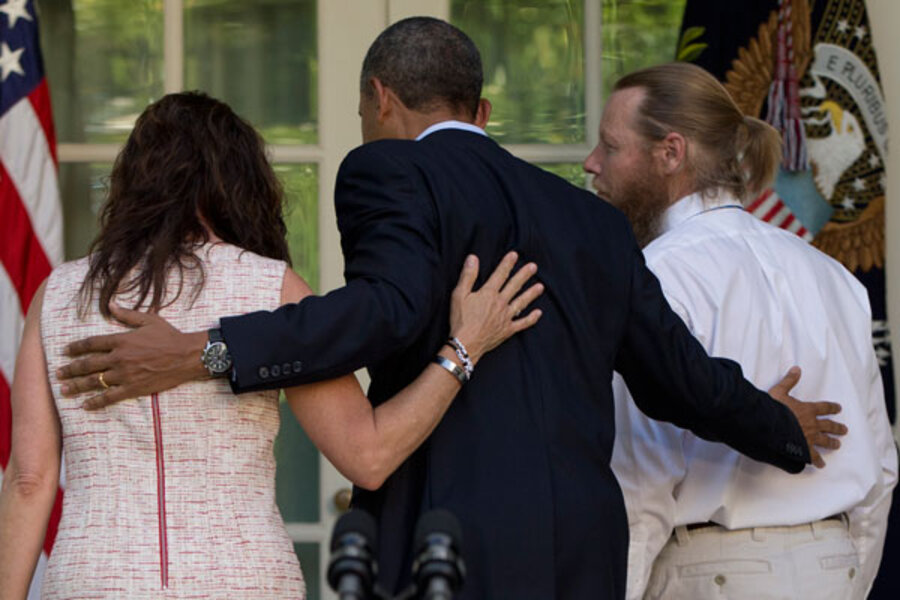 That disgusting reprobate ought to be in prison. But enough about Obama.

If you understand Islam this is to be expected.
When you believe you are doing God's work it trumps everything else, and you won't be deterred by worldly obstacles. - Tom

Obama thought he pensioned them off with all that money

Scary that someone this anti American has gotten so far. Do other countries have their citizens actively fighting against their country?

See how far this communist is getting now...

https://garyfouse.blogspot.com/2019/10/master-sgt-mark-allen-casualty-of-bowe.html “The American soldier President Obama portrayed as a heroic POW of the Taliban and traded five jailed Taliban leaders for his release now looks more like the man President Trump called a “no-good traitor” who should “have been executed.” NY Post.