‘APPLAUSE LINE!’ — Pelosi repeatedly tells mayors to clap for her

Speaker of the House can’t speak. That’s an applause line.

House Speaker Nancy Pelosi was like a mother hen to America’s mayors on Wednesday, telling them when to clap for her. After claiming Democrats support “strong border security initiatives,” she said, “Do you want to— let’s hear it for border security!” as she held her hand up to call for a response.

“The American people elected a House majority that would— that’s an applause line! Not for everybody maybe.”

“And we will strengthen our democracy by passing the Equality Act, that is an act to end discrimination against LG— LGTB community,” she said, messing up the acronym.

“There are two challenges, uh, well, actually three that I want to just close with and that is are— these are the f— these wh— here they are!” she said with a flustered laugh.

Suffering a brain freeze, Pelosi said, “We have to think in a very— dra— drastic way about this,” she told the mayors.

Wrapping up, she flubbed an attempt to connect with the audience.

“We must embrace innovation, inclusion, we just have to establish your motto that you have put forth here today,” she said, fumbling through her papers.

“We’re coming back to it here,” she continued, stalling and reading.

“You know it,” she said, hoping the audience would bail her out of the awkward moment.

Did she thank her fans for the clap?

A torrent of anti-American sentiment capped with a risible lie.

It’s sad to see, aside from politics. She is likely suffering from the onset of dementia or even Alzheimer’s. But nobody in her orbit is willing to say anything, none in her family, none in the Democrat party, are willing to tell her she’s losing it and needs to step aside.

This is a brain on botox.

This woman is third-in-line for the Presidency.

We are so F’ed. Overwhelmingly, our nation is run by senile drunks that live in walled communities and mansions and wealth earned by grifting on the power of being in Congress.

A wise man would buy another sack of rice and an SKS...

What is the equivalent of the 25th amendment for the House Speaker?

Give Nancy the Clap.

Has NANCY been drinking? 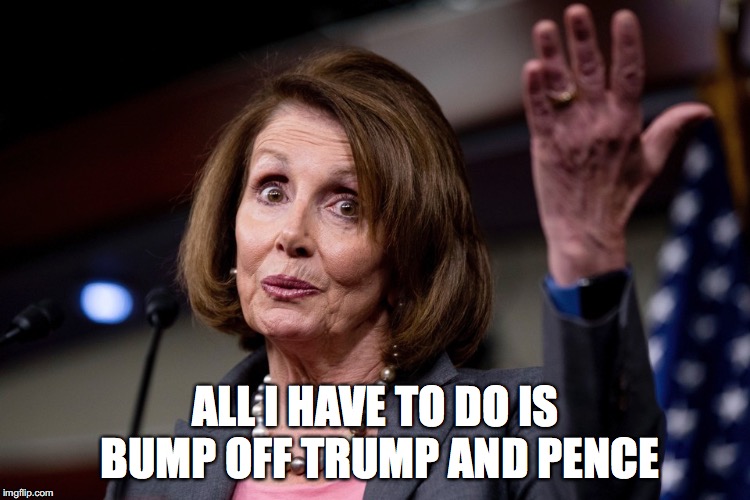 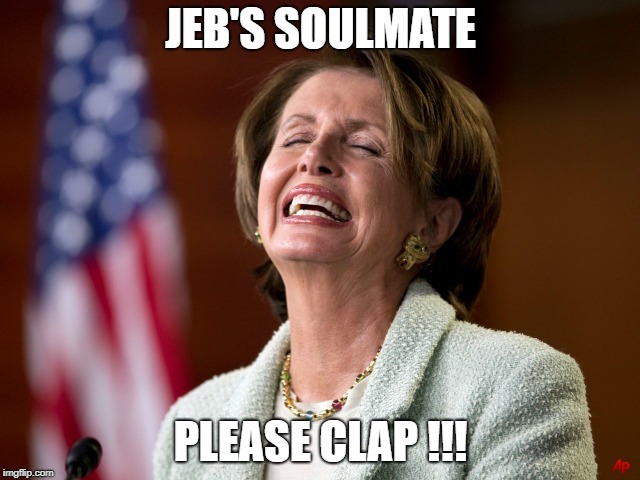 I imagine the stress of the shutdown may start affecting some in Congress, including Pelosi. And given the MSM has put her into the main spotlight, every little thing she does is magnified. Not a good look. Here’s the video without your AIDS infected blog:

her kernal got corrupted

She was rambling incoherently this morning, too.

She is not up to the task. She is very confused.

As others have said, Alzheimers or dementia. I don’t think she will be around very long.