This week, Robert “Beto” O’Rourke, the Kennedyesque former Texas Democrat Representative and failed Senate candidate, changed course and declared he will run for his Party’s nomination in the 2020 presidential election. O’Rourke got his start on the path to politics in his teens as a member of the Cult of the Dead Cow (CDC) during the 1980s.

The CDC financed its activities by pirating software, pilfering long-distance phone service and credit card fraud. The CDC’s web site contained a warning saying: “This site may contain explicit descriptions of or advocate one or more of the following: adultery, murder, morbid violence, bad grammar, deviant sexual conduct in violent contexts, or the consumption of alcohol and illegal drugs.”

O’Rourke used the pilfered services to post what he called “imaginative fiction” using the pen name “Psychedelic Warlord.” One of his stories featured a driver who intentionally killed two children because “they were happy. This happiness was mine by right.”

The newest of the growing collection of Democrats running for president described his experiences with CDC as “a good foundation for my career in politics. Many of the issues we advocated for 30 years ago –adultery, violence, bad grammar, deviant sexuality and drug abuse—have become widely accepted mainstream behaviors.”

“Given my background and visionary brilliance, I am the world’s best chance to stave off the coming climate catastrophe that scientists unanimously agree will occur in 12 years,” O’Rourke bragged. “I am the only candidate bold enough to take the severe and painful measures called for in the Green New Deal. Some people will say that I am pirating an idea first articulated by Rep. Ocasio-Cortez. But let me point out that 30 years before she was born I was writing about cows and urging their extermination as a possible means of deterring their farts.”

At her weekly press conference, House Speaker Nancy Pelosi (D-Calif) was asked to comment on any accomplishments that might recommend his election as president. She responded saying “well, he is a natural born citizen, is more than 35 years old and has lived here for more than 14 years. These qualifications set him apart from the millions of newcomers who will cast ballots to elect our next president.”

Meanwhile, the O’Rourke campaign has posted a want ad for volunteers “willing and able to wax his ass and scrub his balls.” Campaign spokesman Peter Hynd cryptically explained the bizarre request, saying that “the candidate requires certain personal attentions to look, feel and be at his best.” 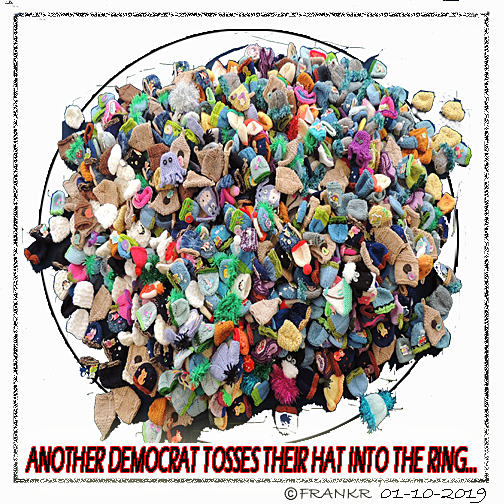 Here's a lineup of "AMERICA'S MOST UNWANTED."

This guy is such a beta male he makes Jeb Bush look masculine.

Trump,would win 47 states against This asshat and I’m not kidding

5 posted on 03/16/2019 12:59:48 PM PDT by WashingtonFire (The charisma of Reagan + the vision of Jefferson + the patriotism of Washington = Trump)
[ Post Reply | Private Reply | To 1 | View Replies]
To: All
He's a credit card fraudster, a software pirate, a (gag) Poet, punk rocker, skateboarder, keeps his teeth clean, and hoists one too many.

BETO SLAPPED DOWN BY THE LEFT----Left-wing activists and liberal journalists slammed and mocked “Beto” O’Rourke after he told Vanity Fair that he was “born” to run for president. The left says he "reeks of white male privilege." (Excerpt) Read more at breitbart.com ...

He instagrammed this over the net. 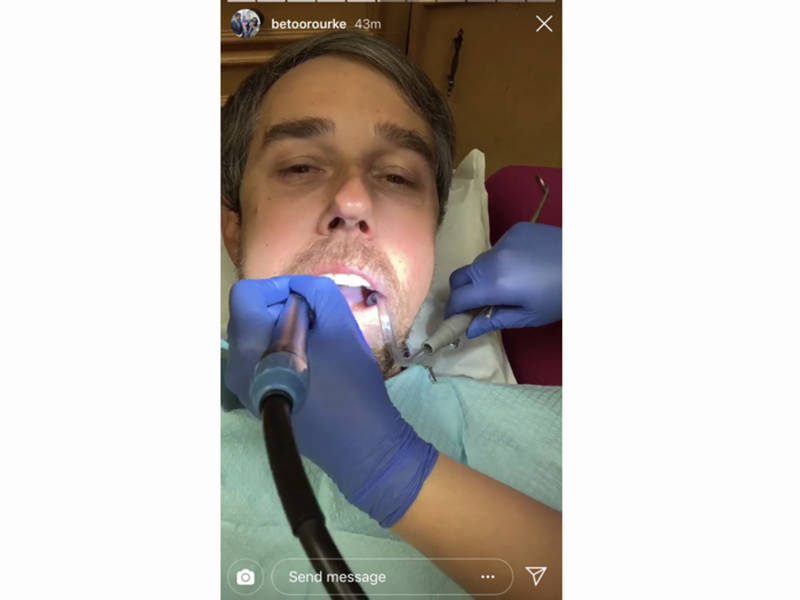 His best asset is the ridiculous adoration the media gave him because they dislike Cruz so much. Rock star treatment with nothing of substance to back it up. He will not fare well on the national stage.....

If the Media likes someone, there must be something crooked about that person. The Media usually doesn’t like good people.

Thought they were talking about Plagarizing Joe Biden

He waited too long to betray his four public promises to his children not to run. Even the rats know he has no substance. White, straight, male, rich. He should have struck right after the election... first out of the gate. As it is he’s entering after a number of candidates of more appealing flavors: gay, female, black, Hispanic, handicapped, Native American (snicker) beat him out of the gate

In 1999 Kieth Russell Judd was convicted of two counts of “mailing a threatening communication with intent to extort money or something of value” and sentenced to 210 months (17½ years) in federal prison.

In 2012 Mr. Judd, while still in prison, ran in the closed West Virginia Democrat Presidential Primary election against the incumbant Barack Hussein Obama.

Mr. Judd lost, having obtained only 40.65% of the votes in an election where ONLY registered Democrats could vote.

12 posted on 03/16/2019 6:28:11 PM PDT by Roccus (When you talk to a politician...ANY politician...always say, "Remember Ceausescu")
[ Post Reply | Private Reply | To 1 | View Replies]
To: John Semmens
“Given my background and visionary brilliance, I am the world’s best chance to stave off the coming climate catastrophe that scientists unanimously agree will occur in 12 years,” O’Rourke bragged. “