Just a coincidence, no doubt. – So, with their corrupt media cohorts struggling to spin their disastrous first day of impeachment circus hearings to their advantage, the Democrats were desperate all Thursday morning to change the narrative. There were no bombshells in the testimony of either Bill Taylor or the dapper dandy George Kent, no revelations of anything resembling impeachable behavior by President Donald Trump, nothing for anyone in the Democrat/media/deep state Axis of Disinformation to hang their rhetorical hats on.

As a result, it was a very slow news morning for America for once. And then it all magically changed, with yet another school shooting, this time in a high school in Santa Clarita, California, where a 15 year-old male student shot at his fellow students, injuring at least six and killing at least one. In the coming days, we will no doubt be told that this “lone wolf” suffered from mental issues that required him to take multiple prescription medications. We will learn that he comes from a broken family, that he had severe discipline issues at school and multiple run-ins with law enforcement over a period of many months, and probably that he was even known to the local FBI office.

That’s the seeming script for these things that our nation knows all too well by now. Script or not, the latest mass school shooting provides Democrat politicians the opportunity to change the day’s narrative on a dime, and their corrupt media toadies the ability to quit talking about the foundering impeachment circus and shift to promoting gun control and demonizing Republicans, the NRA and any American citizen who believes in the 2nd Amendment to the Constitution.

Within two hours of news of the shooting hitting the airwaves, Kamala Harris had a new gun control ad out on her Twitter account:

Embedded video 3,471 1:45 PM - Nov 14, 2019 Twitter Ads info and privacy 1,412 people are talking about this That’s some fast work right there. It’s funny how this happens, isn’t it? But surely just a coincidence. Right? I mean, to believe otherwise you would have to believe the worst things imaginable about certain people in our government, wouldn’t you?

I’ve seen folks promoting conspiracy theories about this subject on social media and elsewhere in recent months, but I’ve always just dismissed it all as rank paranoia. So, I thought, let’s disprove any notion of “conspiracy” here and look at what happened the last time the Democrats had such a miserable failure in a nationally-televised congressional hearing. I didn’t have to go back very far in time to do that – just less than four months ago.

Let’s go back to July 24-25 to see the exact same sequence of events happening again. On July 24, Special Counsel Robert Mueller appeared before a joint hearing of several House committees to talk about his report which failed to nail President Trump or even provide a viable roadmap for his impeachment, its goal from the outset.

Remember how Mueller appeared frail, barely in control of his mental faculties, unable to remember the simplest details about the investigation he supposedly led and the report he supposedly authored. Remember what an abject disaster that hearing was for the Democrat Party, so disastrous that even their most corrupt media toadies at CNN were forced to acknowledge its abject failure to advance the ball for the never-ending coup d’etat.

What happened the very next day? A mass shooting in California’s San Fernando Valley, in which a man killed four people, including his father and brother, and wounded two more at a total of four different crime scenes.

What happened barely a week after the San Fernando shootings, as congress was getting out of town for its month-long recess, which would inevitably cause a bit of a vacuum where their favored narratives were concerned? On August 3, not one but TWO mass shootings, this time in El Paso, Texas and Dayton, Ohio. Big shootings, too – a total of 32 people killed and another 51 injured.

Every one of the 22 or so then-candidates for the Democrat nomination immediately made narratives about gun control and “white supremacy” their key campaign talking points for the entire duration of the congressional recess. The August narratives were set in stone.

Just another coincidence, no doubt. To think otherwise is, well, it’s unthinkable. Isn’t it?

Since then, it’s been very slow on the mass shooting front. Oh, you have had the usual drive-by and gang-related shootings across the country, and fights at big parties in Greenville, Texas and Long Beach, California that resulted in multiple deaths and injuries, but it’s a big country with 330 million citizens and that’s going to be an inevitable part of our societal landscape.

Now, think about what’s been happening in the media narrative space since congress got back in early September. The whole Ukraine narrative started percolating to the surface shortly after congress resumed its work to destroy the country, and that narrative has dominated the news ever since. The Democrats and their media toadies were having a field day, and they knew it.

But then they made yesterday’s strategic error, and suddenly things were getting uncomfortable.

Just like clockwork, yet another school shooting takes place, and here we go on the gun control narrative one more time.

Surely just coincidence. In fact, surely just a rather amazing string of coincidences. But amazing they have been.

Yes - one person is a mass killing, Mr. Hearst.

Peculiar, how the Hogglet and his merry band were all ready at Parkland just in time for the massacre there and how the sheriff even kept first responders out of the school to maximize casualties and deaths.

Thanks to Robert Frost via Telefon

The number killed versus the caption is not the point here. The point here is that the hearings are going badly, so they need something to take that off the front page - gee, what do you know, a “mass” shooting. . .

If one was conspiracy minded one could come to the conclusion that these shootings are somehow triggered. The timing is certainly convenient for some folks.

8 posted on 11/14/2019 1:02:19 PM PST by T. P. Pole
[ Post Reply | Private Reply | To 2 | View Replies]
To: EyesOfTX
I was wondering if Shiffty Shiff would use this shooting as an excuse to cancel tomorrows hearing and save some more humiliation, and wondered who's congressional district Santa Clarita is in. This one: 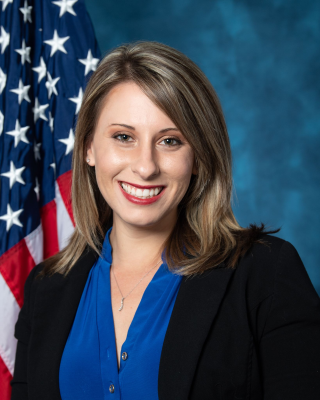 She’s a hunka-hunka burnin’ love, that one!

The left has a typical politic-asm with impeachment and a gun murder.

13 posted on 11/14/2019 1:10:21 PM PST by petro45acp (CHAOS TO THE ENEMY!!! It is part of daily prayer now....every bit helps to get America back.)
[ Post Reply | Private Reply | To 4 | View Replies]
To: EyesOfTX
...no revelations of anything resembling impeachable behavior by President Donald Trump, nothing for anyone in the Democrat/media/deep state Axis of Disinformation to hang their rhetorical hats on.

Democrats will never accept this President or any other person NOT from their little corrupt tribe. We need to hold back our ballot boxes in 2020 so they don't know how many ballots to stuff... That'll knock out a fair share of the dipsh*t democrats.

“If one was conspiracy minded one could come to the conclusion that these shootings are somehow triggered.”

Well, duh, they trigger them with the microwave beams from the top secret Illuminati satellites. That’s why you have to keep your tinfoil hat on tight at all times.

When you know your enemy is not only capable of doing this, but quite willing to do so, is it really paranoia to suspect they might have done it?

We are dealing with people would push their mothers onto train tracks to achieve their goals. How does that make us paranoid?

...if you don’t mind standing in line.