The Brits: they just copycat everything we do. First they elect a guy with goofy blonde hair who wants to make Britain sovereign again:

Then the disloyal opposition rolls out their “resistance” - which looks a lot like the Trump resistance on the other side of the pond. All the usual suspects showed up to cry and howl at the full moon. 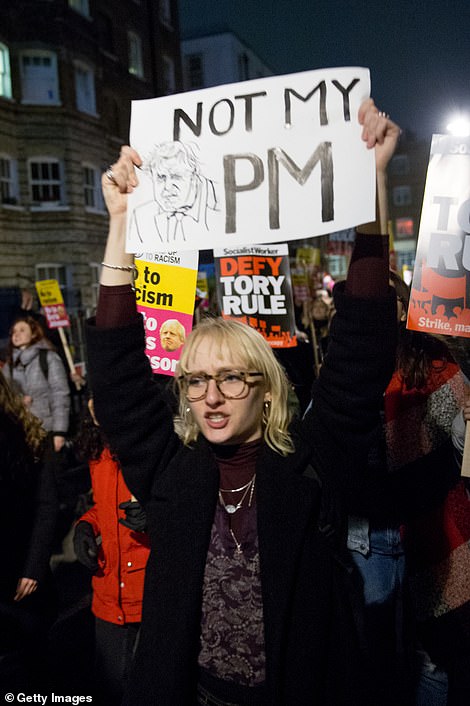 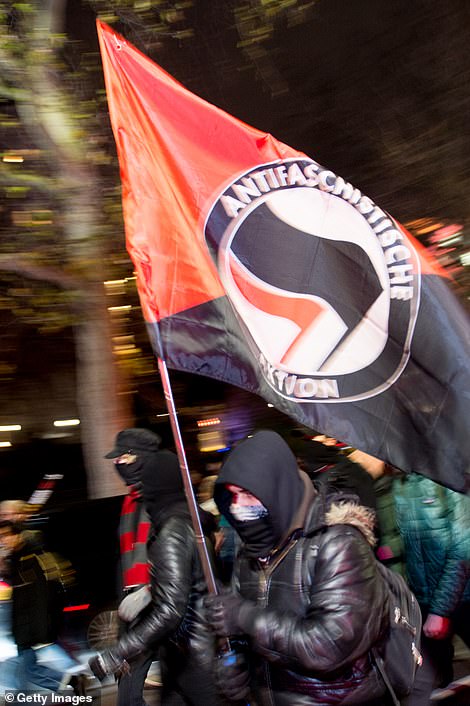 Funny how Antifa always shows up for these “spontaneous” protests. 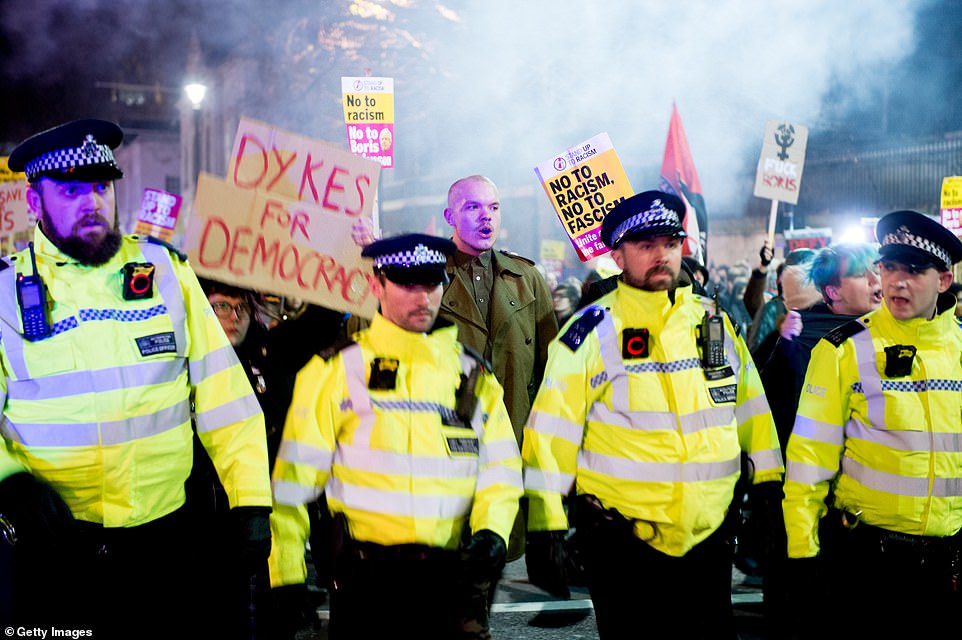 Add homophobia and sexism to the charges of racism. 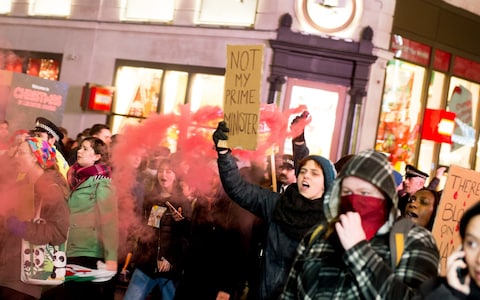 Anti-Tory protesters marched on Whitehall last night, rejecting the result of the general election and chanting that Boris Johnson is “not my prime minister”.

Crowds gathered in London and Glasgow last night to express their anger at Mr. Johnson’s victory. How dare he? But that’s what the left does now when they lose, whine and plot revenge. It’s like a reality show.

The mob’s temper tantrum was accompanied by speakers calling Johnson a racist (for winning) and railing against his racism (again, for winning). As John Hinderaker cogently points out, for the left It’s Only Democracy If They Win. And when they don’t it’s always because of racism.

In Britain as in America, it is “racist” to disagree with a leftist, regardless of whether the subject at hand has anything to do with race.

I was going to ask “how long before the leftist Brits create a Baby Boris Balloon, but I see I’m already too late: 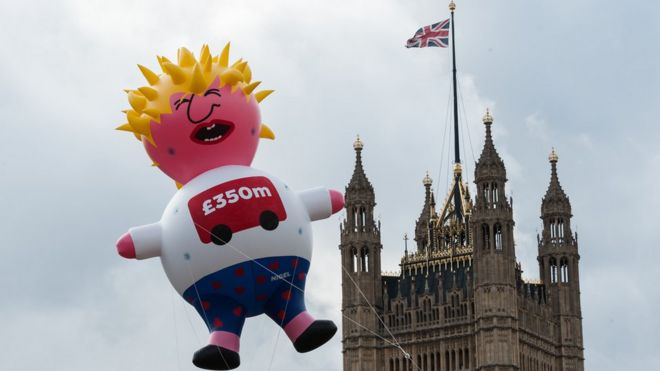 They really are running on empty, but that doesn’t mean they’re harmless.

One wonders why leftists are so against freedom and independence.

I’m thinking something went wonky in the DNA making them permanently mentally unfit.

Dykes for democracy? That gave me a good chuckle.

“Will no one rid me of this meddlesome balloon?”

“But Minister, it simply points out how childish your opponents are. Projection-ism!”

Maybe it REALLY IS the soy!

Because liberals are conformists glued to Oprah on TV gushing over politics and policies only the super rich and powerful can afford to enjoy
From gun control, to abortion, marriage “equality” polygamy etc... none of the plebes can enjoy these “fruits”. They are meant for ravenous venomous coke head cult celeb.

The liberals are stupid

The demonically inspired seem to only have one playbook to work from no matter their location in the world nor the century that they live in.