Don’t make any promises you can’t keep, girl. – Megan Markle and her hairy husband Harry just gave us one more reason to vote for Trump in 2020: News broke over the weekend that the soon-to-be-ex-royal couple will never return to live in America until the Trump presidency is over. It’s going to be a long, cold five years for these two up in their new home in Canada.

Come to think of it, maybe this is a good time to re-visit that whole 22nd Amendment. You know, the one that limits U.S. presidents to serving two terms? Or hey, maybe the Trump Administration should extend its travel ban to Canada. That would work.

WINNING. Soooo much WINNING. – With stock market futures pointing to yet another banner day; the trade delegation from China about to land at Reagan National Airport for Wednesday’s signing ceremony; San Fran Nan getting ready to send her fake articles of impeachment over to the Senate where they will be quickly disposed of; and the Democrats having relegated their entire party to being apologists for the Mullahs in Iran; here is President Donald J. Trump’s schedule for the coming week:

Friday: Getting tired of WINNING yet? No?

The Joker does Climatey Changey hypocrisy like a champ. – Joaquin Phoenix spoke to a climate change rally in Washington, DC on Friday because it makes for great virtue signaling, which of course is the most important aspect of the global Church of Climate Change dogma.

As reported by the Daily Caller, Phoenix had this to say to the crowd of brainwashed Gaia worshippers:

“I struggle so much with what I can do at times. There are things I can’t avoid. I flew a plane out here last night, but one thing I can do is change my eating habits. So I just want to urge all of you to join me in that.”

Oh, of course. Flying a carbon dioxide spewing private jet all the way across the country on a lark just can’t be avoided. Because, you know, Climate Change and stuff, or something. It’s urgent. We only have 10 years, or 12 years, or 5 years, or 10 days, or it’s already too late, or whatever the latest alarmist dogma happens to be.

“Something that oftentimes isn’t talked about in the environmental movement or in the conversation about climate change is that the meat and dairy industry is the third-leading cause of climate change.”

But of course, the crowd of brain-dead Gaia worshippers gathered in Washington on Friday ate it all up, and the corrupt news media just repeated the Joker’s nonsense ad nauseum without critical examination. Because they’re corrupt, and that’s what they do.

So, let’s review the Joker’s trip: He flies a petroleum-fueled private jet all the way across the United States to Reagan International Airport, where he no doubt climbed into a petroleum-fueled limousine or gas-guzzling SUV to make the drive over to the National Mall or wherever this gathering of the brainwashed masses was held.

There he made a speech filled with abject junk science and other outrageous lies that lasted all of … wait for it…oh, you have to wait for this one…A MINUTE AND 16 SECONDS. I kid you not – who could possibly make this stuff up?

Then, after his gig was over, the Joker got back into his limo, which took him back to the airport, where he got back into his private jet and flew back out to Hollywood. Because, as Phoenix himself stated in his 76-second speech, “There are things I can’t avoid.”

I would like to extend my personal thanks to the late River Phoenix ... for reducing the carbon footprint of this family of sh!tbags.

Their hypocrisy would be stunning, if it wasn’t so common and widespread.

He suggests changing diet since that’s the only thing his fanbase can emulate. They don’t have the mansion or jet set lifestyle.

Does the Left engage in blatant hypocrisy? You bet it does, every day all the time. But does it ever cause them to let up in their relentless attacks against us? No, not even for a nanosecond.

If climate change alarmists will lie about the Australia wildfires, what else will they lie to you about?

I’d say Trump is correct in suggesting he get a third term as punishment for the coup.

It’s good to be the king!

How much fossil fuel was used in making his stupid Joker movie?

he could have skyped it.

but i guess he doesn’t like playing on a small screen.

I betcha he was wearing some really snazzy leather shoes too, with a belt to match.

They film certain scenes from Better Call Saul near where I work. For a scene with less than a minute of air time, they bring in about 100 people, at least one portable generator set (diesel-powered) that runs 24/7 while they are set up (usually 3-4 days), around 100 people, anywhere from 30-50 vehicles depending on what they're filming (with some constantly idling or driving back-and-forth shuttling people from their air-conditioned trailers to the set (oh, and that means another gen-set), and disrupt the traffic and work-flow of the area.

1 minute of screen time, probably more energy spewed from those gen-sets in three days than I would consume in a year of commuting.

14 posted on 01/13/2020 6:06:51 AM PST by FLT-bird
[ Post Reply | Private Reply | To 1 | View Replies]
To: EyesOfTX
Megan Markle and her hairy husband Harry just gave us one more reason to vote for Trump in 2020: News broke over the weekend that the soon-to-be-ex-royal couple will never return to live in America until the Trump presidency is over.

Harry and Yoko Markle are just one step away from holding press conferences for peace from a bed in some hotel.

Was teaching a class at the old courthouse in downtown Albuquerque a while back and they were filming some scenes for Better Call Saul. What a cluster for anyone not involved in the shoot.

Just another one of the little people

Joaquin Phoenix may be doing the Brangelina thing: Buy up the adjacent properties near his principal residence, throw up menacing-looking gates to keep the rif-raff out, and then call the whole mish-mash a compound. Phoenix just bought a 2,511-square-foot house near his existing one for $1,390,700.

If one is irrational like a believer in leftardloonism one will regard integrity as an unrealistic illusion. One will then allow oneself to be a hypocrite with no guilt or even awareness of it. 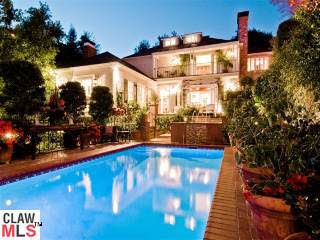 Nice digs there, Joaquin. Guaranteed my entire year's utility bill is much less than a week of yours. So many hypocrites we need score cards.