Or, the virtually ignored factors that make you miss and how to correct for them. - In America, if a gun feels good and is easy to hit with, the standard pat answer is that it has "good balance." But that’s only part of the equation and using it as a pat answer is like picking one number and saying it is the correct answer to every mathematical equation. That just don't cut it. Most people let the manufacturers tell them what they want. But often the manufacturer is concerned with their profit margin more than the fine points of gun responsiveness in the hand and the ease of hitting with it. Indeed, this subject is rarely pursued very far. The result is that many people have guns that are not well suited to them and cause them to miss more than they should. There are several virtually ignored factors that can explain misses, and we will explore them here.

MUZZLE BLAST - Muzzle blast is as big a factor in flinching as recoil is. It is much more serious than recoil, as it can quickly produce permanent hearing loss. Handgun cartridges like the .454 Casul have a decibel level so high that both ear plugs and earmuffs together cannot guarantee you will not have permanent hearing loss. Imagine shooting one without any hearing protection, as you would be doing if you were carrying one and suddenly had to fire it.
Many African guides will not let their clients use a ported Weatherby Magnum because one shot from these rifles has produced permanent hearing loss in the hunter, as well as guides and trackers standing nearby. While supersonic velocities that add a sonic boom to the muzzle blast are fine in rifles, they are hell in handguns where anything over 1,100 feet per second adds far too much noise. The old high-velocity .32-20 loads (not the mild cowboy action loads of today) were among the first big offenders. There is an old saying that every .32-20 revolver has been dropped once, when the owner first fired it and then grabbed his ears in pain. That’s why the Kimball .30 carbine auto pistol and the Ruger single-actions chambered for the .30 carbine never caught on. It hurts your ears too bad to shoot them. They should have taken note that this was the reason the Army developed, then quickly abandoned, a .30 carbine pistol in World War II. No one could stand firing it.
I have known men to quit shooting .44 Magnum handguns and other overly loud guns simply because of the excessive noise. There is a limit to what you can take and still shoot straight. Those who say it doesn’t bother them all seem to have hearing loss. That’s too high a price to pay.

If you flinch from the noise, there is good reason. Decibel level should be a consideration in your purchase. Muzzle brakes divert gas and noise back at you, reducing felt recoil while destroying hearing. It’s better to be kicked than deafened.

RECOIL AND WEIGHT - Recoil is another factor that causes flinching and therefore misses. To begin with, no one ever seems to teach people how to handle it, and then some guns are really fierce kickers. To shoot a gun with heavy recoil, like a big elephant gun, you should lean into the gun so it can push you straight upright instead of backwards, which can result in you falling. Women in particular are prone to balance a heavy rifle by leaning backwards so the weight is better centered over their body for more comfort. When you are straight up or leaning back a bit, don’t be surprised when a .577 3-inch Nitro Express shoves you off balance and you find yourself sitting on the ground. Leaning into the gun is only part of handling that much recoil. Hold the gun tightly without being so tight you shake, for a big 4-gauge rifle is capable of leaping out of your hands when gripped normally and fired. Read the rest of rifle accuracy factors.

Recoil is an odd thing.

I used to shoot with a good friend who I worked with. He had just bought a John Wayne Commemorative model 94 in 30-30 and I had just got a Siles 54 cal. Sharps.

To me the 30-30 hurt my shoulder and the Sharps was just a big push. For him it was just the opposite.

To me a Walther .380 seemed to recoil nearly as bad as a Ruger Super Blackhawk in .44 mag. 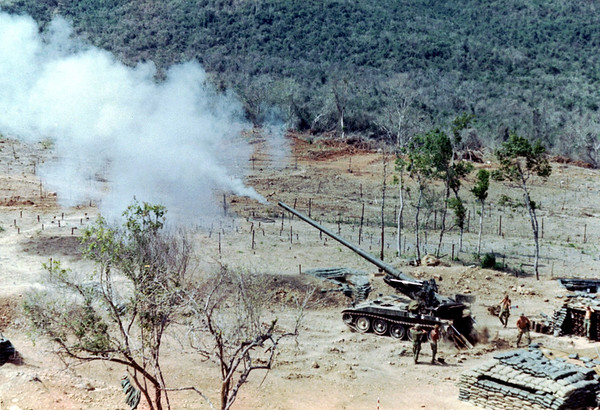 I would like to see a blast suppressor design that cuts the blast, smoothens the recoil, still pushes the gas forward, and not need government permission.

I shot a friend’s Desert Eagle a couple of times and my hand felt like I just played catch with Roger Clemens.

Good article. Thanks for posting.

One of the worst guns as far as recoil I’ve owned was a 20 gauge Beretta 687L O/U with 26” barrels. I only had it for a short while. It was lightweight and it kicked like the proverbial mule with 7/8oz loads. I’m not normally recoil sensitive, but I couldn’t wait to get rid of that evil little gun. I had a JP Sauer 20 gauge side by side of about the same weight, and the recoil wasn’t nearly as bad as that Beretta.

But why, for shotguns? Suppressors? It ain’t like the movie “No Country for Old Men”!

Not particularly for shotguns, for rifle, especially carbine. On 2nd thought, short barrel shotguns too. Some shotguns have side ports. I’m not thinking of a suppressor but something similar that cuts the blast enough to protect hearing but keeps government permission out of the picture. A cover for the side ports to tune them but still forward discharge.