Well, there you have it. – During his press conference Monday addressing developments in the investigation of last year’s mass shooting at NAS Pensacola, Attorney General William Barr took time to also discuss the progress of the ongoing investigation of Spygate/Obamagate led by U.S. Attorney John Durham. During the course of his four minutes of remarks, Barr made clear that, regardless of what Durham’s investigation reveals about the involvement of Barack Obama and Joe Biden, his DOJ will refuse to prosecute either man.

Below is a clip of Barr’s remarks, followed by a transcript:

“What happened to the President in the 2016 Election.. was abhorrent, it was a grave injustice and it was unprecedented in American history."

“So long as I serve as Attorney General the criminal justice system will not be used for partisan political end, and this is especially true for the upcoming elections in November. We live in a very divided country right now, and I think it is critical that we have an election where the American people are allowed to make the decision, a choice between President Trump and Vice President Biden based on a robust debate of policy issues. And we can’t allow this process to be hijacked by efforts to drum up criminal investigations of either candidate.

“I’m committed that this election will be conducted without this kind of interference. Any effort to pursue an investigation of either candidate has to be approved by me. Now, what happened to the President, and I’ve said this many times, what happened to the President in the 2016 election and throughout the first two years of his administration was abhorrent. It was a grave injustice, and it was unprecedented in American history.

“The law enforcement apparatus in this country were involved in advancing a false and utterly baseless Russian Collusion narrative against the President. The proper investigative and prosecutive standards of the Department of Justice were abused, in my view, in order to reach a particular result. We saw two different standards of justice emerge: one that applied to President Trump and his associates, and the other that applied to everybody else. We can’t allow this to ever happen again.

“The Durham investigation is trying to get to the bottom of what really happened, and it will determine whether there were any federal laws broken; and if there were, those who broke the laws will be held to account. But this cannot be, and it will not be, a tit for tat exercise. We are not going to lower the standards just to achieve a result. The only way to stop this vicious cycle, the only way to break away from this dual system of justice, is to make sure that we scrupulously apply the single and proper standard of justice for everybody.

“Now, under the longstanding standards of the Department of Justice, criminal charges are appropriate only when we have enough evidence to prove each element of a crime beyond a reasonable doubt. That is the standard we’re applying.

“Now, I have a general idea of how Mr. Durham’s investigation is going, and as I have indicated, some aspects of what happened are being examined as potential crimes. But we have to bear in mind what the Supreme Court recently reminded us of in the Bridge Gate case: As the Court said there, there is a difference between an abuse of power and a federal crime. Not every abuse of power, no matter how outrageous, is necessarily a federal crime.

“As to President Obama and Vice President Biden: Whatever their level of involvement, based on the information I have today, I don’t expect Mr. Durham’s work will lead to a criminal investigation of either man. Our concern over potential criminality is focused on others.”

Ok, so, a lot of very noble stuff in there, pretty much all of which any fair-minded American would agree with had we experienced a normal political environment over the last 5 years.

After all, how can any fair-minded American disagree with the notion that the criminal justice system should not be used to achieve a political end? Or that justice must be blind? Or that “not every abuse of power is necessarily a federal crime? Or, indeed, even that we need to do our best to end the abuse of the justice system in America?

The problem, of course, is that we have not lived in anything resembling a normal political environment for the last 5 years, and that the Obama Administration used the DOJ for partisan political ends for 8 long years. The political playing field was vastly tilted to the political left by Obama and his evil minions, and neither Barr nor Jeff Sessions have done much of anything to correct that tilt.

Plus, what if Durham’s investigation does reveal “enough evidence to prove each element of a crime beyond a reasonable doubt” against Quid Pro China Joe? Let’s say that result comes about during the summer – how would it then be fair to the American public and indeed the American criminal justice system to allow Biden to continue as a candidate unscathed, knowing that he would inevitably quash all evidence against him should be be elected?

Barr is absolutely correct that the U.S. justice system should have never been used for political ends as it was by Obama and Biden. But that is what it is at this point, and the damage has been done. If Durham’s investigation reveals criminal wrongdoing by either man, and Barr withholds that information from the public, regardless of timing, he will have rendered himself every bit the political tool that Loretta Lynch and Eric Holder were guilty of being.

in before lurkinloomer (whatever) says “bush league republicans”.

It is imperative that voting Americans don’t let them off the hook in November.

3 posted on 05/18/2020 11:23:25 AM PDT by GSWarrior
[ Post Reply | Private Reply | To 1 | View Replies]
To: EyesOfTX
IMHO, this was probably a hill too high to climb and not the one to die on. Instead let Obozo and Gropey play the part of Private Pyle eating their proverbial jelly doughnuts on their foot lockers while their lackeys take the fall.

I think one of the lessons of history is that prosecuting ex-presidents is not the greatest idea, It leads to unpleasant consequences over the long run.

There’s a reason chess ends in checkmate, not the capture of the king.

Wow, what a surprise

You had to know this would happen.

I seriously doubt anyone gets prosecuted, but until we know for sure it’s always possible.

Wasn’t Richard Nixon one time a un-indicted co-conspirator during the whole Watergate fiasco ??

Perhaps that will happen but I doubt it

“NBC is an outdated concept” ping.

Are you saying he's wrong? 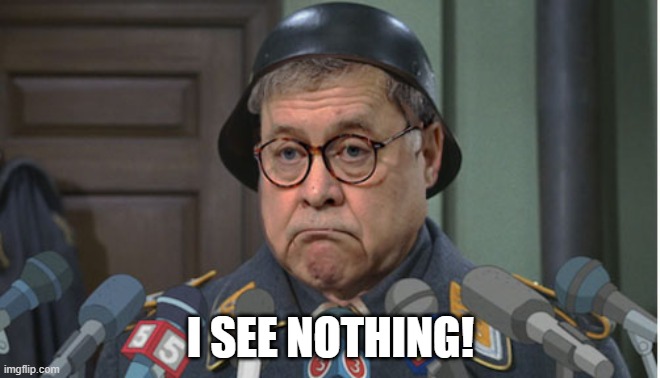 Are you ready to hear “completely exonerated”?

Because that’s what you are about to hear the liberal media crow about. 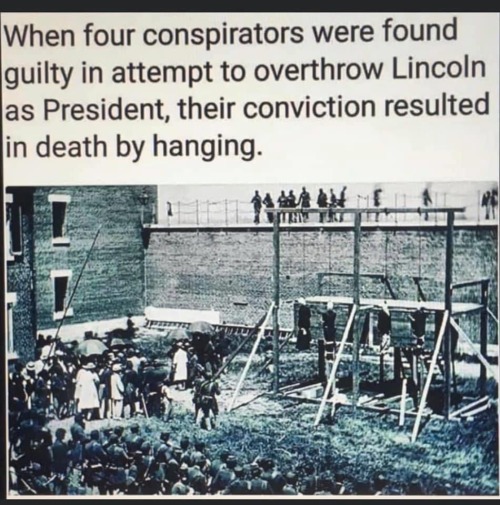 You know, framing people for crimes they didn’t commit, is a crime.

In fact it has been since biblical times.

And the penalty for that was having the liar(s) receive the most severe punishment for whatever crime they were framing the innocent person for.

I say that is sorely lacking in our justice system today. There are hardly any penalties for lying and filing false reports against people, they need to suffer what the innocent person would have gotten, plus monetary damages.

I think I’ll start a GoFundMe account to offset the cost of chiseling the blindfolds of Lady Justice and changing Justice is Blind to Justice is Partisan.

Jeff Sessions takes this one. Not even a contest.

I think Barr’s comments are great, and his statement about Obama and Biden is conditional on what he knows so far.