Last year Joe Biden bragged about how he coerced Ukraine into firing its top prosecutor Victor Shokin by threatening that the Obama administration would pull $1 billion in U.S. loan guarantees from them.

While this type of interference in a foreign government by the then-Vice President of the United States is highly inappropriate in itself, what makes it even worse is that the prosecutor he got fired was probing a firm for which his son Hunter Biden worked.

Yesterday an audiotape has been released by a Ukrainian politician which details conversations between corrupt and discredited former Ukrainian President Petro Poroshenko and U.S. presidential candidate Joe Biden. John Kerry is also on the audio tape. The men discuss the firing of then Prosecutor Shokin for corrupt reasons, in order to prevent an investigation into Biden’s son, Hunter Biden, and other criminal actions.

Biden puts pressure on Poroshenko to fire Shokin. Poroshenko said that he blocked the resignation of Yatsenyuk on February 16, 2016 at the personal direction of Biden. On both points, according to Derkach, there is an obvious corpus delicti under the article “treason” (in fact, Poroshenko complied with the instructions of the leadership of a foreign state).

In addition, other films have been published on which:

Poroshenko asks Biden to influence Self-Help regarding the position of the faction in voting for the prime minister. Poroshenko complains about Abromavicius. Biden at the end of 2016 gives Poroshenko advice to nationalize Privatbank as soon as possible, until Trump, who won the election, came to power.

From the audio, Joe Biden tells Poroshenko: We will help you get the vote.

Another updated version of the call:

And it seems that President Obama is involved in this case too.

During an interview with CBS News in October 2019 former Obama National Security Advisor Susan Rice says the orders came from the top, by Barack Obama.

Susan Rice: “Joe Biden was doing what he was asked to do by the President of the United States.”

Biden LITERALLY says the opposite on TAPE.

He states that the President of Ukraine asks him "doesnt Obama have to authorize this".

Rice is a serial liar.

The hippocracy is unmistakable. But as with Trump, quid pro quo is not a crime.

I don’t think big-mouth Biden saying Barry doesn’t have to authorize it means he wasn’t doing it at Barry’s bidding. Otherwise, Joe wouldn’t have bragged about it to the CFR.

Barr: Our concern over potential criminality is focused on others.

Fingers pointing in all directions.

Susan Rice’s title should have called “the fixer”, since much of what she did were attempts to keep Obama protected from the responsibility (at least for the appearance thereof) for orders he gave others, that should not have been given.

Meanwhile our economy is being destroyed and 1984 is upon us. What should have been dealt with three years ago is a little old right now.

That Susan Rice thought this would help Obama, Biden, and herself is strong evidence that they all are running scared.

Yep, DC’s Ray Donnovan. What a viper’s next of crooks, liars, and cheats.

Agree but doing anything to ‘him’ would be racis’.

The men discuss the firing of then Prosecutor Shokin for corrupt reasons, in order to prevent an investigation into Biden’s son, Hunter Biden, and other criminal actions.

The sentence starts with a fact and ends with an opinion. Yes, the men discuss firing Shokin, but did they really say it was to stop the Hunter Biden investigation? Seriously. Learn to write.

If they really mentioned Hunter (or the investigation), that excerpt would be front and center. I have yet to see it. I think it is likely that Hunter was part of the reason, but you can't assert this as a fact in the same sentence where you mention the people talking. How about something like this...

The men discuss the firing of then Prosecutor Shokin for corrupt reasons. Many assume the firing was in order to prevent an investigation into Biden’s son, Hunter Biden, and other criminal actions.

It is when it involves payoffs to your family, but you need proof of that.

Also, I could well imagine Trump being blackmailed for Kushner’s shenanigans.

Isn't that what we will get if Stacey Abrams is ever President?

Hippocracy. He meant well, she does not. Cut him some slack Jack.

A Stacey Abrams term at bat would be a hippocracy, if you can keep it. With all due respect to Ben Franklin. 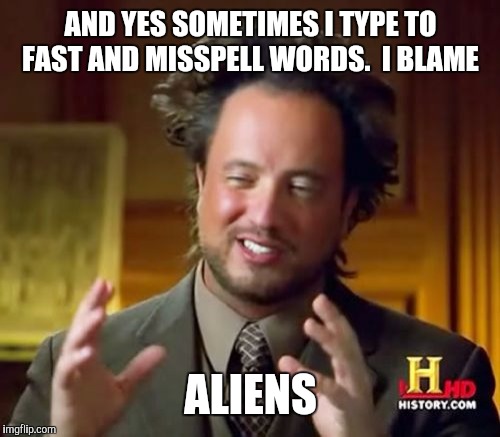 I was calling her a hippo, a water horse. I did not call her a water buffalo. I remember that an Israeli student at Penn State (I think it was) got in trouble for calling some noisy black women students "water buffaloes" (which is apparently a well-known term of insult in Israel).