Tomorrow, beginning at 10 a.m. in the East, the Supreme Court will start issuing its final opinions of the term. The big cases yet to be decided include: June Medical Services v. Russo (regarding abortion), Trump v. Mazars USA and Trump v. Vance (regarding access to President Trump’s tax returns case), Little Sisters of the Poor Sts. Peter and Paul Home v. Pennsylvania (regarding the conscience exemption from Obamacare’s birth control mandate), and Espinoza v. Montana Department of Revenue (regarding tax credits and religious schools).

Having incorrectly predicted the result of Michael Flynn’s case in the D.C. Circuit, and not having listened to oral argument in any of the Supreme Court cases listed above, I will not predict their outcome. I do know that conservatives have just lost two big Supreme Court cases — the absurd ruling that Title VII’s ban on employment discrimination on the basis of sex extends protection to gays, lesbians, and transgender individuals and the strained ruling that President Trump’s executive order reversing President Obama’s executive order on DACA is unlawful.

For what it’s worth, some of Washington, D.C.’s top conservative lawyers are pessimistic about the rest of the term. There’s a sense that, as a general matter, Chief Justice Roberts has joined forces with the four left-liberal Justices to form a center-left majority. There’s also a lack of confidence that Justices Gorsuch and Kavanaugh are solid conservative votes.

I share the concern over Roberts. As for Gorsuch and Kavanaugh, I think it’s too early to tell. Gorsuch’s opinion in the Title VII case raises legitimate concern, but may be a one-off. We’ll know more by this time next week. The way these things go, if the two new Justices aren’t reliable conservatives at this juncture, we can expect the worst from them within ten years.

In the Trump tax return cases, there’s concern that the Chief Justice will stick it to Trump because he hates the president. Is this concern justified? I don’t know.

In the abortion case, the issue is “whether the U.S. Court of Appeals for the 5th Circuit’s decision upholding Louisiana’s law requiring physicians who perform abortions to have admitting privileges at a local hospital conflicts with the Supreme Court’s binding precedent in Whole Woman’s Health v. Hellerstedt.” I sense little optimism from plugged-in conservative lawyers that the pro-life side will prevail. I should note, however, that there is a limit to how “plugged in” to the Supreme Court one can be.

There’s a bit more optimism that the Court will stand up for religious freedom in the two cases where this, broadly speaking, is the issue. But even if the conservative side prevails here, this term will still be a bad one for conservatives if the Court, on top of what it already has done, backs the left in the cases involving Trump’s tax returns and abortion.

So the breakdown of the court seems to be:

Roberts is a liberal.

That’s all the preening queer is doing

Is SCOTUS in DC?

DC is not part of USA anymore. 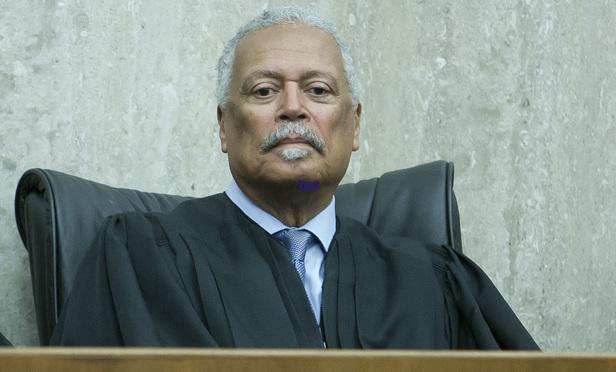 "We've waited decades to take you all out.
.... Bow to us, your Masters, and to Islam and Obama and then die."

I still have hope for Kavanaugh. Disappointed in Roberts yet again. Surprised at Gorsuch.

Only if Roberts disappears.

It all began when supporters of the Bush Family pushed Regan to make selections.
John Sununu

We always wondered why Roberts snuck in with little fanfare.
If Biden gets in, his is going to select Holder to replace RBG.

yes, the Supreme Court has almost completely cancelled our US Constitution and our individual liberties that the Bill of Rights sought to protect

Roberts is no liberal. He is a coward.

Cowards side with whatever doesn’t get them beaten up.

Still some big decisions favoring conservatives, need to give credit where due. One huge win was in 2019 when the Supreme Ct. ruled Federal courts can’t get involved in Congressional redistricting if the redistricting was done for political purposes. This went almost unnoticed, but it is cutting way back on judges getting involved in drawing up Congressional districts. Roberts wrote the majority opinion.

I think conservatives are going to win most of the remaining cases.

In the past, Roberts has tended to release cases with a political pattern designed to convey balance.

I do think he is a horrible justice nonetheless.

The two radical left wins to begin the announcements suggests there are at least two more big wins ahead for conservatives.

Counting Roberts or not? 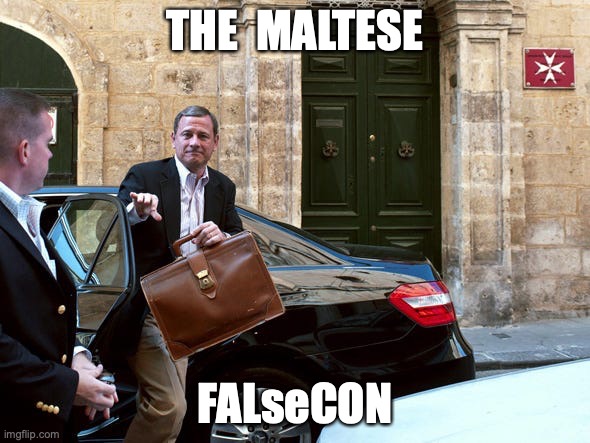 It’s becoming painfully clear that when a conservative is appointed to the court, the Left hones in on the target, and uses whatever means necessary to sway their votes. Some cave, some don’t. Scalia didn’t.

The problem with “balance” is who gets to decide where the fulcrum is.

Trump just won a major victory regarding immigration by 7-2. So, stop the defeatist nonsense.