A man was killed in downtown Austin Saturday night in the midst of a protest against police violence, and police said they have taken the shooter into custody.

The shooting happened about 9:50 p.m. at Fourth Street and Congress Avenue, EMS officials said. Austin police said the male victim was carrying a weapon when he approached a vehicle. The person in the vehicle then shot the man.

Video of the shooting below:

The mainstream media falsely portraited the victim as an innocent man who got shot!

Garrett Foster, the Black Lives Matter protester who was fatally shot by a motorist in Austin on Saturday night was caught on camera saying that the “people who hate us” are “too big of p-ssies to actually do anything about it” when asked why he was carrying a rifle.

“They don’t let us march in the streets anymore, so I got to practice some of our rights,” he responded.

The interview then asked if he felt like he would need to use it.

“Nah,” he responded. “I mean, if I use it against the cops I’m dead. I think all the people that hate us and want to say shit to us are too big of p-ssies to stop and actually do anything about it.”

In the interview, he confirmed that he was carrying the famous communist weapon AK-47! Video below:

All these protesters have no idea that if they achieve their stated goal, that protests like the one they are participating in will not be tolerated by the totalitarian rulers they help usher into power. The utopia they believe will magically happen is a myth as evidenced by any and all previous examples throughout all of recorded history. Maybe if they were taught actual history they would understand this, but I doubt it.

TOPICS: Conspiracy; Local News; Society
KEYWORDS: antifa; austin; austinshooting; banglist; blm; clickbait; famouslastwords; garrettfoster; getaneditor; j25; learnhowtopost; secondamendment; spam; texas; twittertwatter; wallofcoldlinks Navigation: use the links below to view more comments.
first 1-20, 21-40, 41-60, 61-80 ... 121-130 next last
The victim wasn't concealing his fire arm. He was carrying it openly and basically, with his tweeted words in video, calling on someone from the opposing side to take him on. Was he the one who tapped on the driver's trunk, perhaps with his AK-47? Did the driver, who was confined between foot traffic, feel threatened by the man with AK-47 approaching? It'll be interesting to hear what precisely happened?
1 posted on 07/26/2020 8:34:35 AM PDT by USA Conservative
[ Post Reply | Private Reply | View Replies]
To: USA Conservative

He was not a victim.

Garrett had a Black, quadriplegic wife. He will be portrayed as a 100% victim, no matter what the facts.

I believe Garrett shot at the vehicle before being shot.

Did you run that headline through a Chinese translator and then back to English, or something?

All I see is a bunch of scum wandering around.

The fact that AK47-guy fired 5 shots at the person who fired one back might have something to do with it.

“Did you run that headline through a Chinese translator and then back to English, or something?”

Hahahaha! Thank you! I was going to ask the same thing!

Listen carefully. The first five shots are a loud, deep report I’ve heard from other AK47 style weapons at rifle ranges. The later shots are a lighter, higher pitch (to my ears) reports similar to what I hear handguns make, again at ranges.

LOL. All your AntiFa are belong to us. 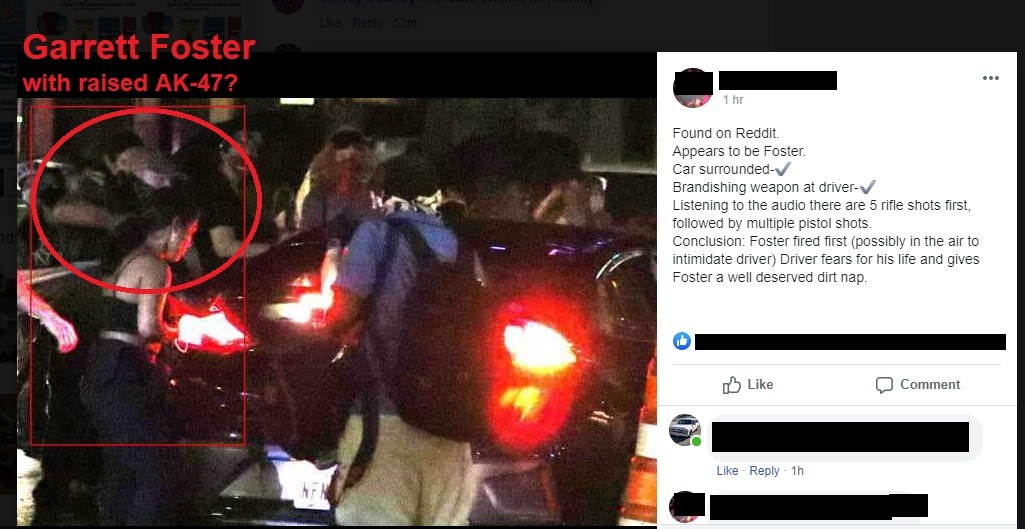 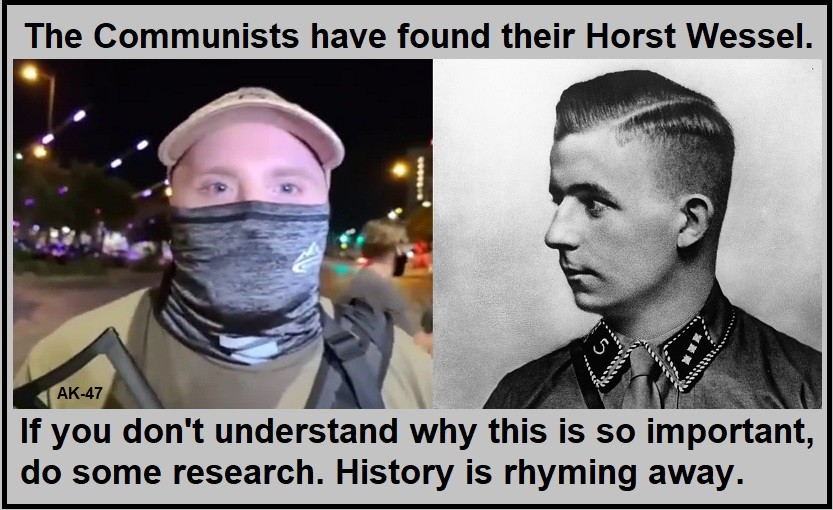 So this is it! A bastard comes at you in your car with a rifle, shoots at you, you defend yourself and YOU are the perp! and the dead worm is the victim!

I thought they outlawed AK-47s! (I know that the democrats deliberately and intentionally allowed violent criminals to have guns while they prevented non-violent citizens from buying them.)

This is what it has come to. The democrats start violent riots and give the rioters a free pass to do whatever they want. They accuse Trump of fascism! They arrest innocent people!

15 posted on 07/26/2020 9:00:09 AM PDT by I want the USA back (BLM is a violent marxist movement designed to overthrow the US constitutional form of government.)
[ Post Reply | Private Reply | To 1 | View Replies]
To: MeneMeneTekelUpharsin

I read it 4 times, and then I had to click on the link to see if the poster mangled it or the author of this piece is just that incompetent. Does no one in the journo business proof read at all anymore? 8>)

Good shoot. This will do what the Democrat politicians refuse to do. An armed citizenry is a free citizenry.

Should charges be made, the guy in the truck will be no-billed. God Bless Texas.

19 posted on 07/26/2020 9:14:18 AM PDT by snoringbear (,W,E.oGovernment is the Pimp,)
[ Post Reply | Private Reply | To 15 | View Replies]
To: USA Conservative
When you watch and listen to the video it sure sounds like five rounds from a larger caliber weapon followed after an interval by 3 shots from a smaller caliber weapon.

I suspect we have another instance of Antifa types shooting when there is no basis to do so. Luckily in this case only the Antifa shooter got killed and the motorist he attacked survived after shooting back. The 16 year old black kid in Seattle and the 8 year old black girl in Atlanta weren't so lucky.

Last night reportedly another Antifa protester was shot and wounded by one of their compatriots who was firing at a car trying to pass through their mob on the highway in Aurora Colorado.

The police should be working much harder to stop the reckless Antifa militants from killing people, and in this case getting themselves killed by opening fire for no logical reason.