In a dry canyon strewn with the ruins of a long-dead city, archaeologists have made a discovery they hope will help unravel one of the most tenacious mysteries of ancient Peru: how to read the knotted string records, known as khipus, kept by the Incas.

At the site called Incahuasi, about 100 miles south of Lima, excavators have found, for the first time, several khipus in the place where they were used -- in this case, a storage house for agricultural products where they appear to have been used as accounting books to record the amount of peanuts, chili peppers, beans, corn and other items that went in and out...

Khipus are made of a series of cotton or wool strings hanging from a main cord. Each string may have several knots, with the type and location of the knot conveying meaning. The color of the strands used to make the string and the way the strands are twisted together may also be part of the khipus' system of storing and relaying information.

Researchers have long had a basic understanding of the numerical system incorporated in the khipus, where knots represent numbers and the relation between knots and strings can represent mathematical operations, like addition and subtraction. 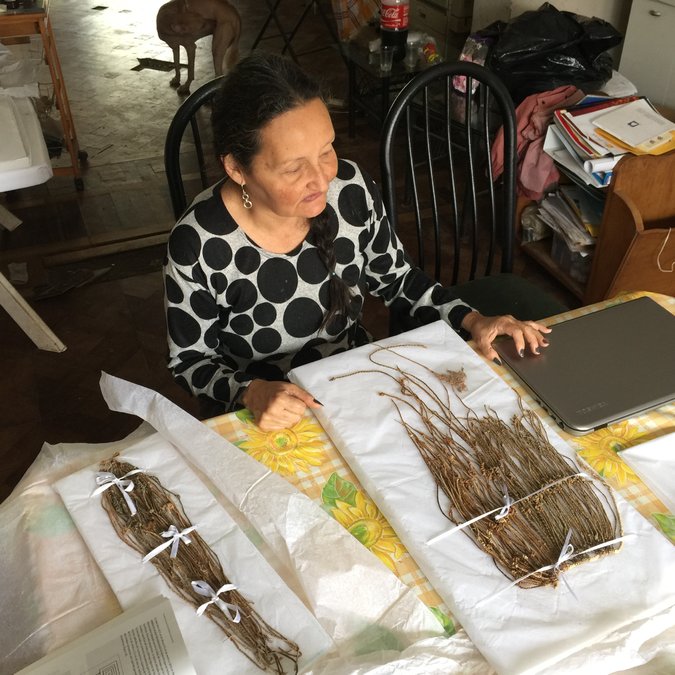 Khipus may also be a rudimentary form of writing.

Trying to figure out the meaning of the quipus has long been a knotty problem for archeologists.

From the looks of that photo it was a quite hairy one too!

Sadly, all the quipus were actually just mops, the so-called rulers of the Incas had to clean up after everyone, and remember, their buckets never had wheels.