The discovery of NGC 1052-DF2 has led scientists on the quest for more dark matter-deficient galaxies. What really makes up the rare and mysterious DF2 galaxy?

Dark matter supposedly composes 27 percent of the cosmos, but the newly discovered DF2 galaxy, has none of it.

Scientists researching ultra-diffuse galaxies have spotted a large, sparse galaxy in the northern constellation of Cetus.

The mysterious galaxy is almost as big as the Milky Way but has only 1 percent of its stars. The galaxy is almost empty except for densely clustered stars moving very slow at an estimate of 18,000 miles per hour.

At least 10 very dense groupings of stars called globular clusters were seen orbiting the galaxy's center. The star clusters stretch to an average of 20 light-years and shines brighter than similar objects. The clusters looked almost as bright as the Omega Centauri, the brightest globular cluster in Milky Way.

When the scientists calculated the movement of the globular clusters, they discovered that the DF2 galaxy almost has no dark matter.

What We Know About The DF2?

When examined closely using the Hubble Space Telescope and the Gemini Observatory, the scientists said the DF2 looked like a diffuse blob sprinkled with very compact star clusters, with faint structures that no one has seen before.

The DF2 is devoid of a dense central region or spiral extensions that are common in spiral galaxies. It also doesn't have a black hole that is usually located in the center of most elliptical galaxies. Detailed images of DF2 did not indicate any sign of it interacting with other galaxies.

However, other galaxies can be seen through the DF2, giving it an almost ghostly appearance. The DF2 was previously catalogued but it looked very different in the new images.

Scientists are completely baffled with the DF2. It is now considered as a candidate for baryonic galaxy or a galaxy without any dark matter.

"There is no theory that predicted these types of galaxies," says Pieter van Dokkum, a researcher from Yale University. "The galaxy is a complete mystery, as everything about it is strange. How you actually go about forming one of these things is completely unknown." How Was It Spotted?

The team of astronomers used object spectrographs and a custom-built telescope — the Dragonfly Telephoto Array to observe the DF2. van Dokkum and fellow astronomer Roberto Abraham from the University of Toronto, have built the telescope.

The Dragonfly array consists of 48 telephoto lenses that is powerful enough to view very faint celestial objects in the sky.

It was in 2015 that the team first observed the globular star clusters which led to their discovery of the DF2. The team is now hunting for other similar dark matter-deficient galaxies.

As of now, van Dokkum and his team are analyzing Hubble images of 23 diffuse galaxies. Three potential leads that are similar to the DF2 will be pursued for investigation.

Based on the colors of the globular clusters around it, NASA estimates the DF2 galaxy to be around 10 billion years old.

I have to wonder if some of these anomalies are caused by a majority of the stars in a galaxy being encased in some sort of shell or swarm...

They are finding all sorts of weird things out past our galaxy.

I wouldn’t call Cetus a “northern constellarion” inasmuch as most of it is south of our sky’s equator.

Sorry, I meant to say “constellation.”

I was wondering about something similar: Is DF2 located on a filament of dark matter (which would be really weird... a dark matter deficient galaxy perched on a dark matter filament) like most galaxies, or is it located out in one of the great voids?

It is not deficient in dark matter. It is 100% perfectly natural just the way that it is. “There is no theory that predicted these types of galaxies.” This proves that scientists get it 100% wrong.
Truth: reality is what it is. Human theories and equations do not explain reality adequately. What needs to be changed, are the theories and equations!
The Universe is just fine the way that it is. Too bad scientists can’t understand it.

Is it just a fluke of naming that it might turn out that dark matter is generated in some way by black holes?

That's like saying no theory predicted relativity theory until Einstein came along, which proves earlier scientists got it 100% wrong. 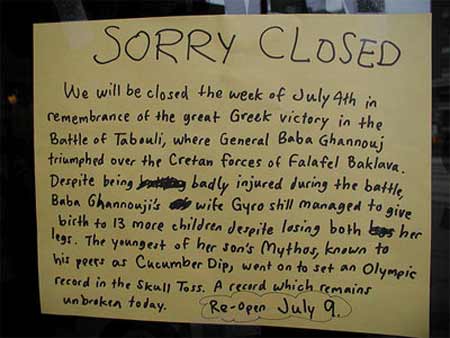