HEROISM AND GENIUS is the dramatic flesh-and-blood account of the real men who built the West's civilization during the dark centuries after the collapse of the Roman Empire.

It tells the inspiring story of how these towering giants of mankind, their minds imbued with the genius of Christianity, integrated the achievements of the Jewish people, Greeks, Romans, Arabs and Germanics, creating a new society that embodied the Catholic vision of God and man, time and eternity.

Although it highlights the role of priests, there are countless interesting insights into the formidable laymen and women who also shaped the new social order.

The original "institutions" of the West the book talks about are the patterns of thinking, acting and living that are original because they originate in Catholicism.

For instance, the ideals of chivalry, the romanticism of Christendom, the roots of the scientific mentality, representative government, Gothic architecture, Gregorian chant, and Free Enterprise Economics and universal education.

Historically, culture comes from cultus (cult or worship of God, in other words, religion)...And the liturgy that inspired Western Civilization was the traditional Latin Mass.

It shows in the history of the origins of Chartres Cathedral and Gregorian chant; in the inspiration for chivalry; in the utterly new spirit of romanticism that exploded in the 12th century; in the new ideal of manhood, the startling insistence on the dignity of woman; and the countless beautiful ways during winter, spring, summer and autumn whereby the ordinary men and women lived, loved and acted according to the world vision radiating from the Mass.

For everyone — whether peasant or prince, intellectual or knight — was absolutely clear about what the Mass was: the Sacrifice. It was the mystical enactment of the sacrificial love of Christ crucified on Calvary for the salvation of individuals and societies.

TOPICS: History; Religion
KEYWORDS: catholic; christendom; europe; priests Navigation: use the links below to view more comments.
first 1-20, 21-29 next last
Have Catholics contributed to the fall of Western Civilization?

Catholic sins have done more damage than non-Catholic assaults in destroying the remnants of the Christian civilization. To us Catholics, the blueprints, keys and defense of the city of Christendom was entrusted. By the callousness, incompetence and corruption of so many of us, especially of bishops and priests, the city gates have been opened to the enemies of the Church and of mankind's true and eternal well-being.

What can we do to pick up the pieces and rebuild?

Every record has been destroyed or falsified, every book rewritten, every picture has been repainted, every statue and street building has been renamed, every date has been altered. And the process is continuing day by day and minute by minute. History has stopped. Nothing exists except an endless present in which the Party is always right.

And that is where knowledge of the greatness of Catholic achievements during the first Dark Ages plays a vital role! As we built, so we can strive to rebuild! Man's nature doesn't change. The Catholic Faith doesn't change. Society's real needs don't change.

1 posted on 09/23/2018 4:19:58 PM PDT by CondoleezzaProtege
[ Post Reply | Private Reply | View Replies]
To: CondoleezzaProtege
And for the (Protestant or anti-Catholic) naysayers to this thesis: it's worth noting that Martin Luther himself, was first and foremost a Catholic priest before becoming anything else.

Just as London, and every major great European city was Catholic in its origins long before the Reformation. This is not about Catholic vs. Protestant -- but about recovering Christendom itself. 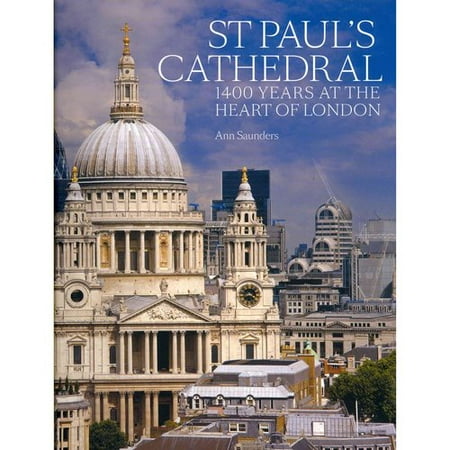 the greatness of Catholic achievements
The Catholic Faith doesn't change.

Always about the catholic church. Never about Christ™

Thank you for this. I have already passed this information along to a couple of Christians who will be most interested.

Have to buy that book.

Jesus Christ is the universal savior of mankind, but with respect to the cultural foundations of *Western* Civilization, the Catholic prism of Christianity gets emphasis.

And the cultural distinctives of Europe are worth preserving, celebrating, and caring for: from Latin-rooted languages and English Bible-influenced literature such as that of Shakespeare, to Western achievements in arts, music, and architecture, etc...

This while the message of the Gospel applies to EVERY culture regardless of origin.

Glad to see this discussion get started. The Catholic Church is rich in tradition, wisdom, morals, and teaching. May God guide it back to the path of truth and light.

Step one -- stop buggering boys and/or tolerating those who do.

Note- until Christianity came along, Germans were illiterate village-dwellers who lived in pig $hit. Seems like the Krauts are reverting back to those days.

Thanks to you I’ve been reading Thomas E. Woods’ book which is eye-opening, to say the least. I knew about the Church’s contribution to science but not too much about the “dark ages” and the Church’s pushback against the forces of barbarism.

Huh, your church was the author of barbarism...

Well, I can see you’re educated in Church history and the Dark Ages. Did you get that piece of news from a bubble gum wrapper?

the greatness of Catholic achievements
The Catholic Faith doesn’t change.
Always about the catholic church. Never about Christ™


Being Catholic and $2 will get you a cup of coffee.


Being Protestant and $2 will get you a cup of coffee and a glass of water.

16 posted on 09/23/2018 6:07:56 PM PDT by PeterPrinciple (Thinking Caps are no longer being issued but there must be a warehouse full of them somewhere.)
[ Post Reply | Private Reply | To 3 | View Replies]
To: CondoleezzaProtege

Catholicism was very likely the central cause for the collapse of the Roman Empire and onset of the dark ages. Emperors were too busy dancing to the tune of bishops, fattening their money purses, instead of governing.

We’re talking about a billion people and a history of 2000 years.

Yes, if you read the writing of the thread, the Church is activated to find its dignity and there are plenty of histories of heroic priests and nuns who saved countless numbers of people.

The focus is not on the leadership, it is on the history of parishes, of individuals, of contributions to humanity. Of course, Satan tries to destroy the Church by installing Satanic beings in key positions. That is part of the age-old struggle.

And this struggle goes on in all Christian sects. We can expect there is perversion throughout Christianity. But not all of Christianity is perverse because we observe righteous leaders who go out of their way to bring people together in Christ.

Are you thinking the Catholic Church has never had in its history a priest or nun who acted heroically or added value to people, children, society?

I viewed this writing as a c9ommitment for the Church to get right with the Lord! For that to happen, priests and bishops need to search the history of exceptionally faithful leaders and then commit to act like these leaders.

It is always and only about Christ.
His glory.
His sacrifice.
His Gospel of Grace.

It is never about a church or denomination.

Yet, consistently the threads and posts are about a particular Roman Church. Never about Christ.