I have felt while writing these new chapters a fresh realization of the refuge and strength the past can be to us in the troubled present. “Let us keep our silent sanctuaries,” Senancour wrote, “for in them the eternal perspectives are preserved.” Religion is the great stronghold for the untroubled vision of the eternal; but there are others too. We have many silent sanctuaries in which we can find a breathing space to free ourselves from the personal, to rise above our harassed and perplexed minds and catch sight of values that are stable, which no selfish and timorous preoccupations can make waver, because they are the hard-won and permanent possession of humanity. "Excellence," said Aristotle,"much labored for by the race of men."

"When the world is storm-driven and the bad that happens and the worse that threatens are so urgent as to shut out everything else from view, then we need to know all the strong fortresses of the spirit, which men have built through the ages.The eternal perspectives are being blotted out, and our judgment of immediate issues will go wrong unless we bring the back. We can do so only, Socrates said, in the last talk before his death, "when we seek the region of purity and eternity and unchangeableness, where when the spirit enters, it is not hampered or hindered, but cease to wander in error, beholding the true and divine (which is not a matter of opinion.)"

"Beyond the last peaks and all seas of the world stands the serene republic of what Plato calls "the fair and immortal children of the mind." We need to seek that silent sanctuary to-day. In it there is one place distinguished even above the others for sanity and balance of thought--the literature of ancient Greece...

TOPICS: Books/Literature
KEYWORDS: ancientgreece; aristotle; athens; civilization; greece; plato
Greece and her foundations are
Built below the tide of war,
Based on the crystalline sea
Of thought and its eternity.

Five hundred years before Christ in a little town on the far western border of the settled and civilized world, a strange new power was at work. Something had awakened in the minds and spirits of the men there which was so to influence the world that the slow passage of long time, of century upon century and the shattering changes they brought, would be powerless to wear away that deep impress... 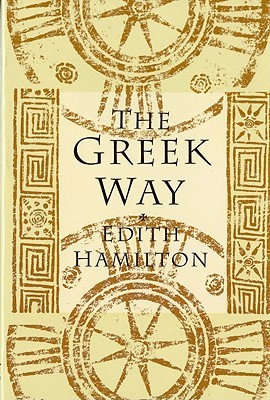 This may have been a kind of “prevenient grace” to a world which in another half millennium was going to see Christ in the flesh.

22 Paul stood up in front of the city council and said, “I see that in every way you Athenians are very religious. 23 For as I walked through your city and looked at the places where you worship, I found an altar on which is written, ‘To an Unknown God.’ That which you worship, then, even though you do not know it, is what I now proclaim to you. 24 God, who made the world and everything in it, is Lord of heaven and earth and does not live in temples made by human hands. 25 Nor does he need anything that we can supply by working for him, since it is he himself who gives life and breath and everything else to everyone. 26 From one human being he created all races of people and made them live throughout the whole earth. He himself fixed beforehand the exact times and the limits of the places where they would live. 27 He did this so that they would look for him, and perhaps find him as they felt around for him. Yet God is actually not far from any one of us; 28 as someone has said, ‘In him we live and move and exist.’ It is as some of your poets have said, ‘We too are his children.’ 29 Since we are God's children, we should not suppose that his nature is anything like an image of gold or silver or stone, shaped by human art and skill. 30 God has overlooked the times when people did not know him, but now he commands all of them everywhere to turn away from their evil ways. 31 For he has fixed a day in which he will judge the whole world with justice by means of a man he has chosen. He has given proof of this to everyone by raising that man from death!”

And, the gospel is the power of salvation to the Jew (who had been trained under the Old Testament covenant) and to the Greek (who had somehow cottoned to this idea of excellence).

Paul did manage to gain some believers at Mars Hill.