Pollack became an outspoken advocate for school safety since the Parkland shooting, and he has now written a new book detailing his own investigation into the events that led to the massacre.

“I wanted to look into it, I wanted to honor my daughter to see what happened, and how it could happen that I put my daughter in a school, in a nice neighboorhood, and then I’m never going to see her again,” Pollack said. “I wanted to know the facts. I didn’t just listen to mainstream media, I didn’t jump on that bandwagon — and I found out that there was a multitude of failures and policies that lead up to my daughter getting murdered, that the mainstream media didn’t want to cover.” […]

“To me, gun control would’ve been if they arrested him for punching his mother’s teeth out and he got a background,” explained Pollack. “Democrats put these policies in place that don’t believe in holding kids accountable or arresting them while they’re juveniles…so if they don’t arrest them and they don’t get a background, then they’re able to purchase weapons legally and a background check is useless,” he said.

In an interview with Fox & Friends Monday, Pollack said that banning guns is not the solution, and he encouraged people to look at the “underlying causes for these shootings.”

“They’re not addressing mental health…or arresting these people when they make threats…those are the real issues,” he explained. …

What a brave father! To fight like this after the grief of losing a daughter takes courage well beyond anything one could imagine.

We should all order this guy’s book.

we follow Andrew Pollock on Twitter. His daughter was a beautiful, intelligent, caring human being, which speaks well for his parenting skills. My heart breaks for him, but he doesn’t want sympathy, he wants armed guards in schools.

“We should all order this guy’s book.”

Good Idea. I was just wishing I could do something for him.

The comments are pretty good.

And I just anted-up and ordered it.

9 posted on 09/16/2019 6:47:22 PM PDT by FreedomPoster (Islam delenda est)
[ Post Reply | Private Reply | To 7 | View Replies]
To: All
It is very instructive that the bereaved parents of the slaughtered victims are the ones literally forced to lead the search for justice.

The Broward PTB chickened out.

<><>The $800 million Broward police force some 5000-strong did NOTHING.
<><>Democrap Cong Debbie Wasserman Scultz is a Broward resident

An investigation showed the on-site officer:
<><> refused to investigate where the gunshots were coming from,
<><> retreated during the gunfire as victims were being shot,
<><> directed other law enforcement who arrived on scene to remain 500 feet away from the building.

As well. the gonad-lite mega-paid Supt Runcie (Obama's stupid pick)
did THE VERY LEAST he could do in the wake of the massacres. He needs to be unceremoniously ousted.

Runcie looked mighty worried (below) when the Sun Sentinel caught up with him for the story of multiple
exiting school officials....all of them subjects of the murdered students parents' escalating anger.

Supt Runcie alerted School Board members of the departure of human resources' Nichols, head since 2015 who ignorantly
overruled the firing of a school security guard found sexually harassing students, including one of the murdered students.

Parents were outraged to learn that School Security Guard Medina was still employed by the school.

In fact, Medina was the first to see Cruz on school property carrying a rifle bag that infamous day BUT DID NOTHING ABOUT IT.

Runcie placed the blame solely on the exiting Nichols. “Mr. Nichols signed off on it,” Runcie said at the time.
“I was not aware of it until after it was brought up." That’s all the $400,000 Supt had to say.
NOTE: Harasser Medina and another security type whose performance on Feb. 14 was deemed ineffective were let go.
(SOURCE: Sun Sentinel report)

Runcie is a stupid excuse for a $400,000 Supt..... doesnt understand IT IS HIS JOB to know these things and TO DO SOMETHING ABOUT IT.

It is common for a Congressman to secure federal monies for their district.

<><> What part did D/W/S play in securing the $58 million bribes, er, I mean tax dollars Obama showered on Broward for keeping minorities off the arrest roles?

<><> The troubled Cruz was visited by Broward police some 47 times before the massacre.

<><>Did D/W/S have any nice things to say about Cruz BEFORE he massacred students and faculty?

<><> Did D/W/S have a hand in keeping Cruz off the arrest records so Broward could cash in?

<><> Can the imbecile Sheriff and the Congressional beast from Broward account for all of Obama's $58 million?

<><> The good-for-nothing Sheriff also had a $800M L/E budget. Can the bozo account for all that money??

Broward deputy sheriff----a Muslim-----appointed by imbecile Sheriff Israel----sits down for a chat with the Taliban. 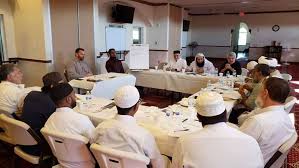 "How many Americans can we kill next week?"

Talk host Joe Pags has been featuring Pollack on his show frequently. What they’re talking about is the Promise policies Obama had enacted some of which I covered in my website site http://www.theusmat.com/index.htm

But what hasn’t been brought out has been the conditions students had to put up with, thefts of books, vehicles, fights and assaults that went on there kept unreported because of policies.

I love this guy!
God bless and keep him.
He does daughter in Heaven, (Meadow) very proud.

Yep, chase back the real chain of events to the true source of the problem.