A MYSTERIOUS object hurtling towards our Solar System may be an alien spacecraft.

That's the shock claim made by one space scientist, who has exclusively revealed to The Sun that our incoming visitor could be piloted by hyper-intelligent beings.

Last week, scientists in Germany announced they had spotted a distant object heading in our direction.

Dubbed "C/2019 Q4", the high-speed body appears to be on a path originating from another star system that will see it fire past Mars in October.

Despite numerous attempts to study C/2019, scientists remain clueless as to what it is. Many speculate the distant mass is a comet.

According to prominent astronomer Dr Seth Shostak, while this is the interstellar traveller's most likely identity, we can't say for sure it's not a flying saucer. 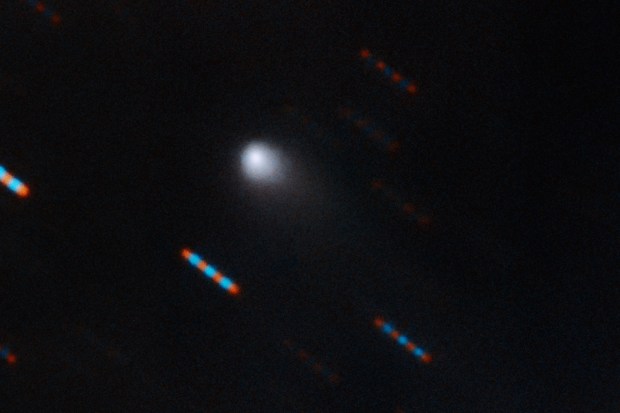 This is the first colour-composite image of the interstellar object, published MondayCredit: Gemini Observatory

"We can't rule out that this is an interstellar probe," Dr Shostak, a senior astronomer at the SETI Institute in California, told The Sun. "If we get a closeup look, we may well see it has a metal exterior with portholes and little green faces looking out at us. "However, I would bet next month's pay cheque this is a comet."

Dr Shostak, 76, has won numerous awards for his work, which among other things involves scanning the stars for signals sent out by aliens. 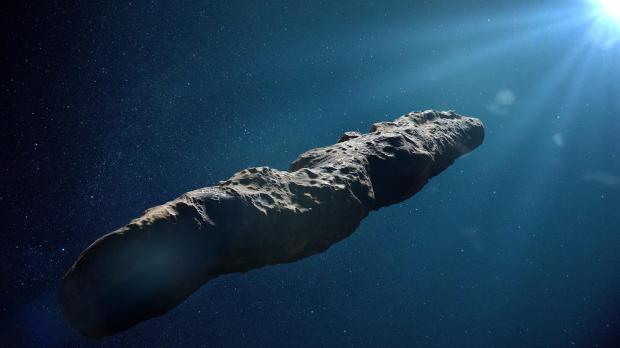 He's a top scientist at the SETI Institute, a UFO-hunting non-profit dedicated to finding out if we're alone in the universe.

If C/2019 really is from another star system, it would be only the second interstellar visitor ever known to have reached the Solar System.

The first, a cigar-shaped object called Oumuamua, took the world by storm when it careened past Earth in 2017.

A pair of Harvard scientists claimed it could be a spacecraft, sparking a frantic flurry of scans – including from SETI telescopes – as the object flew by.

Here's everything you need to know...

Oumuamua is a cigar-shaped asteroid that sped past Earth in 2017 Some boffins think the space rock was an alien probe sent by a distant civilisation It was spotted by scientists in Hawaii, and its name means 'scout' in Hawaiian Researchers involved in SETI- the Search for Extra Terrestrial Intelligence - used a powerful dish to scan Oumuamua They found no signs of radio signals, suggesting it wasn't an alien spaceship after all Recent research suggests that the object could have been ejected by a gas giant planet It's now moving away from Earth so fast that we're unlikely to ever find out

Experts found no signs of alien signals, and Oumuamua whizzed past Earth before its true origin could be determined.

Dr Shostak, 76, revealed to The Sun that SETI may soon train its scanning equipment on C/2019 to look for signs of life, much like it did Oumuamua.

"I have suggested to our SETI team that we give this new object a look with the Allen Telescope Array," the Virginia-born scientist said. "So maybe we will check it out."

"It's so exciting, we're basically looking away from all of our other projects right now," Dr Olivier Hainaut, an astronomer with the European Southern Observatory in Germany, told Business Insider last week.

Early images released on Monday suggest it's followed by a tail of dust.

That's typically what you see coming out the back of a comet, though scientists say they can't be sure that's what the object is.

If the object is indeed interstellar, scientists should be able to study it until early 2021, when it will grow too dim to see.

They'll largely focus on what it's made of, as well as where it came from, while alien fanatics wait with bated breath.

Dr Shostak strongly believes that life exists outside of Earth, and it may have even visited our planet in the past.

"I have no doubts that aliens are out there, we wouldn't be doing our work if I didn't believe that," he told The Sun.

"It’s even possible they've visited Earth at some point, maybe a billion years ago, maybe 100million years ago. We may never know." Mysterious object from interstellar space ‘approaching our solar system’

It can’t be the Klingons because they’d be using their stealth cloaking device.

Or it COULD BE a rock!

"They come in peace!"

Oh, come on now. A cigar-shaped object ejected by a giant gas planet. Nope. Too easy. 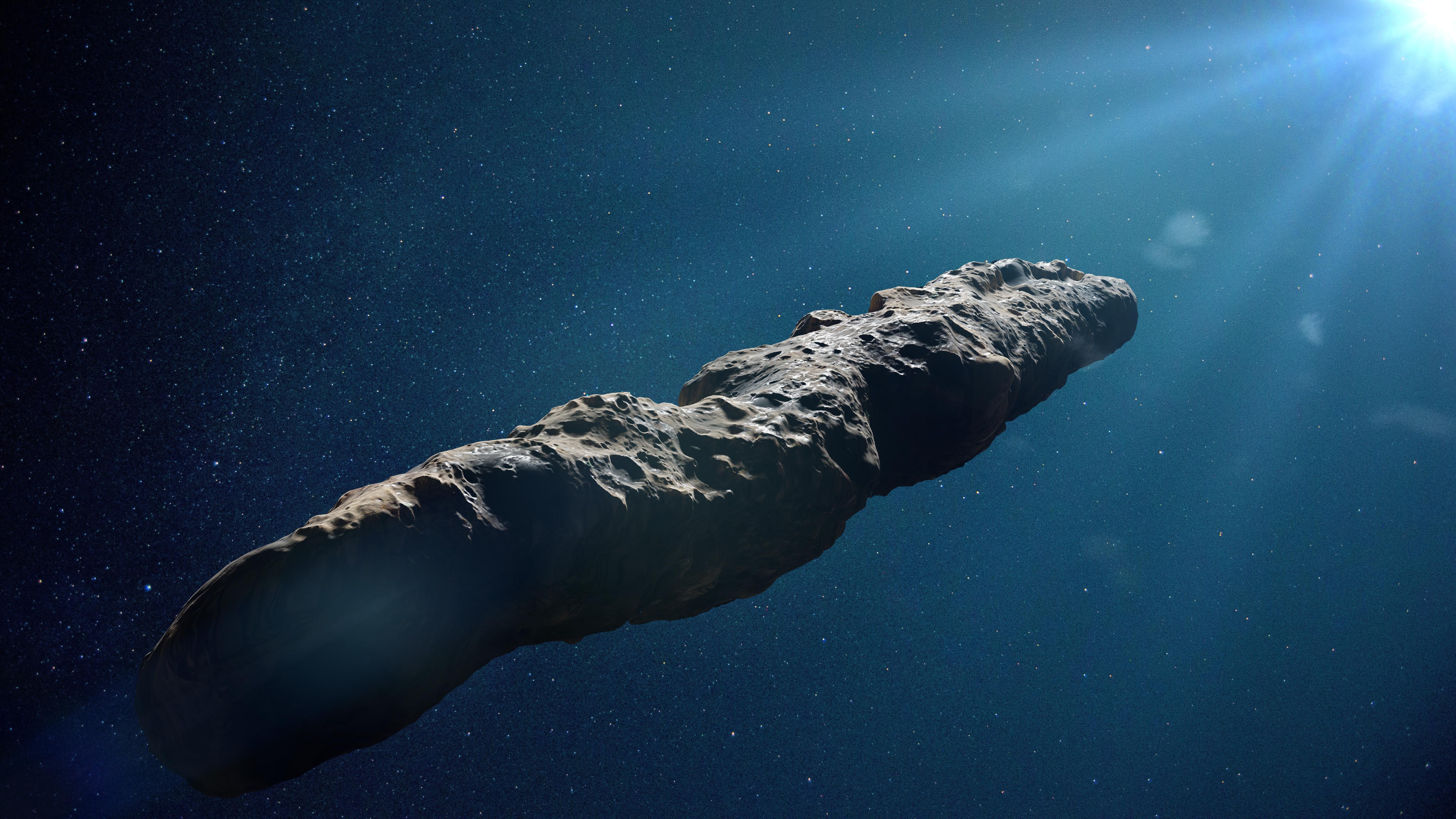 LOL! That “interstellar spacecraft” thing looks like a big turd. The Star Trek Planet crusher thing looks like a Bob Marley joint, and that guy on that episode of Star Trek should’ve gotten an award for best scaredy face ever! Wonder if they were showing him photos of Helen Thomas on the set when they filmed that!

Brian Williams is sure to be on it!

Oumama looks like an Obama. Floating in the “punch bowl”

Here is what is more likely and might be a bit scary.
Our solar system, as it orbits the Milky Way, oscillates in a sine wave vertically thru the plane of the Galaxy.
As we pass thru the center of the plane, it is theorized that we should expect more interstellar debris passing us.

This is one of the theories which they use to explain the geological history pattern for planetary bombardment.

I’m not sure which part of the cycle we are in but its a possible explanation.

Its a Giant Space Turd! Wait till it’s origin appears, we are all doomed. According to an anonymous source, it seems to be heading directly towards San Fransisco. I guess the word is out in outer space.

I think they are going to the Area 51 meeting.