The mother of an 8-year-old boy who was found hanging in a Pennsylvania basement last month alongside his 4-year-old sister told a 911 dispatcher he had been bullied and "had made threats of doing this but didn't want to go alone."

The dispatcher further quoted the mother as saying that sadly the boy, Connor Snyder, “may be the aggressor,” Fox 10 Philadelphia reported Thursday.

Lisa Snyder, 36, called 911 after reporting finding Connor and her daughter Brinley hanging from the basement rafters of their home in Albany Township with a dog leash on Sept. 23.

Connor and his sister died after being kept alive on life support for three days, according to reports.

The case detectives seized an X-box, the dog leash and two cell phones that belonged to Snyder, the station reported, adding that the investigation was ongoing.

The coroner hasn’t ruled on the cause of death, according to the Allentown Morning Call.

The paper reported that after her children died, Snyder changed her Facebook profile with

TOPICS: Chit/Chat
KEYWORDS: bullyingobsession; education; facebook; fakebook; lisasnyder; moms; news; pennsylvania; socialmedia Navigation: use the links below to view more comments.
first 1-20, 21-29 next last
According to the majority of comments on Fox, the mom did it.
1 posted on 10/18/2019 8:54:05 PM PDT by conservative98
[ Post Reply | Private Reply | View Replies]
To: conservative98

‘sadly the boy might be the agressor’ .... Nope .... This was the Mom. Her story is perfect and perfect bs.

Reached Wednesday, Lisa Snyder, the mother of the children, said “at this point, I am not ready to make any public comments.” After her children died on Sept. 26, she changed her Facebook profile with a photo and the saying, “Words scar, rumors destroy, bullies kill.”

The 911 call came in at 4:33 p.m. to a home at 2442 Route 143 near Kempton, a dispatcher categorizing the call as a pediatric cardiac arrest with two patients. The children were both found hanging in the basement of the home, the dispatchers said.

On the recording, as crews rush to the scene, a fire captain asks the dispatcher, “Any indication from the caller if the scene is safe or how these children ended up there?”

The dispatcher responds, “She mentioned that the 8-year-old has been bullied and has made threats of doing this, but didn’t want to go alone. ... At this time, it should just be the mother and the two children on scene.”

A medical helicopter was called to the scene and the children were rushed to Lehigh Valley Hospital-Cedar Crest, according to dispatchers on the recording. They died three days later. 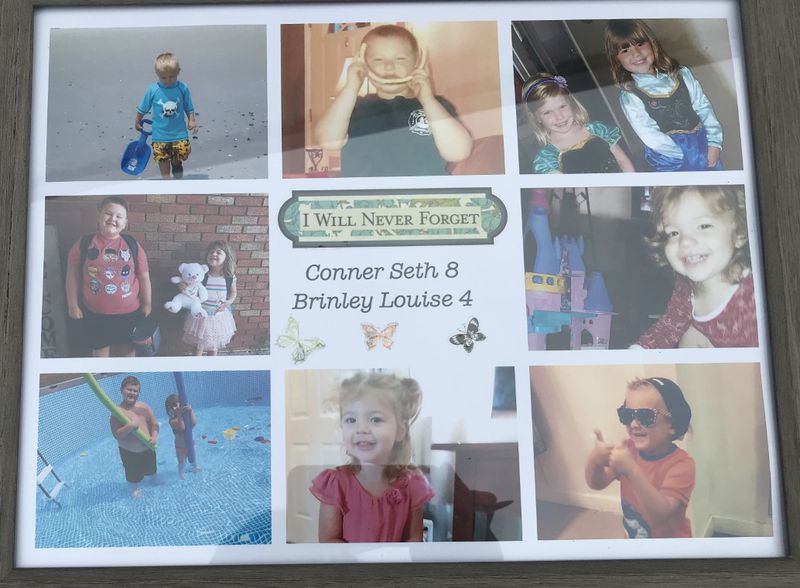 Mom’s a complete psycho. Aided and abetted by the media’s “Bullying” obsession.

I’m extremely skeptical that an 8 year old would be suicidal because of bullying, let alone murder-suicide.

You should be skeptical. My best guess is Mom was using the media’s relentless “public service announcements” about bullying as a VERY convenient excuse for her homicidal tendencies.

I am skeptical that he would be physically or emotionally or technically able to hang his sister, and then be able to hang himself after seeing her terror and suffering.

(I’ve no kids, never have been bullied, never bullied anyone.)

“The paper reported that after her children died, Snyder changed her Facebook profile with”

this mom sounds like she was involved in what happened to her kids. Even if the boy was bullied at school, she was still involved in it continuing. If my kid cme home and said a problem at scholl i’d find ways to help my child and deal with the problem not just let it continue as the kid supposedly talks suicide.

Yeah, that’s a whole lot of premises that I also don’t buy to come to the conclusion. This mother is hiding something.

We were watching the news report of Susan Smith being interviewed about her children. We both said at the same time, She did it. We were right.

Factitious disorder imposed on another (FDIA), also known as Munchausen syndrome by proxy (MSbP), is a condition where a caregiver creates the appearance of health problems in another person, typically their child.[6] This may include injuring the child or altering test samples.[6] They then present the person as being sick or injured.[5] This occurs without a specific benefit to the caregiver.[5] Permanent injury or death of the child may occur.[6]

Most likely an evil mother taking advantage of the current focus on bullying. RIP sweet things.

The attack took place on Equinox, and there is a five-pointed star prominently displayed on the house in the photo. Strongly suggests an occult connection.

The family is well known by some Social Services agency. Happened about six miles away.