A former Boston College student has been charged with involuntary manslaughter for allegedly driving her boyfriend to jump to his death from a parking garage, 90 before before he was set to graduate.

Suffolk District Attorney Rachael Rollins held a press conference on Monday to announce the indictment of 21-year-old Inyoung You in connection to the death of Alexander Urtula, 22.

Both were students at Boston College at the time Urtula's death on May 20. You later dropped out of the university. You is currently in her native South Korea. Rollins said she is cautiously optimistic that the woman would voluntarily return to Massachusetts to face the charger. If she fails to do so, prosecutors will seek her extradition. During the news conference, Rollins said that Urtula's family were in town to see him graduate from Boston College, where he was a biology major.

Instead of taking part in the commencement ceremony, Urtula went to the Renaissance parking garage in Roxbury and leaped to his death.

Rollins said his girlfriend of 18 months, You, had been tracking his movements that morning and was in the garage at the time of his suicide.

A search of Urtula's cellphone has revealed that You was 'physically, verbally and psychologically abusive' during their relationship, according to the district attorney.

Rollins said the abuse became 'more powerful' in the days and hours leading up to Urtula's death.

TOPICS:
KEYWORDS: alexanderurtula; aliens; bostoncollege; domesticabuse; feminazism; inyoungyou; mentalcruelty; michelecarter; michellecarter; suicide Navigation: use the links below to view more comments.
first 1-20, 21-40, 41-60, 61-68 next last
There is a rumor that she video taped the suicide.
1 posted on 10/28/2019 9:30:53 AM PDT by outpostinmass2
[ Post Reply | Private Reply | View Replies]
To: outpostinmass2

Isn’t this the second incident of this type in Massachusetts?

Hollywood can make an Oscar nominated film how he wronged her and it’s all his fault. #TheFutureIsFemale 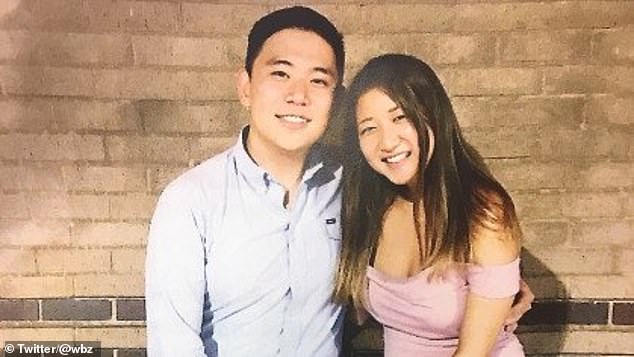 Sick and twisted. I don’t even understand the motivation - some demented fantasy?

Why would anyone stay with a woman like that? SMH. SAD.

Yes,I know I'm gonna be slammed here but I'm accustomed to being slammed...even on FR.

You is not guilty.

Not the first time someone has been goaded/brow-beaten into a suicide - I have a little problem with it being charged as a manslaughter crime unless there’s significant evidence the person was really mentally ill...then some folks in “the profession” need to be taken to task because these days they’re only likely to say someone is mentally ill if it helps them defend a really bad actor via an “insanity” plea - instead of insisting someone who actually needs help has the help offered.

“You is currently in her native South Korea.”

16 posted on 10/28/2019 10:00:26 AM PDT by Sacajaweau
[ Post Reply | Private Reply | To 10 | View Replies]
To: outpostinmass2
I think the charge is outrageous. He had every opportunity to delete her texts and ignore the calls for him to commit suicide. At 22 he should have been a man and not allow her to ruin his life. He was obviously a weak man.

She may indeed be a biotch, but the decision ultimately laid with him. This is why all children now remain children well beyond the time they should have transitioned into an adult. Label it: the snowflake charge.

I agree that this rude, outrageous, morally wrong (if you have adopted the Christian canon), and just plain ugly. But the actor here is really the guy who committed suicide by killing himself.

Nancy Reagan was right on some many levels: “Just say no!” is what this guy should have done. Instead, he followed Anthony Bourdain’s lead.

Sad and tragic. But not criminal without much more that has not yet been revealed.

Wonder if her parents spent $70,000/year to send her to Jesuit Boston College to get a good value filled Catholic education.