CHESTER, PA – William M. McSwain, United States Attorney for the Eastern District of Pennsylvania; Michael Harpster, Special Agent in Charge of the Federal Bureau of Investigation-Philadelphia Office; Jonathan Wilson, Special Agent in Charge of the Drug Enforcement Administration-Philadelphia Field Division; and Katayoun Copeland, District Attorney of Delaware County, jointly announced today the unsealing of two parallel Indictments charging 22 individuals with drug trafficking and firearms offenses.  The defendants are alleged to be members of rival drug trafficking groups (DTGs) operating next to each other in territories occupying the west side of Chester.  The two rival groups are the “3rd Bone” (or “3BM”) DTG and the “William Penn” (“the Pen” or “Ject Boyz”) DTG.

The Indictments announced today arose out of a multi-year joint investigation involving the United States Attorney’s Office, FBI, DEA, Chester City Police, and the Delaware County District Attorney’s Office.  In describing the facts in the Indictments during a press conference at the Chester Police Department, U.S. Attorney McSwain noted the havoc and terror allegedly caused by these groups on the streets of Chester.

The details of each Indictment, both unsealed this morning, are provided below.

United States v. Deshaun Davis et al., Criminal No. 19-636, is a 70-count Indictment involving the 3rd Bone DTG.  The Indictment charges conspiracy to distribute crack, cocaine, fentanyl, and heroin (one count); distribution and possession with intent to distribute controlled substances (57 counts); unlawful use of a communications facility in furtherance of a drug felony (five counts); possession of a firearm in furtherance of a drug trafficking crime (three counts); felon in possession of a firearm (two counts); and aiding and abetting.  The following 13 individuals, all allegedly part of the 3rd Bone DTG, are named in the Indictment:

As alleged in the Indictments, both groups distributed drugs—mainly crack cocaine—to customers in their respective territories, and both groups defended their respective drug territories with armed violence.  This brought them into regular conflict with each other.  The Indictments describe several shootings and other acts of violence carried out between members of the two groups.  For example, the Barrett Superseding Indictment alleges that 3rd Bone and William Penn DTG members were involved in an exchange of gunfire on February 21, 2019, in the 700 block of 2nd Street in Chester.  After the shooting, the Indictment alleges William Penn DTG members Issac Barrett and Kaleaf Gilbert discussed the incident on the telephone and the two men agreed that one of the victims injured in the shooting “deserve[d] it” for “tr[ying] to hit” Gilbert.  Barrett also is accused of putting a $15,000 bounty on the head of one of the rival DTG members that he believed was involved in the shooting.

“As alleged in the Indictments, these two groups have terrorized the Chester community for years with their drug dealing and associated violence.  Today, their reign of terror ends,” said U.S. Attorney McSwain.  “Both of these Indictments represent the culmination of years of dedicated investigative work and collaboration among federal and local law enforcement agencies.  We are strongest by working together and we are committed to improving and protecting the quality of life of the law-abiding residents of Chester, who deserve to live and work in peace.”

“Predatory violent drug gangs like 3rd Bone and the Ject Boyz prey on members of their own communities,” said FBI Special Agent in Charge Harpster.  “Today’s Indictments resulted from a long term, multi-agency investigation, and the charges send a message to gang members that the FBI and its law enforcement partners will never stop working to make our communities safer and free from violent crime.”

“The individuals that were indicted and arrested today terrorized the residents of Chester through their alleged drug-trafficking activities and acts of violence, to include shootings, to further and expand their criminal activities,” said DEA Special Agent in Charge Wilson. “These are dangerous people that were arrested today.  The DEA, working with partner federal, state, and local law enforcement agencies, will continue to work together to identify the drug-trafficking organizations that pose the greatest threat to our communities.”

“My Office is committed to making the streets of Chester safe from drug trafficking and related violence,” said District Attorney Copeland.  “Every resident deserves the right to walk their children to school or commute to work without fear.  I am grateful to continue my Office’s good work and collaboration with U.S. Attorney McSwain, the FBI, the DEA, and all of our federal, state, and local partners to assure the safety of everyone in our community.”

If convicted, each of the defendants faces at least 20 years of potential imprisonment. Several of the senior members of the two groups, including Davis, Butler, Barrett, and Gilbert, face potential life sentences.

An indictment, information, or criminal complaint is an accusation. A defendant is presumed innocent unless and until proven guilty.

The Indictments announced today arose out of a multi-year joint investigation involving the United States Attorney’s Office, FBI, DEA, Chester City Police, and the Delaware County District Attorney’s Office. In describing the facts in the Indictments during a press conference at the Chester Police Department, U.S. Attorney McSwain noted the havoc and terror allegedly caused by these groups on the streets of Chester. 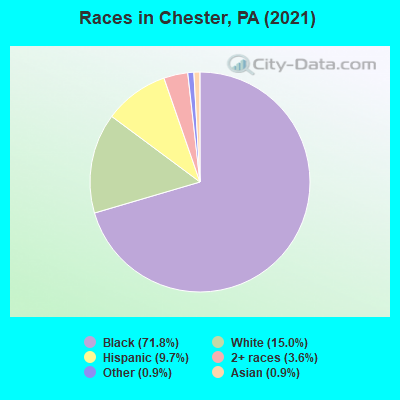 Did Warren live there?

Oh, it’s a major cra@phole with all the trimmings.

I’ ve been to Chester, it’s an apt description.

Another drop in the bucket.

Multi year and probably billions, give or take a few million.

Sometimes I wonder if the ‘Singapore’ method is not really better.

Maybe get a few ‘innocent’s in the initial sweeps but after 3 or 4 raids and VERY QUICK executions, those others involved may take up another trade.

Of course you ‘have’ to start with the users and when the heat really gets turned up, the LEO work their way up the food chain like Sherman through Georgia in the 1860s.

Crude, lot of ‘deaths’ but the message gets out quick.

Alas, we are probably closer to Mexico in regards to cartels etc but far ‘behind’ Singapore etal.

Good news! Thanks for posting.

Looking at names of indicted, and I see it’s the Amish again...