Murder charges were dropped against an Alabama man accused of killing his wife 30 years ago — after the couple’s friend confessed to the slaying just hours before the trial got underway, officials said.

The stunning announcement came Monday as 55-year-old Carl Harris was set to face trial for the 1990 murder of Tracy Harris, who was found dead in the Choctawhatchee River with signs of strangulation.

Ozark Police said 54-year-old Jeff Beasley, a former friend of the couple, admitted to the murder on Sunday — providing very specific details about the case.

“The new evidence was information that had never been shared before,” Ozark Police Department Chief Marlos Walker told reporters, according to ABC News. “The suspect gave details about the crime that only the killer would know.”

Walker didn’t provide further details about the bombshell confession but said authorities interviewed Beasley’s ex-wife, who offered information that led them to him, the Dothan Eagle said.

Harris was arrested in 2016 after authorities reopened the investigation. He denied the charges, saying they were built on circumstantial evidence and faulty witness testimony.

The charges were dropped on Harris’ 55th birthday.

“As district attorney, it is my job to not only seek justice, but to be fair to everyone involved,” Dale County District Attorney Kirke Adams said at a press conference. “This has been an incredible series of events and, undoubtedly, led from above.”

Interesting history on Kirke Adams from 2008...

(Scroll down to Stephen’s Stuff) 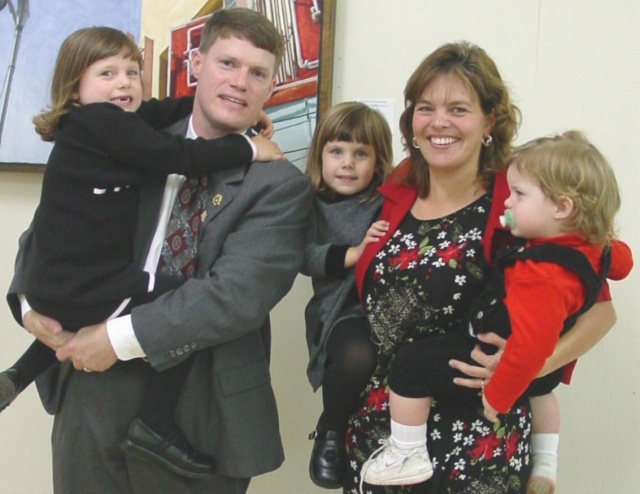 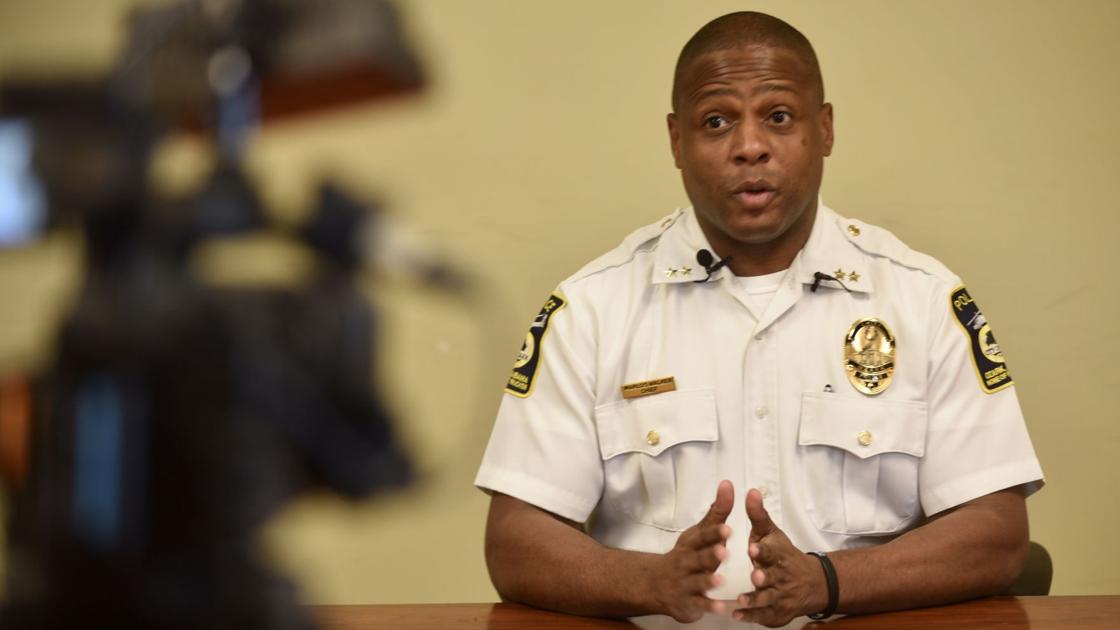 Tried to frame an innocent man for murder

Next he’ll confess to pushing Billie Joe McAllister off that bridge.

So long as they can close the case, they really don’t care.

Maybe they can get the killer to plea bargain testimony to some unsolved crimes.

At least they said they were sorry. Oh wait...

[So long as they can close the case, they really don’t care.]


I doubt anyone is that immoral. More likely - they get tunnel vision. Unless hi def crime scene video is available, all police investigations involve an attempt to reconstruct what actually happened. Some officials go on hunches as a matter of habit, and these hunches, supported by evidence that materializes as they pursue these lines of inquiry, may even help clear a great # of cases. This may lead them to push that button, under force of habit, even where the evidence just doesn’t stand up under scrutiny. Because it worked for them in the past.

Translated into English, “Choctawhatchee” means “she who walks with chafed thighs”.

Harris was arrested in 2016. Has he been in jail all this time awaiting trial for a crime he did not commit?

He was freed on bond shortly after his arrest, records show, and his trial was set to begin Monday. (but they had been persecuting him for 3 years)

Looks like it. Innocent man who probably came very close to being locked up 30 years ago.

I doubt anyone is that immoral.

I'll counter with a complete LACK of doubt.

I’d like to see a study on attorney generals. How many of them, who are responsible for false charges, are Democrats?

Actually, there are lots of prosecutors who are that immoral. "solving" a case like this is good for a prosecutor's future political ambitions. They don't care is the guy is innocent; or not.

At the same time the Nyfong thing was going on, there was a prosecutor in the Asheville NC area and another in the Fayetteville, NC area.

As I recall, there actually was a pair in each, working together. It apparently is a common flaw in human nature. We see it here even on FB in the “hang ‘em now” crowd. No need to wait for more evidence.

18 posted on 01/14/2020 2:57:19 PM PST by old curmudgeon (There is no situation so terrible, so disgraceful, that the federal government can not make worse)
[ Post Reply | Private Reply | To 15 | View Replies]
To: aimhigh
"I’d like to see a study on attorney generals. How many of them, who are responsible for false charges, are Democrats?"

That would be like asking who are horse thieves

The Choctawhatchee is a river arising in southern Alabama and flowing about 225 km (140 mi) south into northwest Florida, where it empties into Choctawhatchee Bay, an inlet of the Gulf of Mexico. In its present form the name simply means “River of the Choctaws”.

In the Milan Tapia journal of 1693 the river is referred to as Chicasses. The term was also applied to the Chatot who lived in the vicinity of the river at that time. In 1769 Gauld referred to the river as Chacta-hatchi or Pea River. The Romans map (1774) shows in as the River Chatto Hatcha (Rock River); and another Romans map (1776) calls it Matto Hatcha (River of Thanks). wanton (1952) said that Chatot was probably a synonym for Choctaw, and the river may have been named for them. If so, Chatto Hatcha on the 1774 Romans Map may be a way of writing “Chatot River”. The Chatot were closely associated with the Choctaw, and may have been considered a division of that larger tribe. Whether the place-name refers to the Chatot or the Choctaw is, therefore, irrelevant. Choctawhatchee still essentially means “river of the Choctaws”.

The Chatot were first mentioned in a 1639 Spanish document wherein the governor of Florida discusses having consummated a peace between the Chatot, Apalachicola, and Yamasee. He said this peace was “... an extraordinary thing, because the aforesaid Chacatos (Chatot) never maintained peace with anybody.” they were living west of the Apalachicola River at the time, perhaps along the middle of the Chipola River. Two missions were established among them in 1674, but the following year the natives rebelled. The disturbance was soon ended by the Spanish, and the Chatot then settled near the Apalachee town of San Luis (Tallahassee). San Luis was attacked in 1695 by Lower Creeks who carried away 42 natives.

In 1706 or 1707 the Chatot and several other small tribes were attacked, and were scattered or carried off. The remaining Chatot fled to Mobile. They settled there until 1763 when Mobile was ceded to the English. They then relocated to Lousiana. Swanton (1952) states that as late as 1924 some old Choctaw remembered the Chatot presence on the Sabine in Louisiana. Swanton also estimated the population to be 1,200 to 1,500 in 1674. By 1805 they numbered about 100. Many probably found their way to Oklahoma by this time and were incorporated into other tribes.

Simpson (1956) said the Purcell-Stuart Map of 1778 shows the name as Choctaw Hatchee, but later in his book indicates that the same map shows Talak Hatchee (Creek words:Talak meaning pea, and Hatchee meaning river). The river originates in Alabama and the western tributary is currently referred to there as the Pea River. There is, therefore, little doubt that the Choctawhatchee River, or at least part of it, was once called Talak Hatchee (Pea River) by the Indian inhabitants.

As noted above, the Choctawhatchee river was also referred to as Chicasses in 1693, and there are several possible interpretations. The Chickasaw word Chicaza refers to an old field or clearing, or place of settlement. The name, therefore, may have been initially applied to a site, and later to the river, or at least part of it. The name is also similar to the Choctaw wordsChikki meaning old and Asha meaning to sit or reside. Most likely, Chacasses is simply a way of writing “Chickasaws”. The Chickasaw Indians were closely associated with the Choctaws.