Exactly a year after being named after a volcano in the Cascade Mountains in Oregon, the USS Mount Hood was lying at berth off Manus island in the Admiralty Islands north of New Guinea. With around 4000 tons of different types of ammunition aboard, USS Mount Hood had travelled from Norfolk, Virginia via the Panama Canal to the Pacific, bringing munitions for ships that would be supporting the Philippines campaign.

She was busy this morning, men were in the process of moving ammunition in all five of her holds, but there was time to run 18 men into shore at 0830. Just 20 minutes later the remaining 249 men on the ship would be disappear in a cloud of smoke.

TOPICS: History
KEYWORDS: godsgravesglyphs; navy; philippines; snavy; u; usn; usnavy; ussmounthood; worldwareleven; wwii
When you have time, read this LONG account and especially the comments on this little known disaster. Even though they were overwhelmed, some Guardian Angels worked their asses off. There's one where a boatload of guys delegated as a working party, bitched as they were sidelined from unloading ammo by a young ensign so he could pull liberty on the beach. Had they not been diverted, they would have been vaporized as well. Or, the 18 men from the Hood sent on a mail run.
1 posted on 04/13/2020 2:35:41 PM PDT by Oatka
[ Post Reply | Private Reply | View Replies]
To: Oatka
A 2020 Hair Curling Disaster 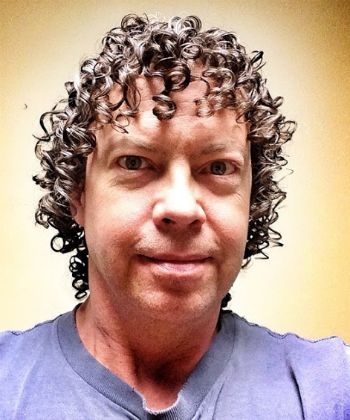 2 posted on 04/13/2020 2:58:40 PM PDT by ProtectOurFreedom
[ Post Reply | Private Reply | To 1 | View Replies]
To: Oatka
"On the morning of the explosion, I had started to work early with a new helper who had been assigned to me. His name was Italo Skortachini, an Italian kid, from New York, I think. There were six minesweepers tied alongside our ship for routine maintenance and repairs, and I was on the outermost of these minesweepers, and Italo was holding a heavy piece of metal for me to weld on a damaged railing of this minesweeper. When the blast happened, I was temporarily knocked unconscious for a second or two. I know that it was very brief because debris hadn,t started falling from the sky yet.

The blast was so strong that it blew off most of my clothes except my underwear, including my shoes. The first thing that I saw was half of Italo’s body on one side of the deck and the other half on the other side. It could have been the sheet of metal that he was holding for me that cut him in half. When I got to my feet, the captain of the minesweeper came out of his cabin and was looking toward my ship, and a flying piece of steel came through the air and impaled him like a spear to the cabin wall, It was in the center of his chest., and he gasped a little bit and then seemed to die."

A SIXTEEN year old wrote the above text. Just imagine that.

Note to navies: ‘Hood’ is a certifiably unlucky name for a warship.

Was McCain assigned their?

It’s not clear that he wrote it when he was sixteen, just that he was 16 at the time of the explosion. He might well have written it years afterward, or it could even have been written by someone else following a conversation.

If our Liberals were alive back then they would all cry, “FDR Killed Them!”

Unfortunately there were several ammunition ship or ammo depot explosions in the Second World War, USS Mount Hood, Port Chicago, and SS Charles Henderson being the most notable US explosions.

Nonsense. That makes as much sense as saying, “If that had happened on Obama’s watch liberals would all have cried, ‘Obama killed them!’”

You might as well suggest that “liberals” blamed Hillary (“what difference, at this point, does it make”) Clinton for the deaths of Ambassador Stevens et. al.

12 posted on 04/14/2020 5:52:15 AM PDT by conservatism_IS_compassion (Socialism is cynicism directed towards society and - correspondingly - naivete towards government.)
[ Post Reply | Private Reply | To 7 | View Replies]
To: Oatka

Mark Swinney
says:
July 26, at 2:45 am
I’ve recently read a memoir written by a Mr David Greenroos on the website http://ussrainier.com/greenroos.html
He was a welder on the USS Mindanoa and was present during the explosion, the tale is VERY GRAPHIC and describes his experience during and after the explosion, it’s eleven pages long and he has a very detailed memory of what he went through.
He states that the reason for the explosion is known and was hidden away from being published, he states that he was told to never write or talk about it, but he felt that after all this time the truth needed to be told.
He states that the explosion was caused by a torpedo hit by a Japanese submarine, he actuay saw an unexploded Japanese torpedo that had missed the Mt Hood laying on a beach nearby and that it had Japanese lettering on it.
He states that he talked to other survivors that had seen the submarine that day.
I would tend to believe him as he has no reason to lie about his experience, go to the website and read what he has to say, the explosions cause is known and he lists his thoughts on why it was kept from the American people.


Not the official version