Florence Pugh is owning up to times in her past when she was guilty of cultural appropriation.

Acknowledging the “tidal wave of information” she had been “unaware of” until recently, as people around the world have protested against systemic racism, the 24-year-old actress said she had spent the past month trying to learn as much as possible, and pass that information along.

TOPICS: Society; TV/Movies
KEYWORDS: 2020election; blm; dnctalkingpoint; dnctalkingpoints; election2020; florencepugh; hollywood; mediawingofthednc; moron; partisanmediashills; presstitutes; pughpronouncedpuke; smearmachine Navigation: use the links below to view more comments.
first 1-20, 21-23 next last
What "cultural appropriation" is Miss Pugh confessing to? Wearing cornrows and henna. Good gawd. For me, I have nothing to confess because I never seen anything useful from black culture or from the third world even to "appropriate".
1 posted on 06/28/2020 2:57:21 AM PDT by C19fan
[ Post Reply | Private Reply | View Replies]
To: C19fan

I keep forgetting where guitars and pianos were invented? Can someone help me out

There is nothing useful. There’s a reason their home countries suck, and nothing is wrong with the physical land.

There are upsides to this. As they self segregate, maybe White people will quit absorbing Black culture.

I think it was either Congo or Niger.

Just wait until American women learn they have to give up yoga.

Or the majority of inventions in use today.

So an actress I never heard of until I read this article and who was born when I was just starting out in the adult working world we are to share her guilt over “cultural appropriation”?

“I keep forgetting where guitars and pianos were invented? Can someone help me out”

Those simple things were invented by the evil white men.

Now the important things like alternating current, air conditioning, the internal combustion and steam engines, electric heating, airplanes, the Republican form of government, modern computers, penicillin, anything connected to modern medicine and anything requiring expertise, critical thinking and dedication to the knowledge of science, physics and engineering was developed in.....WAKANDA!!
Saying otherwise is RACIST.

9 posted on 06/28/2020 4:18:35 AM PDT by oldvirginian (The average "progressive" makes Jethro Bodean look like Albert Einstein)
[ Post Reply | Private Reply | To 2 | View Replies]
To: Long Jon No Silver
I keep forgettting where guitars and pianos were invented. Can someone help me out?

This woman is so important, well known, and influential (not). I thought she was ex-Mayor (Orange is the New Black) Catherine Pugh instead of some trendy 24-year old blond actress. 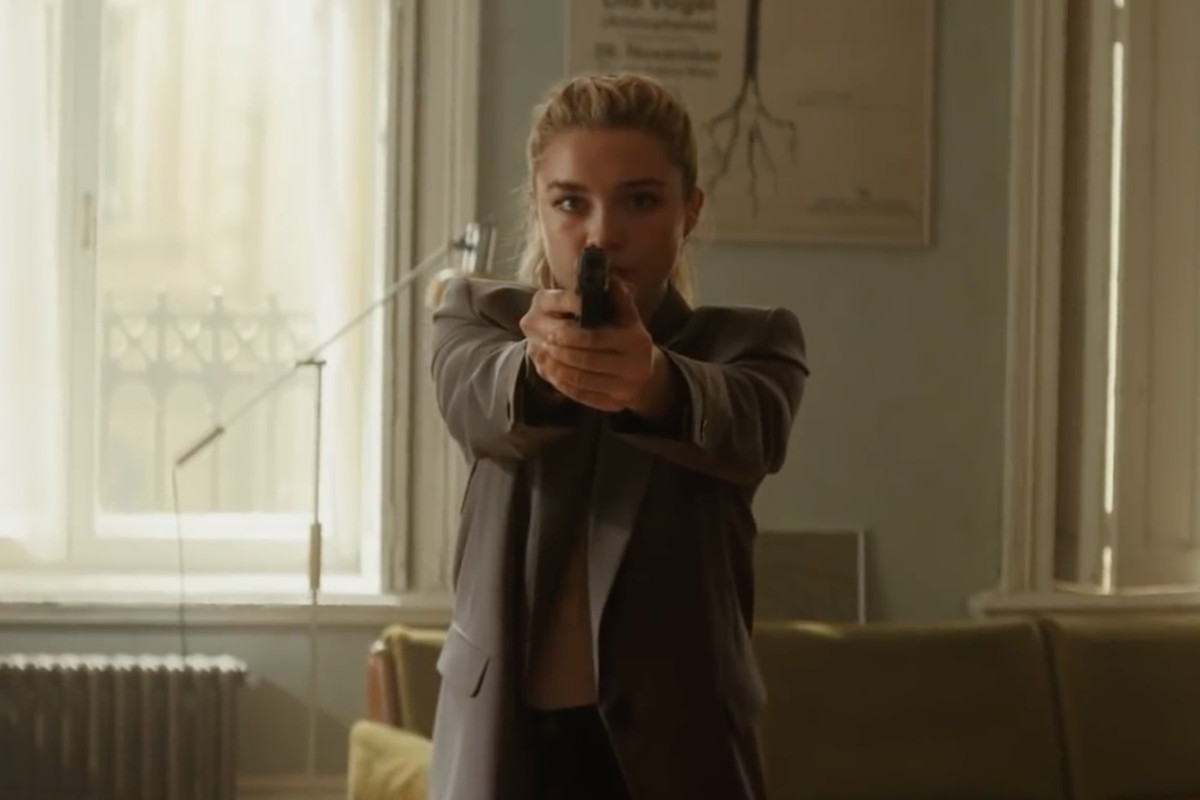 13 posted on 06/28/2020 5:17:20 AM PDT by Libloather (Why do climate change hoax deniers live in mansions on the beach?)
[ Post Reply | Private Reply | To 1 | View Replies]
To: C19fan
I thought Florence Pugh was mixed race, though her appearance certainly leans white. She would do better to say that she is trying to connect with all parts of her heritage.

I know, I know, mandatory struggle sessions are coming, and we must all learn the arts of ritual self-abasement. Pubic confession of imagined sins is becoming a performative art. Maybe there should be an Oscar for it: "Best Expression of White Liberal Guilt."

Air conditioning is _so_ racist.

Virtue signalers should never enter a location where it is used, because to do so is honoring evil white people!

For some time, I have been wondering when ‘Hamilton’ will be outed for it’s Cultural Appropriation.

Why are black men dumping caustic chemicals on their hair to make their hair look like white men's hair? That's THE SAME AS BLACKFACE.

WE WANT OUR OWN ENDLESS PITY PARTY TOO!

What about black giving up basketball and football?

This entire cultural appropriation dance is foolish. Countries that have people from different areas of the world will have some mixing cultures. It used to be the norm. Now, the mere thought of appropriating another culture is a near capital offense with some people. Followed to it’s logical collusion, the cultural appropriation police will end up with a segregated tribal society that is always at war with each other. Maybe that is the actual goal.

Giving up basketball and football might be the best thing they could do, culturally.