The other day, the New York Times was subtly and not so subltely promoting the claim that President Trump was standing callously by and coddling Russia's Vladimir Putin even as Putin was busily offering the Taliban bounties for the bodies of dead U.S. servicemen. It was the old 'Trump is a Russian agent' canard whipped out in a new form.

The intelligence finding was briefed to President Trump, and the White House’s National Security Council discussed the problem at an interagency meeting in late March, the officials said. Officials developed a menu of potential options — starting with making a diplomatic complaint to Moscow and a demand that it stop, along with an escalating series of sanctions and other possible responses, but the White House has yet to authorize any step, the officials said.

Heartless bastard, allowing Russia to pick off our men while he kaffeeklatsched with Putin and invited him to the G-7. Anything for his Russian master.

President Trump denied it. His acting Director of National Intelligence at the time, Richard Grenell denied it vehemently. Grenell's disavowal of the leak of such 'partial intelligence' was something I noted here. And for what it's worth, even the Russians denied it.

If this is projection as usual then this says some disturbing things about 0bama/Biden.

What? The NYT lied? Why does anyone even read that anti-Semitic steam pile of fake news?

NYT doesn’t care if it’s true or not. The objective was to get a story printed that made Trump look bad. They know that those on the Left will believe it’s true no matter what ...

4 posted on 06/29/2020 5:27:19 AM PDT by jeffc (I'm a Patriot, and the media are our enemy)
[ Post Reply | Private Reply | To 1 | View Replies]
To: MtnClimber
"President Trump was standing callously by and coddling Russia's Vladimir Putin even as Putin was busily offering the Taliban bounties for the bodies of dead U.S. servicemen. 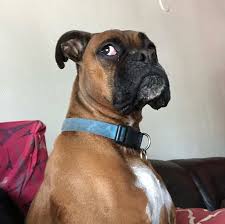 Why does the left on their side?

How does this story, if true, lead to the intended conclusion that “we must stay in Afghanistan”? It seems to argue for getting the heck out just a strongly.

And just what if, the President was told and for example ordered such actions as to “teach” those offering said bounties that they should not so that.

Well that is going to be hard now because nothing is secret enough anymore to override Orange Mad Bad.

Amazing that they would withhold this information from the president. Someone should ask Esper why the president was not briefed.

CBS This Morning reported this as fact. Gayle King was shaken as she reported that Trump was killing our soldiers.

And why wasn’t Trump briefed on the invading hoards of the mutant children of Big Foot and aliens rampaging through the countryside???

I’ll bet he really was, though.

“Someone should ask Esper why the president was not briefed.”

Just like Hillery Clinton and Obama have for years, the Dems fall for it every time, even to the point of erroneously impeaching President Trump with ZERO evidence.Putin knows exactly which Dem buttons to push and when.

The Dems and their wacko informant network within the deep state are stone cold idiots. The Russians have been playing the Dems like a fiddle for years.And now the Russians have done it yet again, sending Pelosi and Schumer into paroxysms of squawking,supercilious, indignant faux anger.They will try to impeach yet again? What idiots.

Once again, Putin is laughing his ass off as our elected officials chase their tails.

this is ridiculous. America paid bin Laden to kill Russian troupes in the 80’s and 90’. Russia has been paying the Taliban to kill American troupes since America attack Afghanistan. And now its China who is actually spending the most in Afghanistan to get America out of Asia. China want to open the belt and road through Afghanistan and they don’t want America there.

So this whole thing is stupid. Its old news. And its only 10% of the story.

Maybe you can become Biden’s ventriloquist. Everything you write seems to come from dementia dullard’s speechwriters.

The NYT just prints whatever the CIA gives them to print.

He wasn’t briefed, because it was only partial intelligence. It was still being investigated for proof that it actually occurred. They can’t brief the President on every rumor & piece of intelligence whether it’s real or not.

“Amazing that they would withhold this information from the president. Someone should ask Esper why the president was not briefed.”

Can you imagine you the amount of intelligence that passes through the intelligence services’ hands every single day? Briefing the president on a fraction of it would take hours, if not days. They must determine the most serious and most credible threats to include in the PDB every day. The White House is saying that this intelligence did not rise to that level. Remember this is an unsourced story from the NYT.

Heck, the Taliban even deny it! (Then again, they don’t want Trump mad at them, and they don’t want to give Russia any “credit” for any Americans that they do kill on their own.)

First Rule of the "Media" and Fake News:
It doesn't have to have a semblance of truth if it sheds bad light on President Trump.

So did ABC news on Good Morning America.
I watch the local WMUR ABC affiliate every morning to get local news, sports & weather.
I like to hear the beginning of GMA just to see what todays propaganda is going to be. This was one of their lead off stories today. Then I turn off the TV, go up and shower to get ready to leave for work.