ONE: Claimed “I’ll Never Give A Veto To Any Country Over Our Security.”  (Sen. John Kerry, First Presidential Debate, Miami, FL, 9/30/04)

ü      Preemption Must Pass “Global Test” First.  “No president, though all of American history, has ever ceded, and nor would I, the right to preempt in any way necessary to protect the United States of America. But if and when you do it, Jim, you have to do it in a way that passes the test, that passes the global test where your countrymen, your people understand fully why you’re doing what you’re doing and you can prove to the world that you did it for legitimate reasons.”  (Sen. John Kerry, First Presidential Debate, Miami, FL, 9/30/04)

ü      Kerry Would Wait On French And Russians To Defend America.  SEN. JOHN KERRY: “I would have done what was necessary to know that you had exhausted the available remedies with the French and the Russians.” (MSNBC’s “Hardball,” 10/20/03)

ü      Kerry Said “Greatest Threat” Was Saddam’s “Miscalculation,” Not “Actual” WMDs.  KERRY: “I would disagree with John McCain that it’s the actual weapons of mass destruction he may use against us, it’s what he may do in another invasion of Kuwait or in a miscalculation about the Kurds or a miscalculation about Iran or particularly Israel. Those are the things that – that I think present the greatest danger. He may even miscalculate and slide these weapons off to terrorist groups to invite them to be a surrogate to use them against the United States. It’s the miscalculation that poses the greatest threat.”  (CBS’ “Face The Nation,” 9/15/02)

THREE: Claimed “This President Has Made, I Regret To Say, A Colossal Error Of Judgment. And Judgment Is What We Look For In The President Of The United States Of America.”  (Sen. John Kerry, First Presidential Debate, Miami, FL, 9/30/04)

ü      Kerry Questioned Judgment Of Those Claiming Saddam’s Capture Didn’t Help U.S. Security.  “Those who doubted whether Iraq or the world would be better off without Saddam Hussein and those who believe today that we are not safer with his capture don’t have the judgment to be president or the credibility to be elected president.”  (CNN’s “Capital Gang,” 12/20/03; Anne Q. Hoy, “Dean Faces More Criticism,” [New York] Newsday, 12/17/03)

ü      Kerry Pledged To Fund Reconstruction With “Whatever Number” Of Dollars It Took.  NBC’S TIM RUSSERT: “Do you believe that we should reduce funding that we are now providing for the operation in Iraq?”  SEN. JOHN KERRY: “No. I think we should increase it.”  RUSSERT: “Increase funding?”  KERRY: “Yes.”  RUSSERT: “By how much?”  KERRY: “By whatever number of billions of dollars it takes to win. It is critical that the United States of America be successful in Iraq, Tim.”  (NBC’s “Meet The Press,” 8/31/03)

ü      Kerry Said It Would Be Reckless And “Irresponsible” To Vote Against Funding For Troops.  LOS ANGELES TIMES’ DOYLE McMANUS: “If that amendment does not pass, will you then vote against the $87 billion?”  KERRY: “I don’t think any United States senator is going to abandon our troops and recklessly leave Iraq to whatever follows as a result of simply cutting and running. That’s irresponsible. What is responsible is for the administration to do this properly now. And I am laying out the way in which the administration could unite the American people, could bring other countries to the table, and I think could give the American people a sense that they’re on the right track. There’s a way to do this properly. But I don’t think anyone in the Congress is going to not give our troops ammunition, not give our troops the ability to be able to defend themselves. We’re not going to cut and run and not do the job.”  (CBS’ “Face The Nation,” 9/14/03)

SIX: Said Americans In Iraq Not Dying For “Mistake.”  PBS’ JIM LEHRER: “Are Americans now dying in Iraq for a mistake?”  KERRY: “No, and they don’t have to, providing we have the leadership that we put – that I’m offering.”  (Sen. John Kerry, First Presidential Debate, Miami, FL, 9/30/04)

ü      Earlier In Debate, Kerry Called Iraq War “Mistake.”  “We can’t leave a failed Iraq. But that doesn’t mean it wasn’t a mistake of judgment to go there and take the focus off of Osama bin Laden. It was.”  (Sen. John Kerry, First Presidential Debate, Miami, FL, 9/30/04)

ü      Said Knowing What He Knows Now, “Would Have Voted For The Authority.”  SEN. JOHN KERRY: “Yes, I would have voted for the authority. I believe it’s the right authority for a president to have. But I would have used that authority as I have said throughout this campaign, effectively. I would have done this very differently from the way President Bush has.” (CNN’s “Inside Politics,” 8/9/04)

EIGHT: Claimed “The President Says That I’m Denigrating These Troops. I Have Nothing But Respect For The British, Tony Blair, And For What They’ve Been Willing To Do.”   (Sen. John Kerry, First Presidential Debate, Miami, FL, 9/30/04)

ü      Kerry Dismissed Coalition Partners As “Window Dressing” And Claimed They’re Not Sharing Burden Of War And Reconstruction.  CNN’S BILL HEMMER: “The White House would say that dozens of countries are helping now in the effort on the ground in Iraq and they are engaged with the U.N., as well, how would more international involvement prevent the violence we’re seeing today?”  SEN. JOHN KERRY: “Well, the fact is that those countries are really window dressing to the greatest degree. And they weren’t there in the beginning when we went in, and they’re not carrying the cost of this war.”  (CNN’s “American Morning,” 3/2/04)

ü      Kerry Said, “We Now Know That Iraq Had No Weapons Of Mass Destruction, And Posed No Imminent Threat To Our Security.”  (Sen. John Kerry, Remarks At New York University, New York, NY, 9/20/04)

TEN: Claimed “My Position Has Been Consistent: Saddam Hussein Is A Threat. He Needed To Be Disarmed.”  (Sen. John Kerry, First Presidential Debate, Miami, FL, 9/30/04) 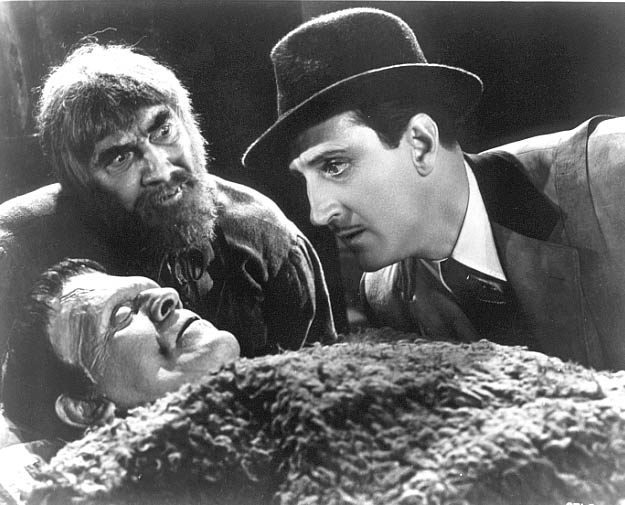 Mr. Lockhart, GW whacked old Lurch really hard during the first debate! GW let Lurch Rather America for 2/3's of the debate. It didn't help our side that Lurch had the questions ahead of time, as Lurch did a lot of Rathering. Lurch is badly hurt, Mr Lockhart!

Rush is reading this as I type this posting.

just watched the video... good times... Rush is now playing the audio... bahahaha! way to shoot your own foot Kerry!

He also damned W for not backing Kyoto, while he himself voted against it, twice.

THREE: Claimed “This President Has Made, I Regret To Say, A Colossal Error Of Judgment. And Judgment Is What We Look For In The President Of The United States Of America.” (Sen. John Kerry, First Presidential Debate, Miami, FL, 9/30/04)

Immediately after this statement, Jim Lehrer followed with a question thus so:

It seems to me that Kerry had been supplied with the questions ahead of time. His answers where too pat, exactly filled the time slots. Further, and this exchange tells me that Jim Lehrer knew ahead of time exactly what Senator Kerry was going to say. Where else could he have come up with "colossal"?

What about that? Wasn't Jim Lehrer supposed to have prepared his questions IN ADVANCE? How could he have come up with this question unless he knew what Kerry was going to say?

Link no longer available... does anyone know where I can watch this?

"My Position Has Been Consistent: Saddam Hussein Is A Threat. He Needed To Be Disarmed."

They connected the dots in 1998 but Senator Kerry and MSM can't seem to connect the dots in 2004.

Here is an easy to read chart of what the media was saying pre-911 (and after): Connect the Dots...Saddam Hussein and Osama bin Laden.


Lots of facts and quotes about the president-wannabe at the John F. Kerry Timeline.
.


I mean, this is the president who said "There were weapons of mass destruction," said "Mission accomplished," said we could fight the war on the cheap -- none of which were true. (Sen. John Kerry, First Presidential Debate, Miami, FL, 9/30/04)


And now we see beheadings. And we got weapons of mass destruction crossing the border every single day, and they're blowing people up. (Sen. John Kerry, First Presidential Debate, Miami, FL, 9/30/04)

Regarding Flip-Flop #10...it seems that recently (possibly last night...early in the debate) John Kerry said publicly that Saddam/Iraq was not a threat to us because of the no fly zone in his country and the UN sanctions that were in place against him. Yet, at the end of the debate last night, Kerry agreed with President Bush that Saddam/Iraq was a threat and needed to be removed, but that Bush went about removing him in the wrong way...he needed to give the sanctions more time to work.

Does anyone else remember hearing Kerry say this? If so, we have another major flip-flop, but this one happened within an hour of each statement.

anyone have a new link to video?

Link is working fine for me

I heard Kerry say Saddm was a threat is his closing statement and it perked my ears up too. He flip flopped within the debate.

I agree with your suspicion. I'm not so sure Jim Lehrer knew what Kerry was going to say, but rather that Kerry new in advance what the questions were, which was reflected in the phrasing of Kerry response.

Pursuing that idea, -- and this may have been mentioned before -- at the end of Kerry's response to the very first question, he went through a litany of what he was going to "do better" than Bush, -- and he finished with: "...All of these, and especially homeland security, which we'll talk about a little bit later."

How did he know what was coming later? OK, not exactly a smoking gun (since HS was considered a subtopic of the entire debate), but suggests to me Kerry may have had a pretty good feel for the specific agenda to follow (i.e. the actual questions and their arrangement).

The strongest evidence of Kerry's "exposure" to the questions ahead of time was his slick, "rehearsed", and well-timed answers. He was literally TOO smooth -- especially compared with other interview situations he's been in, IMO. All of these, and especially homeland security, which we'll talk about a little bit later.