LITTLE ROCK, United States (AFP) - On the eve of the opening of his presidential library, Bill Clinton (news - web sites) voiced lingering bitterness Wednesday over what he sees as the political and personal persecution he suffered in office.

But his most passionate comments were reserved for a biting indictment of Kenneth Starr, the independent counsel whose efforts were largely responsible for Clinton's impeachment on charges of lying about his relationship with White House intern Monica Lewinsky.

"No other president ever had to endure someone like Ken Starr indicting innocent people, because they wouldn't lie, in a systematic way, and having respectable news outlets treat them like they were serious, and parroting everything they leaked," Clinton said.

"No one ever had to try to save people from ethnic cleansing in the Balkans, and people in Haiti from a military dictator that was murdering them, and all the other problems I dealt with, while every day, an entire apparatus was devoted to destroying him," he added.

"And I had more support from the world, and world leaders, and people around the world, when I quit than when I started," he said.

Clinton's impeachment features in his library's permanent exhibition, although the focus is firmly on his partisan struggle with the Republican-controlled Congress, rather than on the salacious details of his liaisons with Lewinsky.

President Bush (news - web sites) will speak at the formal dedication of the library on Thursday, and Clinton had some measured words of praise for the man who succeeded him in the White House.

"He's a really good politician," Clinton said. "This compassionate conservative is a great idea. It's like saying ... I will give you everything Bill Clinton did with a smaller government and a bigger tax cut. I mean, he's very good."

Of his recovery from a quadruple bypass in September, Clinton said he still got tired easy but was managing to walk a mile uphill every day in an effort to build up stamina.

"I'm more alive to just the pace of daily life than I used to be, and I'm very grateful for things that are easy to take for granted," he added.

Bill, you had better "put some ice on it."

An absolute pathological liar with some major denial issues.

A fraud through and through.

Age does not bring wisdom.

I think that Clinton's biggest regret is that the WTC towers were not attacked on his watch.

Age does not bring wisdom.

All age brings is white (or no) hair, and wrinkles. Just look at Slick's hair. White as snow. He is going to be a dirty old man now!!! Har har har

To say that President Bush, "is a really good politician..." is a huge insult. 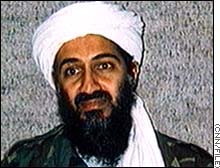 He cheats on his wife, we won't even TALK about the cigar issue, lies in court, lies to the public, and HE'S STILL ANGRY??? What the H E double hockey sticks does HE have to be angry about??

Full of it as usual.

That CABG took a lot out of him...that pic makes him look old and sallow.

The rumours of his slow recovery seem true.

My God, the narcissism is so pronounced it is doubtless terminal.

Did Clinton ever find his legacy? It must be somewhere in the library among all those billions of documents. Has anyone looked in the impeachment room?

Saying it doesn't make it so, bubba! YOU - and YOU alone - are the reason I became a Republican. So, in a way, I should be grateful you are such a low-life scumbag! Thanks for being such a loser and for taking your party down the toilet with you.

Dittos. As the detective on Law and Order: SVU said the other night, "You believe your own lies! You've conned yourself."

He looks terrible. He is starting to look like Carter does today. He will age badly.

18 posted on 11/18/2004 9:50:26 AM PST by CasearianDaoist
[ Post Reply | Private Reply | To 9 | View Replies]
To: Oldeconomybuyer
"He's a really good politician," Clinton said. "This compassionate conservative is a great idea. It's like saying ... I will give you everything Bill Clinton did with a smaller government and a bigger tax cut. I mean, he's very good."

Un-friggin'-believable. In The Bent One's mind, *everything* in life revolves around him...

Unfortunately the dictator he replaced became a dictator himself who had to be deposed, as so many of us predicted he would.

THESE are the "accomplishements" which he HIMSELF cites? It is a damning indictment of the disastrous failure that was the Clinton Era.