Editor’s Note: This story contains graphic details that may not be suitable for all readers.

Smith County Sheriff’s officials released new details Sunday in the grisly murder of a Whitehouse woman that include mutilation of her body and possible cannibalism.

Sheriff J.B. Smith told the Tyler Morning Telegraph that 25-year-old Christopher Lee McCuin sits in his solitary jail cell with a nonchalant attitude expressing no remorse for the “horrible acts” he is accused of carrying out against Jana Shearer, 21.

Smith said investigators found Shearer’s body with chunks of flesh cut out, one ear boiling in a pot of water on the stove and a plate of human flesh with a fork on the kitchen table in the brick home at 423 Princess Place in Tyler.

“I’m never shocked anymore, but I am surprised that human beings can actually do this kind of stuff to each other,” the longtime sheriff said. “You ask yourself how anyone could do anything like this to someone else. I just don’t have an answer.”

McCuin remains in the Smith County jail on capital murder charges and a $2 million bond.NIGHT OF CRIME Sheriff’s officials say McCuin went to Shearer’s home in Whitehouse Friday night and the two talked, but no one saw her alive again.

“She let him in the house and the two talked for awhile and then they went outside,” Smith said. “That’s the last time anyone saw her, and we feel she was taken against her will because she was not wearing any shoes, she didn’t have her purse or her cell phone.”

Smith said sometime after abducting the woman, McCuin is believed to have killed her by beating her in the head with a blunt object multiple times. They believe she was killed in the southern part of the county, but they have not located the murder scene.

“This was a very violent murder and he beat her many, many times,” he said. “We believe he then placed her in the backseat of the pickup, but we’re not sure.”

Smith said McCuin then drove to his estranged wife’s home on County Road 413 between 3 and 3:30 a.m., broke in and fought with William Veasley, 42, who was stabbed several times in the shoulder area.

McCuin was still at the home on CR 413 when deputies arrived, but jumped in his truck and drove off, which triggered a short police chase.

“The deputies took out after him, but quickly lost him,” Smith said. “We don’t know if the body was in the truck at that time or not.”

It is believed McCuin then broke into Tyler Custom Openings on Loop 323, but detectives do not know if he took anything or why he went there. It would be several hours before McCuin arrived at his mother’s home in the usually quiet Wellington Place subdivision located off Texas Highway 64 west near Tyler Pounds Regional Airport.

“Shortly before 9 a.m. (Saturday) (McCuin) showed up at his mother’s house and told her to come see what he had done,” Smith said. “(His mother and her husband) came out to the truck, then fled when they saw the body and went to the Tyler police and told them her son had killed his girlfriend,” he said.

At 9:58 a.m. McCuin called the Smith County 911 dispatcher and in a “matter of fact” way said he had killed his girlfriend and was boiling parts of her.

“He led the dispatcher to believe he may have been eating flesh, but we are not sure at this time,” Smith said. “Her body is lacerated, with chunks cut out of her face and upper torso area.”

He added the district attorney has put a hold on the 911 tapes, labeling it as a crucial piece of evidence.IN CUSTODY Smith said after a brief standoff, McCuin emerged from the home holding a knife, which he promptly dropped. When he was placed into a waiting cruiser, McCuin then kicked out the window and had to be further restrained.

“I about passed out when that glass shattered because I thought somehow he had gotten a gun and was shooting,” neighbor Pam Hightower said at the scene Saturday.

“I didn’t even know anything was going on until I looked out of my window and saw a bunch of police with their guns drawn in my yard,” said Ms. Hightower, who lives next-door. “This is really scary that this happened next door.”

Smith said McCuin was put into another unit and transported to the Smith County Jail, where he was held on an outstanding warrant for felony obstruction/retaliation in another case.

While detectives and crime scene personnel combed the house for evidence, McCuin’s mother, dressed in a house robe, pants and slippers, returned to get some medications.

Ms. Hightower and other neighbors said they believed McCuin may have been on drugs and have dealt with him in the past.

“He would stand in the roadway and wouldn’t let people pass and he would talk to himself. He acted crazy,” she said.

Smith said toxicology tests were being done to see if McCuin was under the influence of narcotics.

He said McCuin is being checked every 10 minutes, but has shown no indications of suicidal behavior.

Smith said he hopes everyone remembers the victims in Saturday’s murder.

“We need to remember that in this case the young woman and her family are victims – and so is the suspect’s family.”

The Whitehouse is in Smith County? When did they move it?

Prayers for the victim and her family.

3 posted on 01/07/2008 8:00:28 AM PST by basil (Support the Second Amendment--buy another gun today!)
[ Post Reply | Private Reply | To 1 | View Replies]
To: Arec Barrwin
...Whitehouse woman that include mutilation of her body and possible cannibalism.

...one ear boiling in a pot of water on the stove and a plate of human flesh with a fork on the kitchen table...

Horrible story, and a horribly written story as well.

We have to read well through it before we learn that the victim is the guy’s girlfriend — that would seem to be an important detail to include early on. And the fact that he was a known hallucinogenic drug user doesn’t get included until the very end of the story.

So the real story is shocking enough, but the writer seeks to make it even more shocking by making it (initially) incomprehensible.

6 posted on 01/07/2008 8:04:05 AM PST by WL-law
[ Post Reply | Private Reply | To 1 | View Replies]
To: Arec Barrwin
At first I thought it said McCain accused of cannibalism and it didn't surpise me a bit. After all he has tried to eat his fellow Republicans time and again.

"We don't now what happened to Obama. Maybe he just took a long vacation somewhere. Here, have another rib. Our pit-master is quite the 'q-er"

When ytou visit the link to the Tyler paper and this story, there’s a list of Tyler news events, located right below the story. The second one listed is:

Just how widespread is cannibalism in Tyler?

Wanted to see if his white girlfriend really taste like chicken.

Back in the day, he'd probably already be swinging from a freaking branch.

The other white meat.

Who are these clowns - the Keystone Kops?

Any half-a$$ attorney will move for dismissal faster than Willie boy can drop his pants.

Yeah--I know. Unfortunately it takes 20 or 30 years of keeping this guy at government (taxpayer) expense before we can finally kill him.

No they just do not pander to the news media. This crime was just committed and an investigation is still underway. Evidence to this crime will be presented at the appropriate time. 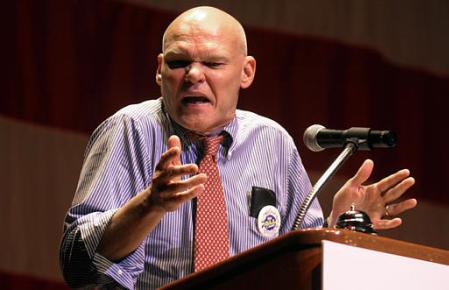 I wonder what the savage will ask for at his last meal?

A more informative story on the incident here:

I wonder if he had some fava beans and a nice kee-an-tee?