In the past few days, an image of Barack Obama depicted as Heath Ledger's Joker character from the movie The Dark Knight has been posted around streets and freeways in Los Angeles and is also doing the rounds on the internet. With the caption "socialism" at the bottom, the image is supposed to be a not-so-complimentary piece of street art, a radical take on the president's ubiquitous "Hope" poster by Shepard Fairey.

There is no doubt that the image is creepy and makes the president look sinister. But is it, as some have claimed, "dangerous", "mean spirited" or indeed "racist"? I don't think so.

Let's take the accusation of racism. I believe that the president's race means that there is a need for cultural sensitivity in how people talk about and depict him. And there is no doubt that some other cartoons and pictures have been offensive or highly questionable. However, there is also a need to avoid being overly sensitive at every single joke or piece of satire that comes Obama's way, particularly those that are in contrast to one's own beliefs about the president. Is it simply too easy to call something anti-Obama "racist" just because one doesn't agree with it?

Some have said that this picture is offensive because Obama is in white face and the image is,

Obama=socialism. Why is that so hard to understand?

***Isn’t the right to make fun of the president one of the most enjoyable aspects of a democracy?***

I wasn’t aware we lived in a Democracy.

Socialist of the year.

It's OK, conservative superheroes are sexist, too.

They may need to lighten up.

she;s right, instead of “socialism” at the bottom it should say “tyranny”

As was on Drudge, Vanity Fair published a Joker faced Bush. Where was the outrage then??

Actually the writer makes the point that the president has to take the flack as part of the job. He even mentions the flack Bush took. The writer does get Obama’s agenda wrong (claims he’s not a socialist because Britain is much more socialist), but he does not say Obama is above satire.

Thia President is getting the same dose of medicine as that given to the previous President, including identical look and caricature.

While the prior version was so obviously off the mark that no one took it seriously, this one appears to be ‘closer’ to the mark guaging by the reaction of those trying to shield it at all costs.

Julie Neumar just did not appear in enough Batman eppisodes. 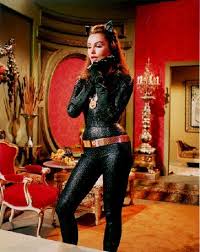 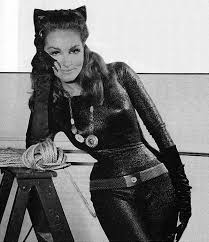 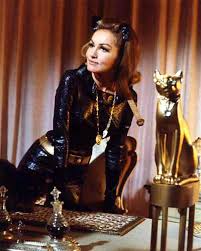 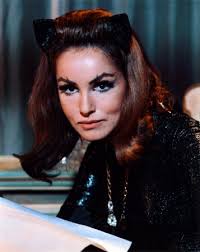 It seemed the obvious place to go with this.
The perrrrrrrfect Batman villainess.

12 posted on 08/06/2009 10:47:27 PM PDT by HowlinglyMind-BendingAbsurdity
[ Post Reply | Private Reply | To 7 | View Replies]
To: NoRedTape
the caption "socialism" at the bottom, the image is supposed to be a not-so-complimentary piece of street art, a radical take on the president's ubiquitous "Hope" poster by Shepard Fairey.

Socialism was probably the wrong word if you are going to compare Obama to the “Dark Knight’s” Joker.

I think that a more appropriate word would be Change.

The Joker character in the “Dark Knight” was an agent of Change, Radical Change.

Obama sees himself as an agent of change. He campaigned as the Change We have been waiting for.

Obama’s ambition is to change America.

Obama is an agent of Radical Change. 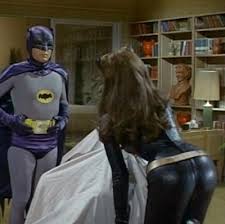 Forget the Heath Ledger/Dark Knight bummer schtick.
And bring back the real Batman.

18 posted on 08/06/2009 11:05:24 PM PDT by HowlinglyMind-BendingAbsurdity
[ Post Reply | Private Reply | To 16 | View Replies]
To: NoRedTape
I believe that the president's race means that there is a need for cultural sensitivity in how people talk about and depict him.

I don’t know. As a life-long Batman fan, I think that Obama and the Joker have alot in common. Clearly, they are both somewhat mental and crude. They both think mentally retarded children are funny, they both think that ending the “suffering” of seniors would be a good way to save lives, they use strong-arm tactics to get what they want, including letting thugs in Phily steal elections, they both have friends that blow up people and places, they both think children are annoying or are a mistake, and they surround themselves with pyschotics, one of whom thinks that life may not even be real even after you passed through your mother’s birth canal. They are also both extremely narcisstic. Additionally, no one knows where the Joker was born or who he really, really is, they both have delusions of granduer, and are both extremely paranoid, obessing about the person who can bring them down. For the Joker, it is Batman. For Obama, it is a lowly fuzzball of a radio announcer. One even thinks that he can spend money that he doesn’t even have! At least the Joker knows that he has to rob banks to pay his people or they will go to work for the Penguin, who will probably pay them better.