A diplomatic row between the U.S. and India has deepened after it emerged that a second dignitary was subjected to an invasive security search at a U.S. airport. India's UN envoy Hardeep Puri was detained for more than 30 minutes in a holding room at Houston Airport, Texas, after refusing to remove his turban.

The Indian Foreign Minister SM Krishna today said: 'We have taken it up with the U.S. authorities and the matter is at that stage.'

Sikh men are expected to keep their heads covered in public at all times and turbans are only to be removed in the most intimate of circumstances, or when washing. It is even forbidden to touch the head dress in public as it symbolises self-respect, honour, and piety. India has reportedly lodged an official protest through its Consulate General in Huston with the U.S. authorities.

Another “protected class” is coming. So at this point, if I go through security in a hijab with a turban on my head, I should sail through no problem.

...but only if they're hotties.

The TSA officials responsible for this should be immediately fired.

They have been told time and time again that ‘enhanced’ pat-downs and strip searches are ONLY for pre-pubescent children, nuns and elderly folks with mobility issues.

And he is from a truly smelly turd-world country, after all. I can imagine the TSA mouth-breather holding his breath the entire time during the detention.

Who knew WW III would be between the US and India, and would be started by the TSA?

Another pat down of diplomat in US, India takes up issue

New Delhi, Dec 13 (IANS) India has taken up with the US a second ‘pat down’ search of a diplomat, this time involving India’s Permanent Representative to United Nations Hardeep Puri, who was reportedly asked by airport security staff in Texas if they could check his turban.

Puri has clarified that he refused to have his turban checked and that the airport security official apologised to him later.

Reacting to reports of the latest frisking incident of an Indian diplomat, External Affairs Minister S.M. Krishna told reporters: ‘I have taken it up with the US authorities. And the matter is at that stage.’

‘Secretary of State, Mrs. Hillary Clinton, has also given an indication to the fact that they are going to revisit some of these procedures, particularly with reference to diplomatic corps of other countries,’ added Krishna.

Indian envoy Puri said that during transit at Texas airport Nov 13, a security personnel asked him if he was aware of the new procedures which had come into force and he replied in the positive.

‘After I went through the scanner, without any beep, they told me to come to a separate enclosure and asked me if I was willing to have my turban patted down. I said the new procedure provides an option for a passenger to refuse the pat-down and touch the turban with his own hand and to then offer the hand for a swipe,’ Puri told CNN-IBN news channel.

The US security personnel was ‘not aware’ of the new rules, and asserted that he wanted to pat down Puri’s turban. ‘However, I refused to do so. I told him to check with his superiors and that I would refuse to have my turban patted down. After 30 minutes, the security team came back, apologised profusely and I was allowed to proceed and the issue was over,’ he said.

The Indian envoy insisted that media reports of his turban being checked were not true. ‘I want to keep the record straight. My turban was not patted down,’ Puri said.

Meera Shankar was subjected to a pat down search at the Jackson-Evers International Airport Dec 4 after her visit as a guest of the Mississippi State University.

According to the Jackson Clarion-Ledger, Shankar was singled out from a group of 30 passengers and pulled aside. Witnesses told the paper that she was chosen as she was wearing a sari, and was patted down despite her diplomatic passport.

Krishna had described Shankar’s experience as ‘unacceptable’. ‘We are going to take it up with the government of the US that such unpleasant incidents do not recur,’ the minister told reporters outside parliament Thursday.

US Under Secretary of State for Political Affairs William Burns made a personal call to Shankar to apologise for the incident.

Former Indian diplomats have reacted to the latest incident by pointing out that there should be reciprocal treatment of foreign envoys in India.

‘The issue is not just of diplomats, but also of our Sikh brethren, whose issue we had taken up several times,’ former Indian ambassador to US, Ronen Sen told Times Now television channel.

He said the security check of Puri’s turban violated the reassurances given by US authorities on sensitivity in handling religious symbols during checks. ‘We had explained to them that a pagri (turban) that a Sikh wears is not a headgear. It is a religious symbol, which should be treated with respect,’ said Sen.

He said that there should be a ‘reciprocal (treatment) across the board’. Similarly, former foreign secretary Romesh Bhandari said that ‘reciprocity may be desirable’.

In New Delhi, US deputy chief of mission Donald Lu, who was summoned to the external affairs ministry in South Block was told by Javed Ashraf, joint secretary (Americas) that despite the fact that the mission has followed the State Department’s guidelines for expedited clearance for ambassadors and Shankar had presented her diplomatic identity, the envoy had to undergo enhanced security checking because ‘as we have been informed she was wearing a sari’.

The US diplomat was told that India understood and respected everybody’s security procedures, but also expected that normal diplomatic privileges and courtesies are extended to ambassadors and Indian diplomats.

‘Such incidents naturally lead to call for review of privileges and facilities extended in India,’ the US diplomat was told.

If you read the whole article, the TSA comes across as stupid. Amazingly enough the Sikh Diplomat ASKED for TSA guidelines to be followed. What makes this a joke is that the TSA did not know their own guidelines. They had to call it in and found out in the affirmative 30 minutes later.

So, here is how this went down:

All in all, training is missing in the TSA. However, jokes aside, the Sikh guy did say that NO ONE was impolite to him. He is just a bit miffed that as a foreigner he knows more about US Law than our front line personnnel

What did you expect?
There isn’t one person in ths TSA with the brains that God gave Goats. Ant that includes the cow at the top.

This has been the case for aeons. Hence, the Diplomatic Passport: 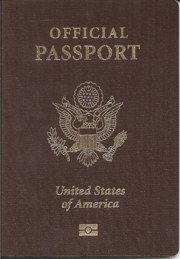 Janet Nappy wants to include all bus & train travel in the TSA scrutiny.

How many bus stops are there in small towns & villages?
How many train stops?

It would take thousands of TSA persons to perform such searches.

There is going to be trouble soon. Be prepared.

Official Passport is not a Diplomatic Passport and does not give you any diplomatic rights, exemptions or privileges. Just to be clear. . .

Foreign diplomats are above citizens. In this case, they are not subject to searches because they have diplomatic immunity. This is to protect them from harassment by Intelligence agencies of host nations. US diplomats in India are accorded this privilege and they do not go through security search at airports when they present diplomatic passports. Folks might feel that this is a special treatment. It might be but its required by the job these folks perform.

What does an official passport do for a holder, if I may ask? Diplomatic privileges, but without the immunity?