WRIGHT-PATTERSON AIR FORCE BASE, Ohio — Two miles from the cow pasture where the Wright Brothers learned to fly the first airplanes, military researchers are at work on another revolution in the air: shrinking unmanned drones, the kind that fire missiles into Pakistan and spy on insurgents in Afghanistan, to the size of insects and birds.

The base’s indoor flight lab is called the “microaviary,” and for good reason. The drones in development here are designed to replicate the flight mechanics of moths, hawks and other inhabitants of the natural world. “We’re looking at how you hide in plain sight,” said Greg Parker, an aerospace engineer, as he held up a prototype of a mechanical hawk that in the future might carry out espionage or kill.

Half a world away in Afghanistan, Marines marvel at one of the new blimplike spy balloons that float from a tether 15,000 feet above one of the bloodiest outposts of the war, Sangin in Helmand Province. The balloon, called an aerostat, can transmit live video — from as far as 20 miles away — of insurgents planting homemade bombs. “It’s been a game-changer for me,” Capt. Nickoli Johnson said in Sangin this spring. “I want a bunch more put in.”

From blimps to bugs, an explosion in aerial drones is transforming the way America fights and thinks about its wars. Predator drones, the Cessna-sized workhorses that have dominated unmanned flight since the Sept. 11, 2001, attacks, are by now a brand name, known and feared around the world. But far less widely known are the sheer size, variety and audaciousness of a rapidly expanding drone universe, along with the dilemmas that come with it.

Well now... looks like we are going to need some insecticide developed that will repel the buggers...

So now if when we see a cockroach in our house, think twice about the possibility of the government spying on us ( psychotic thinking alert)

With nano technology, perhaps size on the molecular level.

The potential for domestic political spying is high,you just know that some of these will be used by the DNC when they get a chance.

“What do they know? We don’t know. 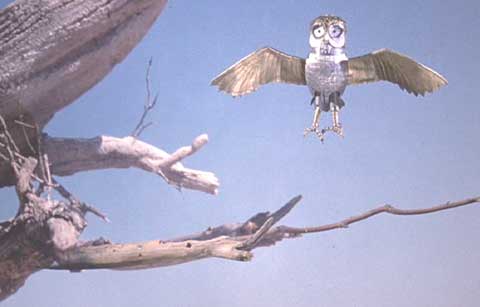 If the press is already reporting on these things and showing them off, you can bet they’ve been in use by the military for a couple of years. Look at the Randy Weaver stand-off situation with regards to remote control armed robots. The MSM didn’t start openly reporting on them until years after Ruby Ridge.

Re; photo of Obongo with fly on his lip- this is NOT photoshopped.
What do you make of a person undisturbed by a fly sitting on his mouth???
This is surreal.

That was an X-Files Episode...