There may be an overtly political reason that moviegoers will be seeing the story of the Osama bin Laden raid just before they vote for president. Sony Pictures, the company distributing next year's film, hosted a fundraiser for Barack Obama on their studio's premises in California last April. So far, Sony is the only major studio to hold a political fundraiser this cycle. According to Deadline Hollywood, Sony will release the bin Laden movie, directed by Academy Award-winning director Kathryn Bigelow, on October 12, 2012--less than a month before the presidential election.

"The eyebrow does go up when you see the release date," says Douglas Urbanski, a Hollywood producer and conservative radio talk show host. Urbanski said he believes Bigelow's movie will be straightforward and apolitical, much like her 2009 war film The Hurt Locker (which won the Academy Award for Best Picture). But Sony's decision to release the bin Laden movie just weeks before the election, he says, is most likely "very, very deliberate."

Urbanski was a producer for The Contender, a 2000 political thriller with a plot that sympathized with a sex scandal-plagued Democrat and demonized a conservative Republican member of Congress. The movie was released on October 13, 2000. "It was without a doubt a deliberate attempt to influence the election," says Urbanski.

Sony Pictures could not immediately be reached for comment.

TOPICS: Culture/Society; Politics/Elections
KEYWORDS: 2012; binladen; hollywoodliberals; kathrynbigelow; obamaasreerection; obamareelection; obl; october2012; octobersurprise; osama; osamabinladen; seals; sealteamsix; sony; sony4obama; spikingtheball Navigation: use the links below to view more comments.
first 1-20, 21-40, 41-60, 61 next last
What's one more illegal in-kind campaign contribution from the media and Hollywood? Hell, Obama gets billions in such from the US news media every year in their entirely non-critical coverage of his performance, all as a follow on to the $5 billion worth of illegal, in kind contributions to the Obama campaign from the news media in 2008 from pro Obama campaign ads in the guise of unbiased journalism. Somehow I doubt anyone will even care enough in October 2012 to go see this movie--already the killing of OBL seems like old news---nor have their vote influenced by it especially if the economy remains as mired in the sludge as it currently is.
1 posted on 08/10/2011 9:27:26 PM PDT by MissesBush
[ Post Reply | Private Reply | View Replies]
To: MissesBush

The Seals got Obama.

The only thing Obama killed was our children’s future.

Can you say fascism.

3 posted on 08/10/2011 9:29:39 PM PDT by Gene Eric (May our dreams converge for a free and prosperous nation.)
[ Post Reply | Private Reply | To 1 | View Replies]
To: MissesBush
This president, by all appearances, makes Richard Nixon look like an Eagle Scout.

Leni Riefenstahl is alive and well.

I wonder who will play the part of Obama???

I’m sure that this will be a propaganda movie, and will show that Obama was courageous and determined to move this mission forward. It will probably hint that Obama was on the trail of Bin Laden on Day 1 of his presidency, but due to the need for secrecy, didn’t want to tip his hand on what he was doing.

It will be propaganda. At best it will be a sort of historical fiction.

Will the young adults who are the biggest movie audience go see it? If they don’t, Sony could have the embarrassment of a box office bomb on its hands.

I will state right now that I will NOT go see the Obama movie.

I wonder if there will be fawning reviews of this movie from all the movie critics.

I just canceled my Sony movie channel on DirecTV and will never again buy another Sony product.

[and believe me, I’ve spent many thousands on their cameras, TVs, DVD recorders, car and home stereos, desk and laptop PCs, etc]

“I wonder who will play the part of Obama???” 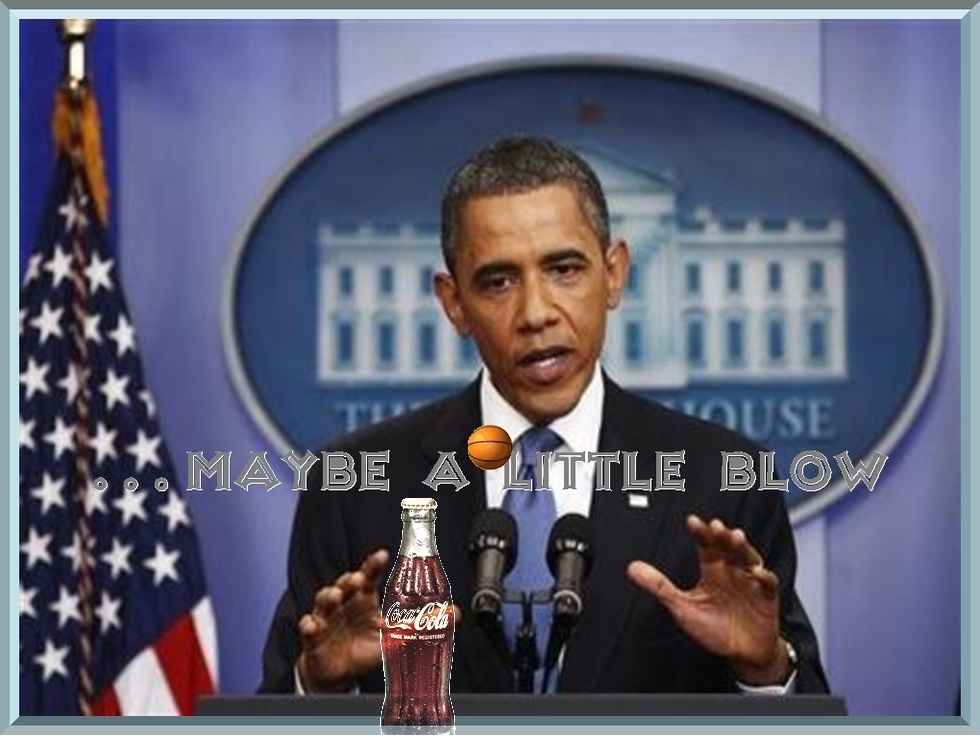 It will be a flop and in fact, it might back fire on 0bama.
Most 0bama supporters probably won’t go and the rest of us definately won’t go.

I have a strong suspicion it will be a total flop and prove to be a gigantic embarrassment to them all.

As an aside, I once talked to someone and mistakenly referred to Barney Frank as Barney Fife. Turns out this person was liberal,and didn’t see the humor. It was actually unintentional on my part, but, they couldn’t laugh about it. Where’s the liberal sense of humor????

I can’t think offhand of any black actors who might be a believable Obama. Well, the magic of makeup and editing and voice overs will make someone resemble Obama.

If Sony products weren’t so good, I’d return the Sony SW radio my wife bought me for my birthday a few months back before we knew this.

I am a young adult and I saw The Hurt Locker, but I am not interested at all in something that is deliberately played just to show us a failure of a president doing something against his wishy-washy set of foreign policy ideas.

The Rat Party screamed bloody murder at the mere mention of 9/11 fearing images of Bush at the site would lose them a vote or two.

I remember not long after 9/11/2001 callers to talk shows emphatically denouncing the American Flag and swearing to oppose it wherever -- it's too Republican they said.

Even Rat Party employees of the MSM refused Flag pins -- now the July 4th Independence Day will likely be banned, a Harvard (I think, and no surprise) study showed that it was a "Republican" holiday -- especially dangerous for young children who could be influenced to honor America as a Republican.

You cannot have dialog with sick minds and mental retards. It's best to just get it (whatever it turns out to be) over with.

I’ve always bought Sony products. I can now say that I’ve purchased my last one. And believe me, I’m one of those lowlifes that REALLY holds a grudge. Once you piss me off, you’re toast. I also like to spread the word to my friends. Sony will be losing some customers over this. It may not be a lot but every little bit hurts. IMHO.