The Israeli government is expected to approve the long awaited 'aliyah' (immigration) of more than 7,200 Indian Jews from the north-eastern states of Manipur and Mizoram in the coming weeks, a media report said.

The decision to allow the last members of the "lost" Bnei Menashe tribe to immigrate to Israel is being greeted with excitement by local Evangelical Christian groups, who view it as fulfillment of Biblical prophecy and who have pledged financial support for the move, 'The Jerusalem Post' daily reported.

The ministerial committee on immigration and absorption, headed by foreign minister Avigdor Lieberman, decided, about three months ago, "in principle" to bring the remaining 7,232 members of the northeastern Indian community to the Jewish state

"I am very optimistic that within the next few weeks we will at last have a historic breakthrough which will allow the lost tribe of Bnei Menashe to return to Zion," Michael Freund, founder and chairman of Shavei Israel, a Jerusalem-based organisation that has been at the forefront of Bnei Menashe immigration to Israel, was quoted as saying.

More than 1,700 members of the north-eastern Indian Jewish community, referred as Bnei Menashe (sons of Menashe), have immigrated to Israel over the last decade, but their aliya was subsequently halted in 2007 over the issue of their "Jewishness", even though the Israeli Chief Rabbinate had earlier recognised the community as "descendants of Israel".

The community claims descent from one of the 10 lost tribes of Israel, who were sent into exile by the Assyrian Empire more than 27 centuries ago.

Their ancestors are believed to have wandered through Central Asia and the Far East for centuries, before settling in what is now northeastern India, along the border with Burma and Bangladesh.

Thanks for posting this.

Do they have that many convenience stores in Israel?

6 posted on 09/27/2011 3:53:05 PM PDT by allmendream (Tea Party did not send the GOP to D.C. to negotiate the terms of our surrender to socialism.)
[ Post Reply | Private Reply | To 1 | View Replies]
To: nickcarraway
but their aliya was subsequently halted in 2007 over the issue of their "Jewishness", even though the Israeli Chief Rabbinate had earlier recognised the community as "descendants of Israel".

So did they resolve the issue with DNA testing?

The towel heads are going to love that. 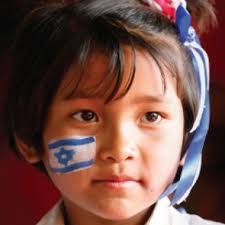 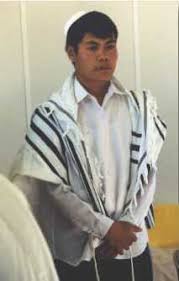 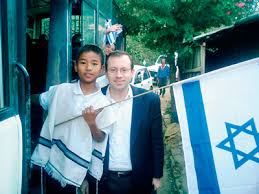 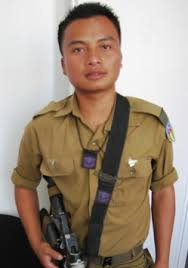 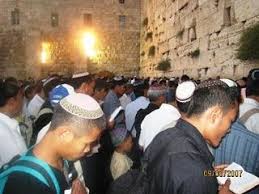 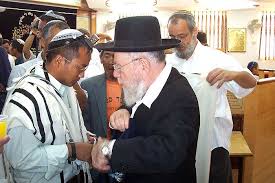 Brother! Check out the comments on the link’s site...”Good riddance” was the nicest! Did these people go to Rev Wright’s church?

Those Inians sure do travel well.

Thanks for this good news.

BLESSED BE THE GOD OF ABRAHAM, ISAAC AND JACOB!

16 posted on 09/27/2011 8:40:29 PM PDT by Quix (Times are a changin' INSURE you have believed in your heart & confessed Jesus as Lord Come NtheFlesh)
[ Post Reply | Private Reply | To 1 | View Replies]
To: Pontiac; nickcarraway
but their aliya was subsequently halted in 2007 over the issue of their "Jewishness", even though the Israeli Chief Rabbinate had earlier recognized the community as "descendants of Israel".

So did they resolve the issue with DNA testing?

In the New Testament you might remember how Jesus' disciples were surprised that he would talk to a Samaritan. Also remember the parable of the good Samaritan. To Judah the Samaritans were basically considered to be a mixture and were looked very down upon. That is why though they are descendants of Israel there may not have been a proclivity for the Jews whose background is from the Kingdom of Judah to want to include in there number a "Samaritan". That would be my guess about what the hold up was all about, but I am not sure.

The Northern Kingdom consisted of of the tribes of Zebulun, Issachar, Asher, Naphtali, Dan, Manasseh, Ephraim, Reuben and Gad. Also Livites were incorporated into all the tribal areas.

The Southern Kingdom consisted only of the tribes of Judah and Benjamin with their Livites. These are the people call today "Jews". That is why though people from the tribe of Manasseh are, in the article, referred to as "descendants of Israel" but not, per say, as "Jews".

PRAISE GOD FOR HIS FAITHFULNESS.