The controversy surrounding a gay prosecutor denied a judicial appointment isn't quite over yet.

Tracy Thorne-Begland might have another shot at the job. He could be named an interim judge. He didn't get enough in the Republican-controlled house to win this job earlier this month.

Many of his supporters felt he was denied the job because he's openly gay.

Since lawmakers never filled the position, the Times-Dispatch reports that the six judges of Richmond's Circuit court can then decide if they want to fill the open bench spot or decide to take on more cases in the future.

Many are saying Thorne-Begland would be on the short list of candidates if they decided to fill the position.

These judges are not required to fill the vacancy but the opening is in a busy district.

TOPICS: Constitution/Conservatism; Government; News/Current Events; US: Virginia
KEYWORDS: gaymarriage; homosexualagenda; judges; pervert; pervertpower; richmondva; tracythornebegland
Thorne-Begland is a homosexual activist who has been front and center for the homo agenda on national television. He is in a homo marriage which is NOT LEGAL in Virginia! I am really disappointed with our Governor Bob McDonnell who has apparently "evolved" on gay judges (LINK). He had an opportunity and platform to stand up for Conservative/Constitutional principles and instead caved to the Queer Spring/PC environment. At least Bob Marshall, a Conservative member of the VA General Assembly who lead the fight to deny this activist a judgeship stood up:

Thorne-Begland "displayed a pattern of behavior inconsistent with what we have come to expect in Virginia judges." As examples, he said Thorne-Begland had been forced to "misstate his background" in order to join the Navy in the late 1980s, defied regulation by going on television and been openly critical of the now-defunct "Don't Ask, Don't Tell" policy. "He can be a prosecutor if he wants to," Marshall said, "but we don't want advocates as judges." Marshall added that he was "concerned about possible bias" if Thorne-Begland had been appointed a General District judge, using the example of a barroom fight between a homosexual and heterosexual. Marshall rejected Baldwin's comparison of the issue to civil rights and women's suffrage, remarking: "Sodomy is not a civil right. It's not the same as the civil rights movement." LINK

But it looks as though the judges themselves may appoint him anyhow - despite the wishes of the citizens of the Commonwealth as expressed through their elected representatives. 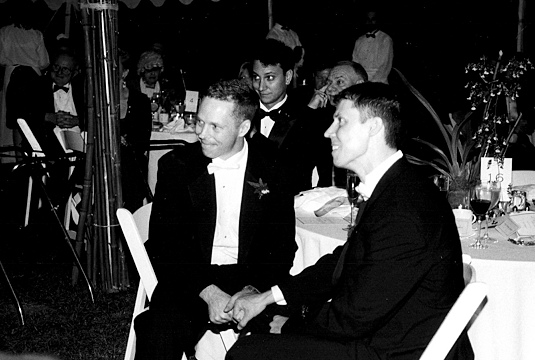 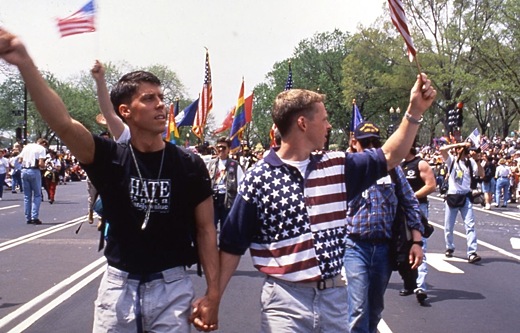 "Tracy and his then-partner, Michael, at a 1993 gay pride rally"

"The two were married in an Episcopal ceremony in 1999
(they’ve been together for 18 years total). They
have twin children, both a boy and girl. Thorne-
Begland says he never wanted to be a “long-term gay
activist.” His partner now works at Altria, and he
serves as the Chief Deputy Commonwealth’s Attorney. " 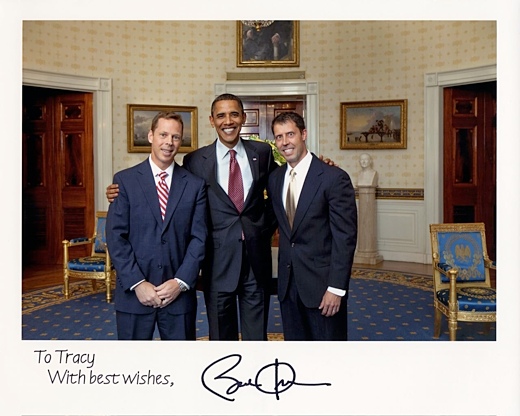 "Tracy Thorne-Begland walks me [reporter] to door of the
Commonwealth Attorney’s Office. We shake hands and
part ways. His shake, firm yet humble, is my lasting
impression of a man who has helped fight against an
entity that few have ever bested—the American armed
forces. He and other Americans did so with a
remarkable patience and astounding perseverance."
BARF!
1 posted on 05/22/2012 7:11:42 AM PDT by kevcol
[ Post Reply | Private Reply | View Replies]
To: kevcol

Comment 2: I see ^someone^ graduated at the top of their class in journalism school.

Where did they GET these children? How many loving NATURAL couples would have given their soul for this pair of twins.
The GOV needs to worry about this aspect rather than his foolish and futile efforts at picking up a few homosexual votes!

Engaging in illegal activity (homo marriage) is basis for removal of a judge, and these clowns are going to actually elevate him to judgeship.