Chicago Mayor Rahm Emanuel's announcement that "Chick-fil-A values are not Chicago values" and opposition to the fast food franchise's expansion there because of CEO Dan Cathy's anti-gay politics really ruffled some feathers.

Lauren Silich, the owner of Chicago's sole Chick-fil-A, is asking Emanuel to have a sit down to iron things out.

[Silich] invited Emanuel to meet her, her husband and management staff at her restaurant. The mayor's office had no immediate response. In an interview today, Silich addressed Emanuel's comments. "I get it," Silich said in an interview. "I’m from here as well."

"I just want people to know there’s a local face to this controversy," she added. "We’re not a corporate face. We love our city."

In a letter sent to the media, Silich also said that she and her staff are committed "serving all of our guests with honor, dignity and respect." She went on to highlight Chick-fil-A's immediate economic impact: "We alone created 97 jobs this past year and our passion is building leaders for future generations, regardless of sexual orientation or beliefs."

Will Emanuel meet with Silich or will he be a scaredy cat. (What, did you think I'd go with chicken?)

In other Chick-fil-A news, a group of teen activists from Youth Empowered to Act joined forced with GLAAD to protest the grand opening of a new location in Laguna Hills, California. Watch an NBC report on the protest and see some other images AFTER THE JUMP. TOPICS: Culture/Society; News/Current Events; US: California; US: Illinois
KEYWORDS: california; chickfila; getajob; homosexualagenda; illinois; indoctrination; marriage; publicschools; youngminds Navigation: use the links below to view more comments.
first 1-20, 21-40, 41-44 next last
Does it get any sillier than this??? Ridiculous posters, slogans and costumes. This is absurd and a sad commentary on where we are as a nation.
1 posted on 07/28/2012 12:32:30 PM PDT by scottjewell
[ Post Reply | Private Reply | View Replies]
To: scottjewell

This lie explains all the homo-ginned-up hysteria:

The intolerant haters are the ones protesting someones personal opinion.

Coon Rapids is right in my back yard!! I’ll be there when they open.

They are trying to kick CFA out of the Mankato campus.. I might be making a road trip to support them (about 100 miles)..

I’ve seen how “boycotts” work in areas of Los Angeles. They quickly turn into BLOCKADES, so that paying customers cannot get in.

WE MUST NEVER PERMIT THIS.

I see the California Communist Party has been putting together another demonstration.

Chick-Fil-A wins this phoney war, hands down. Look for great business and top notch earnings, as a result of the “dirt bag” Obamabot/Democrat antics. Wake up, America, Obama is trying his best to destroy the American way of life!!! End of story!!!

lol... Gotta laugh at the hypocrisy of it all.

Really? And they’re not calling for Christians to stay “in the closet”?

I went 10 miles out of my way today to get lunch at a Chick-Fil-A. The drive-through line wrapped around the building twice. There were people lined up outside the door.

I’d say Chick-fil-A is laughing all the way to the bank. and rightfully so . . .

To: WashingtonSource
If this is not a Chicago "value". Then I guess Muslims can't do business in Chicago. They have zero tolerance for gays.

This is just another liberal social bandwagon. Like the occupiers that couldn't live a day without, the very things they are protesting about.

The thought that they are our future is even more sad. BTW, I'm in on the buycott.

Hopefully these young punks will grow up someday and REALLY REALLY Really be ashamed of the Really stupid stuff they did for these photographs— then again they could grow up to become public school teachers— or Mere Politicians and remain stuck on stupid.

Does it get any sillier than this??? ... This is absurd and a sad commentary on where we are as a nation. 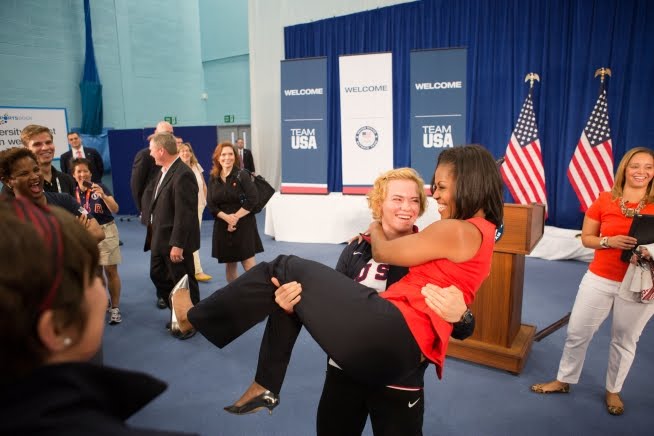 One customer laughingly commented to the counter person that they were famous now.

And the spicy chicken sandwich was very good.

You said it, brother. I noticed that “closets” poster and immediately knew theirs was a very silly protest.