R. Lee Ermey, the actor best known for his role as the drill sergeant in Stanley Kubrick's "Full Metal Jacket," claims he was fired by GEICO for criticizing President Obama.

After being asked about his GEICO commercial wherein he played a psychiatrist calling his patient a "jackwagon," Ermey said, "GEICO fired me because I had, I wasn’t too kind about speaking with the, about the administration, so the present administration. So they fired me."

"So they fired you because of political reasons?" asked the TMZ representative.

"Yeah," Ermey answered. "If you’re a conservative in this town, you better watch out."

TOPICS: Politics/Elections
KEYWORDS: ermey; fired; geico; jackwagon; jebbush; republicans; rino Navigation: use the links below to view more comments.
first 1-20, 21-40, 41-46 next last
This not unexpected but too bad. Hollywood is a joke. Kelsey Grammar feels he is being slighted because of his political beliefs as well.
1 posted on 08/26/2012 7:03:11 PM PDT by Mozilla
[ Post Reply | Private Reply | View Replies]
To: Mozilla

“There are more closet conservatives in Hollywood than closet homosexuals.” - Charlton Heston

Listen, O isles, unto me; and hearken, ye people, from far; The LORD hath called me from the womb; from the bowels of my mother hath he made mention of my name. (Isaiah 49:1 KJV)

Yeah That is true. A lot of them get slighted on jobs if they come out as conservative. This situation proves it. This is why people like Janine Turner, Kirk Cameron and others don’t get much work. There are some but very few.

Yeah They do have to keep quiet, Angie Harmon had enough and moved to Texas but has to fly in to do her TNT show.

You get what you deserve when you mess with a Gunnery Sergeant.

Yeah but he is very richly “slighted”

And why he left Camille...don’t get started

I won’t watch him in “Saving Silverman.”

There are a few of still who remembered how you tried to get a nationwide Radar Detector ban enacted and only succeed in banning them from military bases. And don’t forget promoting the the now dead National Maximum Speed Limit (NMSL).

[R. Lee Ermey - Therapist]
"That’s interesting. You know what makes me sad?
YOU DO!"

"MAYBE WE SHOULD CHUG ON OVER TO MAMBY-PAMBY LAND WHERE MAYBE WE CAN FIND SOME SELF -CONFIDENCE FOR YOU - YOU JACK WAGON!" 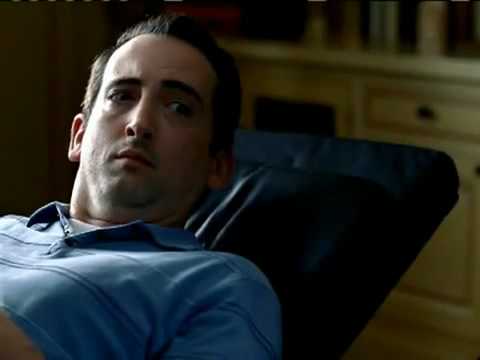 Funny as all get out.

You expected something different?

In the beginning at Wheeling, WVA, McCarthy said he had a list of 57 names of people that should have their clearances looked into and loyalties validated. He didn't "out" anybody.

McCarthy was receiving his information from J. Edgar and other sources within the FBI and State Department. He learned of commie infiltration of the U.S. gov't and the cover up by FDR and Truman administrations, as well as, members of Congress. He learned that there had been a committee to investigate communist infiltrators, but the problems/perpetrators still posed a threat.

The leftists began to get worried and stated to openly attack Joe McCarthy and try to undermine him and the information. Eventually, the held censure hearings against him.

During his hearings, one of the panel members (Welch) was egging McCarthy on and telling him...'Senator, the next time you ID a communist, won't you please identify him post haste without delay.' And if you know of any communists why won't you name names?'

McCarthy wasn't trying to "out" or "smear" or "blacklist" anyone. He was trying to ensure due diligence in the investigation and make sure the Alger Hiss' of the world wouldn't sell out our Chinese allies to communist rebels, communist infiltrators wouldn't be given positions in Army SIGINT, or communists wouldn't get positions in the Code Room at the Pentagon.

When Welch was egging McCarthy on to name names, McCarthy stated the Senator could start with members in his own law firm; indicating an employee at Welch's law firm that was an identified commie.

This sounds like McCarthy "outed" or smeared someone; however, eight months prior to this, Welch had decided to leave this particular aide behind (in Mass.?) because it could be construed as a conflict of interest since it was known the aide was a communist.

Welch replied with the now famous "Have you no decency, sir?" Later, Welch asked another colleague what he thought of the performance....because that's what it was; a performance. It was akin to Valerie Plume and the leftist indignation that she was "outed" when she had been outed for quite some time.

The left refers to McCarthyism as hysteria to out/blacklist/attack people by accusing them of being commie sympathizers; however -

McCarthy was validated by the Venona Project

McCarthy was attempting to ensure Due Diligence

McCarthyism is actually slandering and attempting to destroy people that stand up to leftists (Allan West, Sarah Palin, Joe McCarthy)

Anyhow, check out "Blacklisted by History." It will make you sick inside.

I know what it means.

Makes me wish I was a GEICO customer, just so I could cancel them.

Great voice-over video of the scene in the barracks with Disney characters.

True, But Kelsey claims since he turned outspoken about being a republican he did not get a Emmy nomination for his current show.