He spent campaign funds for a $40,000 Rolex watch. That is something that a pimp like him needs. I wonder if he has a red Cadillac Eldorado with white interior and wire wheels.

While pointing out that Jackson, Jr. was “one who is this good”, there was no mention of his 2010 affair scandal with Peruvian nightclub hostess Giovana Huidobro, which Jackson said “is a private and personal matter between me and my wife.” Something the media has had absolutely no curiosity about." 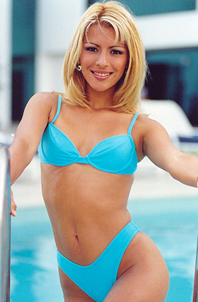 24 posted on 02/08/2013 10:47:23 AM PST by KeyLargo
[ Post Reply | Private Reply | To 19 | View Replies ]
To: forgotten man
He gave that to his short-term girlfriend, the woman with the long blond hair, can't remember her name. The women folks in his district (and they ALL voted for him) had to draw the line on this particular discretion...you DON'T associate with white women AND give them expensive gifts. And the voters began to turn sour on him and the rest will be history.

Good, another politician from Illinois who will be going to the big house. And how embarrassed Jessie must be....but at the same time relieved that it wasn't him the Feds were after. Jesse can look fondly at his family's history of a half-brother and a son who have/will do time in the pen.

Hopefully, Jesse will next get his turn. Never say never!