If you want a reminder that nannies never ever go away (and why public nuisances like Bloomberg are some of the least convincing advocates there are for ‘limited’, ‘reasonable’ gun control), here’s another story on the progressive (in both senses of the word) infantilization of New York City.

Young New Yorkers would not be able to buy cigarettes until they were 21, up from the current 18, under a proposal advanced Monday by Dr. Thomas A. Farley, the city’s health commissioner, and Christine C. Quinn, the City Council speaker… The new proposal would make the age for buying cigarettes the same as for buying liquor. It was not immediately clear whether Dr. Farley’s proposal would make it illegal for people under 21 to possess cigarettes, as well as to buy them.

So let me get this right; in the view of these two busybodies, a twenty year-old is old enough to vote, to join the army, to drive, be tried as an adult, well, you name it, but incapable—quite incapable—of deciding for himself whether to buy a cigarette.

I wish I could say  I was surprised by this latest lurch in the direction of prohibition, but, after the antics of the last few years,  I am not. And it’s important to stress that this move is not about health (well not much, anyway), but about control, government without limits, and the prohibitionists’ narcissistic need to demonstrate their own supposed virtue.

But, it was over a cigarette that the bomber was located, as Rush pointed out today.

But yet Bloomberg thinks the age of consent should be 16 and abortions for 13 year olds is A-OK...

4 posted on 04/22/2013 6:11:47 PM PDT by 2banana (My common ground with terrorists - they want to die for islam and we want to kill them)
[ Post Reply | Private Reply | To 1 | View Replies]
To: markomalley
So, one can enter into contracts, serve in the military, marry, emancipate themselves from their parents and have sex with their former or current schoolteachers, but they can't buy booze or cigarettes.

Sounds right to me /s.

Not only revolting, but unconstitutional as well. We have a stupid amendment that unfortunately allows 18 year olds to vote (it is true I voted at 18 because of that amendment, but I don’t vote moronically. I voted for Gerald Ford, afterall). If 18 year olds can vote, they can certainly by beer and cigarettes. This obnoxious action by Bloomberg can be opposed on constitutional grounds alone. 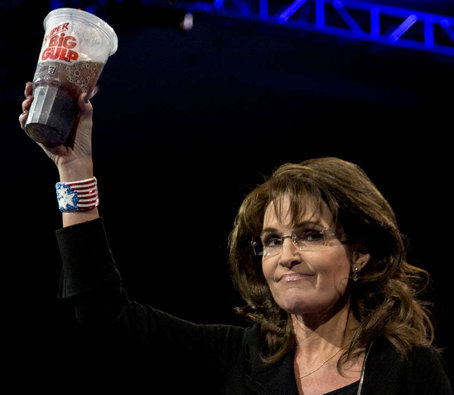 That or Bloomie has overstepped on both counts, and on many more.

This sort of thing is going to rip open that argument from the Vietnam days!!

I hope one day that this non=practicing Jew named Bloomberg, wakes up one day and his heart gave out during the night!