Just when you thought you'd seen it all, along comes an announcement from The Hub, a low-rated cable TV channel that is attempting to increase its audience of children between 2 years old and age 11 by airing a cartoon featuring a boy who gains super powers by wearing a special ring -- and dressing as a girl.

Set to debut on Saturday at 12:30 p.m., the gender-bending program stars twelve-year-old Guy Hamdon, “an extreme dude who inherits the power ring of his deceased aunt -- the amazing FEMALE superhero SheZow! The ring gives him villain-battling super powers, but was meant to be worn by a girl, and the result is absolutely she-larious!”

The 26-episode Australian-Canadian animated series begins with the death of the boy's Aunt Agne, who was the previous SheZow. The ring was meant for Guy's twin sister, Kelly, but her brother decided to put it on himself as a joke.

Once on his finger, the ring won't come off, and since it was intended to be worn by a female, Guy must wear a large wig, a purple skirt and cape, pink gloves and white go-go boots to gain access to the many powers it bestows, including tremendous strength, speed, flight and his strongest ability, a sonic scream. (Yeah, no gender stereotypes here.)

Whenever trouble arises, the boy says the magic words “You go, girl!” to become the cross-dressing superhero and returns to his secret identity by shouting “She-yeah!”

SheZow is assisted by his best friend, Maz -- who takes on a different sidekick identity in each episode -- and Kelly, who controls the underground “She-lair” with Sheila, the supercomputer.

Young male viewers will find even more absurd the premise that the hero uses his “beautility belt,” which contains various weapons concealed inside feminine products like laser lipstick and vanishing cream.

And what superhero series would be complete without super villains to battle? SheZow has a rogue's gallery that includes Megamonkey, Coldfinger, Candy Rapper, Tattoozula and his arch-enemy, SheZap.

During an interview with Joe Flint of Los Angeles Times, Margaret Loesch, chief executive of The Hub network, stated:

When I first heard about the show, my reaction was “Are you out of your minds?” Then I looked at it, and I thought, “This is just funny.”

Airing “SheZow” is something of a gamble for the channel, which debuted in October of 2010 and has easily lost in the ratings race by drawing only 56,000 viewers a day while Nickelodeon, Disney Channel and Cartoon Network attract an average of 934,000 children.

However, executives counter that although the numbers are small, they are on the rise. Its ratings among kids 2 to 11 are up 45 percent from last year and 75 percent from its launch. The Hub is even within striking distance of Nicktoons, which averages 80,000 kids in the same age group.

Along the way, “SheZow” has had its share of ups and downs. The series began as a “One Episode Wonder” on “Shorty McShort's Shorts” and drew such high ratings it became an animated series.

However, in order to air the series in the United States, the catch phrase had to be changed from “SheZow happens!” to “You go, girl!”

Despite the strange, bizarre premise, Loesch is maintaining a positive attitude about the series, speculating that if “SheZow” is a hit, the channel and its toy partner Hasbro can start merchandising her white go-go boots and her ring.

No, we probably won't.

It might be just goofy and funnyif we lived back in the days of Sid Caesar. But we don't. This is not just an innocent joke. It's meant to promote to children the idea the gender is fluid and meaningless. And if it makes conservative parents squeak, all the better. That just means it's doing it's job. This cartoon will win awards, be championed by GiLBerTs, and shoved in everyone's face as often as possible.

You will see little boys pretending to be gender-bending superheros. Any boys who pick on them for doing it will be labeled bullies and sent home from school. That is the goal.

Parental locks will come in handy.

Child abuse. Our children are under attack and in danger.

And the GOP needs to get rid of us far right tea party types.

Going after the young minds and bodies of the youth.

The forward slogan for the Democratic leftist. They want the kids!

I knew the Canadians would be involved in this abomination somehow. Here is Servo and the gang singing the Canadian song as tribute to these barbarians:

Just like real life! Where the "special powers" are affirmative action protection and enhanced penalties under "hate crimes laws"...granted just by being a boy and dressing as a girl...

There was a time when I would have considered this hilarious. But not any longer. This is not being made in a vacuum. There is an agenda here and it’s an agenda I disagree with. Society as a whole can not pretend that gender is meaningless and hope to survive.

It’s been a long time since most Americans had to face genuine evil. And so they can afford to play silly games with gender identity and other such nonsense. Our society will be ill prepared when real hardship returns.

It will only increase its viewership among the children of liberal parents trying to “transgenderize” or “homosexualize” their kids.

Guess I’ll block the hub on my FIOS. This sickness is starting to annoy. But, he looks fabulous!

Margaret Ann Loesch, is a veteran television executive, multi-award–winning producer, who is currently the President and CEO of Discovery Communications and Hasbro Inc's joint venture television network, The Hub.

In 1971, Loesch started her entertainment career with television programming and production positions at ABC then in 1979 with NBC. She then moved in 1979 to Hanna-Barbera Productions as Vice President for Children's Programming moving up to Executive Vice President. In 1984, she joined Marvel Productions as President and Chief Executive Officer. Loesch had also ran Fox Kids from 1990 until 1997. During this time she bought the X-Men TV series (which would prove to be wildly popular) for the network. For most of 1998, Loesch was President of the Jim Henson Television Group, where she was involved in the Odyssey Channel agreement with Hallmark Entertainment and National Interfaith Cable Coalition. She then move over to Odyssey in November 1998 as president and chief executive officer. With Hallmark taking over a majority ownership in Odyssey, Loesch lead a re-branding of Odyssey to the Hallmark Channel in 1999. In 2003, Loesch and Bruce Stein formed Hatchery, a family entertainment and consumer product company. She was hired for The Hub CEO position in July 2009.

"Gender" is a grammatical category.

"Sex" is a biological one.

The use of the word "gender" to describe the sex characteristics of human beings is a subversion of the language.

It encourages the notion that an imaginary psychological construct known as "gender" exists separately from the biological reality of sex, and that a person has a "gender" in addition to that person's sex.

Words are gendered. People are sexed.

You are right. Words have gender people have sex. Your sex is male or female. The sexual act is not the same as sex. An eighty year old nun has sex. She is female. 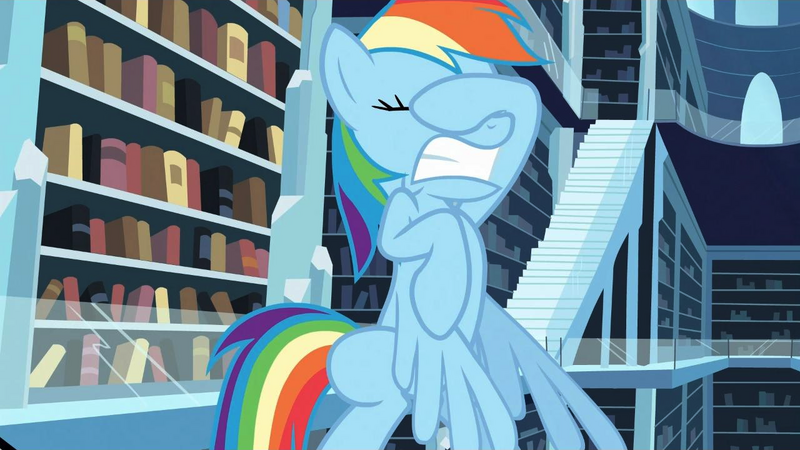 Is there ANYTHING these people can't corrupt!?

But What About all those times Bugs Bunny Dressed as a woman!?!?

It was played for laughs and if you remember Elmer Fudd et al, always got POD when he did that.

The enemy is inside the wire. TV is their pipeline.