Former “American Idol” runner-up Clay Aiken officially filed Thursday to run for Congress in North Carolina, saying that he wants to help end the gridlock in Washington and that no single political party has all the answers.

The performer, a Democrat, turned in his paperwork at the State Board of Elections to seek the 2nd District seat currently held by Republican Renee Ellmers. Aiken, who lives in the Raleigh-Durham area, announced his bid three weeks ago and must first try to win the Democratic primary in less than 10 weeks. …

> The performer, a Democrat,

Yes, of course he’s eminently qualified because he’s a performer and a DemonRAT.

My guess is “none” to all of the above.

he’s gay…what else does he need?

Well he figures he at least has a lock on the American Idiot voters.

Stupid part is that will probably be enough...

That’s the only reason he’s even considered for running.

Don’t forget...he’s gay. Maybe NC should just let him have the seat...voting against him would be sooooo homophobic.

I thought he wasn’t gay. He has a child by a woman. Of course, that doesn’t mean squat nowadays.

He’ll get most of the female vote.

Looks like a 3-way D primary.
He might have a shot, although it says one opponent formerly held state office.

RE: I thought he wasn’t gay. He has a child by a woman.

I think it was via artificial insemination, not using the old fashion way...

He a Charlie Crist will be campaigning together...if ya know what I mean! Wink! Wink!

Well at least one of them and it’s not sing. 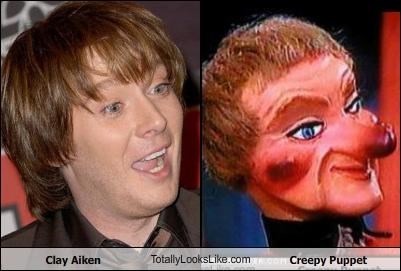 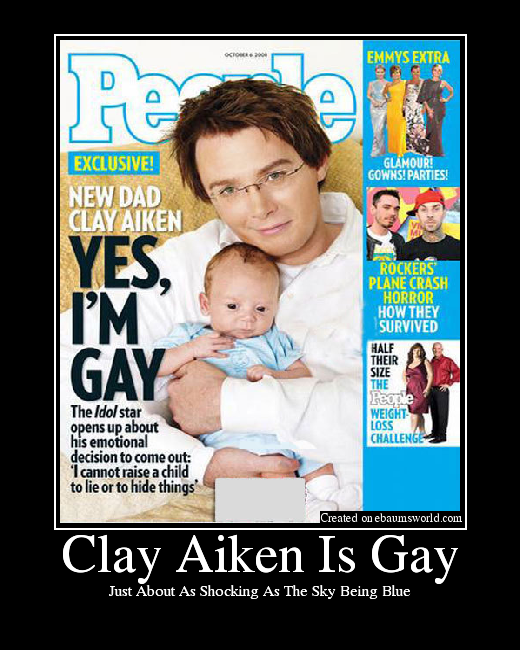 At about the 2 minute, 25 second mark in the video link above, Clay Aiken does to Kelly Ripa what ALL liberals want to do to those whom they want to SHUT UP...he LITERALLY covered her mouth.

I remember seeing this, and wondering which of the two hosts were more obnoxious....Kelly Ripa is an obvious liberal...but Clay is, too....anyway, Aiken really showed himself to be a jerk here.....

He worked as a camp counselor while in college.
He graduated from college with a degree in Special Education - he is a teacher.
His background is Southern Baptist. However, I seriously doubt that he is in good standing with his old church now.

You shouldn’t be raising a child PERIOD, pervert.