Malaysia Airlines Flight 370:Doubts Raised Over Some Pings Thought to Be From Plane
WSJ ^ | 12 May 2014 | Daniel Stacey

The doubts—based on further acoustic analysis of the transmissions by Australian authorities over recent weeks—represent another potential setback in the two-month-old operation. An initial underwater search in the southern Indian Ocean has already failed to find any sign of the missing plane, while a costly air-and-ship search of the ocean's surface turned up only garbage.

Authorities in April clung to hope that electronic transmissions picked up by Australian naval vessel ADV Ocean Shield on four occasions on April 5 and April 8 would provide a breakthrough in the search. But authorities are increasingly considering only the two transmissions on April 5 as relevant to the search, Australian naval Commander James Lybrand, captain of the Ocean Shield search vessel, said in an interview late last week. Further analysis of the streams of signals detected three days later on April 8 has led authorities to doubt that they were from a man-made device, Cmdr. Lybrand said.

The Joint Agency Coordination Center, the Australian agency leading the search, didn't immediately respond to a request for comment on Cmdr. Lybrand's remarks.

analysis of the streams of signals detected three days later on April 8 has led authorities to doubt that they were from a man-made device, Cmdr. Lybrand said.

See, I knew it! Space Aliens!

Call Ed Harris, he knows what they are.

This is almost starting to sound like the plot of Airplane.

‘Sum Ting Wong’ is more apropos in this aviation case.../s

Maybe that plane never existed in the first place.

There were 4 pings in that area.

They are simply dismissing the 2 least likely to concentrate on the other 2 most likely. 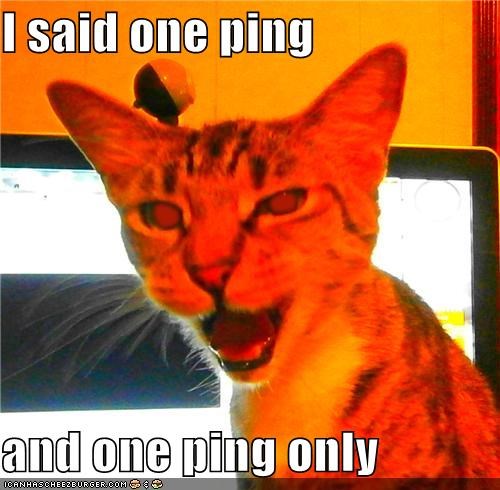 We need to show more patience here. It just took too long for the poor Iranians to figure out which button to push, now no one wants to play.

Wonder if anyone is looking in Brunei. The Sultan has recently gone full Sharia Islamic law. Wonder if the Jahadi’s have found a new hideout and a new plane?

They seem to have searched near the least likely first, though...

That’s probably why they dismissed it —

Good one. I was too buried in formatting .csv files and missed that...think it’s time for a brew.

Lybrand gave no explanation as to what the 8 April pings were.

But archaeologists have previously surmised that the signals may have come from satellite tracking devices tagged to marine animals like sharks and turtles.

So then all those tagged turtles, sharks, whales swimming around down there are interfering with black box pings —