Right Sector leader Dmytro Yarosh has said that representatives of his organization will contribute to ensuring security at voting stations in eastern Ukraine.

What could go wrong?

From: FireDogLake
Victoria Nuland Accused of Meeting with Neofascists in Washington DC
5/19/2014

Given Benghazi, there is no way she would ever dream of meeting with them, right?

Let’s just hope this Right Sector can’t disrupt this election enough so the losers can say it wasn’t fair.

That right there could be used by all opposition parties to cast serious doubt on the veracity of the outcome.

McGruss. I appreciate your post, but this video has also been recently reported invalid.

It is reported with reference to Tsenzor.NET News Donbass.

The attackers threatened praying, promising that “if believers will gather here in the evening for prayer, all shot.”

“Dear journalists, international observers, residents and visitors!
Tonight will also be a prayer, like the previous 77 days. Recall that tomorrow, May 24, planned to hold an interfaith prayer, which will be held from 12:00 to pl.Konstitucii 13:00. as it is not a prime time for our country, people of different faiths throughout Ukraine were united for prayer that God will heal our country, sent the world to not killed people, but instead come from hate to love and reconciliation.

In all regional centers of Ukraine, at the same time, held an interfaith prayer. Donetsk, also joined the prayer together. If you love God, people and our homeland, we invite you to hour prayer standing. The event carries a purely religious nature, so please refrain from political statements and rhetoric. We invite the public and the media to take part in an interfaith prayer for Ukraine”, - wrote Pastor Sergey Jamb to Facebook. Source: http://censor.net.ua/n286658

Have you heard any more info on Odessa?

Merkel and Hollande have both said that the Trade Union House building being burned to the ground was an “unlawful” act, and that there needs to be a full international investigation into this.

“If we hadn’t done this [in Crimea], we would have had more tragedies than those which we now see in some Ukrainian cities, for example, in Odessa, where unarmed people have been burned alive: Fifty people have been burned, another 50 went missing. Where are they? They are killed, too,” Putin said at the St. Petersburg Economic Forum.

18 posted on 05/23/2014 8:25:57 AM PDT by Laissez-faire capitalist
[ Post Reply | Private Reply | To 15 | View Replies]
To: Laissez-faire capitalist
Update....it's being said voting stations in Eastern Ukraine will not be opened given the fighting continuing........ Looks like Right Sectors agenda to stop any voting in Eastern Ukraine has succeeded..............Meanwhile Kiev Gov. is distributing "Proper Definitions" of people as follows 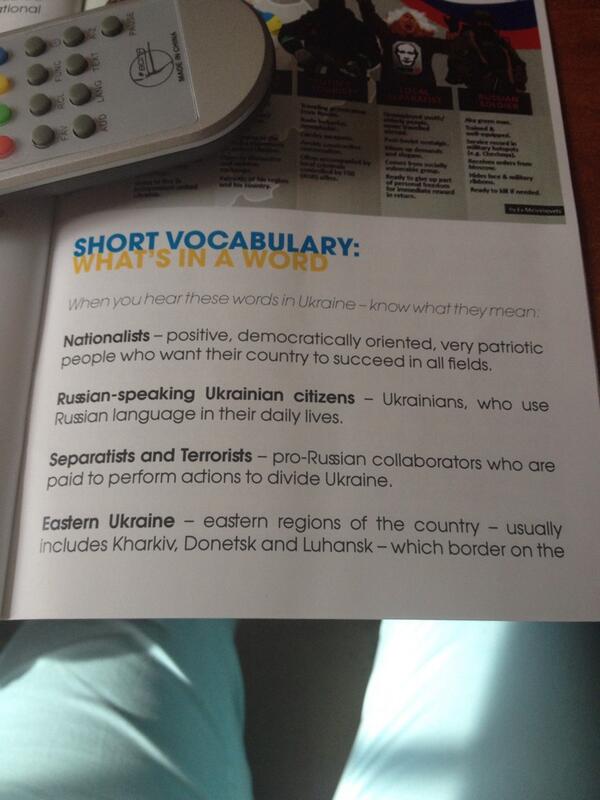 - Kharkov is in stranglehold grip of Western Ukrainian Nat Guard and Right Sector...tension and fear is palpable,all demonstrations banned.

- “Right sector” preparing 4 invasion to South-East of Ukraine on 25 May...currently in operation.

- video...30 Ukraine Soldiers defect to side with Self-defense