This Kiev air traffic controller is a citizen of Spain and was working in the Ukraine. He was taken off duty as a civil air-traffic controller along with other foreigners immediately after a Malaysia Airlines passenger aircraft was shot down over the Eastern Ukraine killing 295 passengers and crew on board.

The air traffic controller suggested in a private evaluation and basing it on military sources in Kiev, that the Ukrainian military was behind this shoot down. Radar records were immediately confiscated after it became clear a passenger jet was shot down.

Military air traffic controllers in internal communication acknowledged the military was involved, and some military chatter said they did not know where the order to shoot down the plane originated from.

Obviously it happened after a series of errors, since the very same plane was escorted by two Ukrainian fighter jets until 3 minutes before it disappeared from radar.

Some tweets received suggest this may have been a secret military uprising against the current Ukrainian president under the direction of formerly-jailed Prime Minister Timoshenko.

According to other rumors, the black box for this crashed Malaysian Airlines flight was taken by Donetsk separatists. A spokesperson for the rebel group said this black box would be sent to the Interstate Aviation Committee headquartered in Moscow.

The First Deputy Prime Minister of the self-proclaimed People's Republic of Donetsk, Andrew Purgin, stated that the flight recorders of the crashed aircraft will be transferred to Moscow for examination.

Sources say the Rebel group leadership hopes this would confirm the Ukrainian military actually shot down this aircraft. This was reported by the news agency Interfax-Ukraine.

ETN statement: The information in this article is not independently confirmed and based on the statement of one airline controller and other tweets received.

C’mon Vlad. You can do better than that. Our spy guys know what and whose planes are up there at all times anyway. Sheesh.

The fix is in. The day it happened I read the reporters saw rebels with the equipment to take the plane out right before it happened.

Come on comrade, Vladimir the great does no wrong. Those silly Americans are just trying to blame Mother Russia when they are the dogs, lying in bed with those evil Ukranians.....

Just ignore that a separatist took responsibility, then renegged when he realized it was a commercial plane. Ignore that the missle was shot from territory not held by the Ukranians. Ignore the pictures of the launcher inside of rebel controlled territory.

Blame everything but the folks that launched the rocket.

4 posted on 07/19/2014 6:32:09 AM PDT by NYRepublican72
[ Post Reply | Private Reply | To 1 | View Replies]
To: NYRepublican72
Just ignore that a separatist took responsibility, then renegged when he realized it was a commercial plane. Ignore that the missle was shot from territory not held by the Ukranians. Ignore the pictures of the launcher inside of rebel controlled territory.

We're instead supposed to believe an anonymous, unconfirmable source.

Old as the hills, too. Anybody on the trigger would know the jet was more than SIX MILES high.

Of course.. Comrade Vladimir is a good, good man. He’s not ex-KGB or anything.

Yes but the White Hut narrative is that it will take months to evaluate that data. So, just pretend it didn’t happen.

our spy guys have not been getting the job done in the past few years - some major failures.

9 posted on 07/19/2014 6:43:56 AM PDT by elpadre (AfganistaMr Obama said the goal was to "disrupt, dismantle and defeat al-hereQaeda" and its allies.)
[ Post Reply | Private Reply | To 2 | View Replies]
To: Renfield
A spokesperson for the rebel group said this black box would be sent to the Interstate Aviation Committee headquartered in Moscow.

adn from there to the gulags in Siberia for deep interrogation and reprogramming of its thought processes, no doubt.

That “separatist took responsibility” bit comes from a tweet that was reported in the western media to have come from a rebel leader, but in fact came from a web site that purports to support him. Be very careful about what you read in the mainstream media. We’re seeing a coordinated propaganda offensive here; at the very least our ruling elite is attempting to exploit this tragedy for its own gain.

Russia would have nothing to gain from such a ham-fisted move; and whatever you may think of his motives, Putin isn’t stupid enough to do sponsor such an act. At this point, the following possibilities strike me as most likely:

Although the overall assertion of this article is likely false, it lays out the pieces of the puzzle in a way that shows us the true perpetrators.

Ukrainian military flying side-by-side with the Malaysian airliner. Why offer the protection of an escort just to shoot it down?

Ukrainian separatists say at first they’ve shot down the jet, claiming it was a military aircraft.

Of course they thought it was a military aircraft. Just moments before, it was in formation with other military aircraft. Clearly, they were prepping the missile attack while the airliner was part of a formation of three jets, at least two of which were Ukrainian military.

Then, upon realizing that they’d murdered 300 innocent folks, they deny having anything to do with it.

Justice for Putin would come at the end of a rope.

12 posted on 07/19/2014 6:46:02 AM PDT by sitetest (If Roe is not overturned, no unborn child will ever be protected in law.)
[ Post Reply | Private Reply | To 1 | View Replies]
To: Uncle Chip
"A spokesperson for the rebel group said this black box would be sent to the Interstate Aviation Committee headquartered in Moscow." 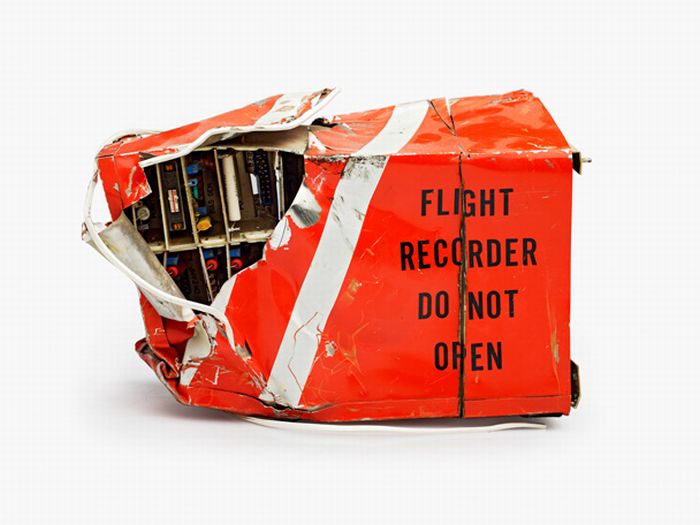 > basing it on military sources in Kiev

I think the story line would be that Ukrainian fighter jets intercepted the 777, forced it to divert and then escorted it to a point above the Russian missile base all the while giving the impression that the flight of three aircraft was military.

As soon as the flight was over the base and, the fighters bugged out and let the 777 get hit.

So... you're suggesting that the Russian excuse here is, “Those mean, bad, super-powerful Ukrainians FORCED us to murder 300 people!”

Okay. Putin can try that on for size, if he wants.

Is it possible that the airliner was being escorted by Ukraine military jets to make it appear that it was a military plane to the folks on the ground? If so, the responsibility for this would lie with the Ukraine military.

Question... Is it normal procedure in that theater for an airliner to be escorted in this fashion?

Just saying, it could have been a setup...

I don't believe anything about any subject that originates from any government.

I have no idea what is going on, but that seems to be the emerging story line and is a plausible explanation for why the 777 changed course and entered the airspace of a conflict zone.

Both Russia and Ukraine are populated by ex KGB types so disinformation and misdirection operations are a way of life.

In this case the only parties that benefited are the Globalists in the US/NATO and the Kiev junta.