A Republican-led Senate panel on Thursday narrowly approved legislation that would bar most transfers of terror suspects from the U.S. prison at Guantanamo Bay, Cuba, a major roadblock in President Barack Obama’s push to close the detention center.

In a closed-door session, the Armed Services Committee voted 14-12 for the bill sponsored by Sen. Kelly Ayotte of New Hampshire and backed by the panel’s chairman, Sen. John McCain of Arizona.

Just as the panel was deliberating, the White House said Obama would veto the legislation if it reaches his desk. The president vowed as a 2008 candidate that he would close the federal prison, but congressional Republicans and some Democrats repeatedly have blocked his efforts during the last six years. … 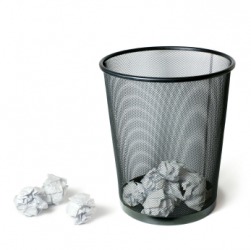 Make the Kenyan VETO something every day. Lets see who is the obstructionista.

Is that the same John McCain who, in 2008, vowed to close GITMO "on Day One" of his presidency and relocate terrorists to prisons in the US -- most likely Leavenworth?

The bouncing back and forth of McCain on this issue makes Kerry look like less of a flip-flopper sometimes. Even last year, there were articles about McCain wanting to actually help Obama close the place.

Has the smell of a party line vote.

Hang all those left, shut it down, and donate to the Castro bros.
Gitmo 2.0 can be an annex to the Obama POTUS library.