Sen. Ted Cruz plans to announce Monday that he will run for president of the United States, accelerating his already rapid three-year rise from a tea party insurgent in Texas into a divisive political force in Washington.

Cruz will launch a presidential bid outright rather than form an exploratory committee, said senior advisers with direct knowledge of his plans, who spoke on condition of anonymity because an official announcement had not been made yet. They say he is done exploring and is now ready to become the first Republican presidential candidate. …

Gingrich? Sorry, not a conservative.

Then neither are you. 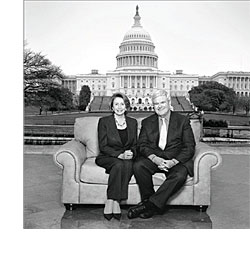 When did their lies become fact?

184 posted on 03/22/2015 10:03:00 PM PDT by Olog-hai
[ Post Reply | Private Reply | To 118 | View Replies]
To: eddie willers
You and I have actually had many nice conversations and/or been commenting on the same threads over the years (maybe you forgot, I didn't) that I was surprised to see it was you echoing the silly and ludicrous charge that Agamemnon made earlier. If it hadn't been you posting, I wouldn't have bothered given any explanation at all.

Then, please excuse me for the over-abundance of suspicion as I have had it up to here for people giving lame excuses as why not to back the best conservative in this race. You may or may not have a point, personally, I don't believe so, but so be it.

I didn’t say they did

I said don’t waste time with them

The key to. GOP nomination is through FOX though maybe it can be done with them as adversary

I watched them and Drudge kill Newt when he got traction

The hostile MSM just got to sit back and watch

Palin got nothing but negatives from her forays into the MSM

They lie yes but the stupids don’t care

So think how bad everyone else must be

There is nothing Cruz can say to sway any MSM.....NOTHING

Their lies became fact by perception

But Katy Couric or Tina Fey did

And most folks believe it

It’s like Shapiros book....the media ridicules the right to diminish them

Lies become perceived as truth by the ignorant

And those who know better were already on our side

The only tact I’ve seen work is Newts

Confront them and keep them off balance

Reagan was special....far more social conservatives then and his genial acting career was a plus

He needs to pull out all stops for the base first

187 posted on 03/22/2015 11:19:03 PM PDT by wardaddy (Dems hate western civilization and GOP are cowards...We are headed to a dark place)
[ Post Reply | Private Reply | To 184 | View Replies]
To: Olog-hai
I was proud to have made this graphic during his campaign when the eGOP was ramming Mittens Romney down our throats.